It can be frightening when people "justify" their actions, often positing their viewpoint with a sensationalized vigor.
They are clearly right and Every­one else is wrong, or Somebody else got it all wrong, or it’s the Other Guy’s fault entirely. It is Everyone, Somebody or the Other Guy – often despite tons of contrary information.

Thus it is with January’s $22.8 million court verdict over a faulty tire repair.

If you are not a regular reader of our daily e-newsletter (totally FREE, by the way, and you can sign up at tirereview.com), we reported that earlier this year a San Diego jury awarded $14.5 million to the three children of a couple who were killed in a July 2006 accident caused by an improperly performed tire repair. The jury found that the bad repair caused a catastrophic tire failure, flipping over the couple’s Ford E350 van on Highway 98 near Page, Ariz. 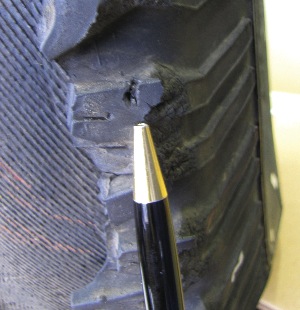 In addition to the jury verdict, the estate received another $8.3 million settlement from other defendants.
A grand total of $22.8 million over a $5 repair.

The main defendant, a Ford dealer, performed the tire repair in August 2005. Plaintiffs’ counsel showed that the dealer failed to take the tire out of service, failed to properly train its employees, and failed to follow industry standards in repairing the tire – a triple-header of failings that led to three orphaned children.

Because the court records are sealed, we learned later that the faulty tire repair was entirely avoidable – had the young man who did the repair received any training at all. How many tires had he repaired prior to tackling the E350’s leaking tire?

One. With no more “training” than a down-n-dirty, verbal how-to.

The photos here – actual photos of the damaged tire – show a 1/8-inch puncture well into the shoulder area and outside of the industry standard repairable area.

And as you can see, the puncture was “repaired” using only a patch – no plug of any kind was installed – and the damaged area was not prepared. The puncture was not reamed out and the innerliner was not cleaned, buffed or scraped. Further, no sealant was used to cover the patch.

In short, according to one repair expert, this was an accident waiting to happen.

So what do you think some online readers had to say about this story?

Go online and read the exact comments. They’ll send chills down your spine. In short, though, these so-called “professional” tiremen blamed Every­one, Somebody or the Other Guy.

“I believe this becomes the baseline for all future repair lawsuits,” said Kev­in Rohlwing, TIA’s senior vice president of training. “Every time a repaired tire fails and someone is injured or killed, that $22 million award will be front and center for the jury. It opens the floodgates and sets a new bar for these types of accidents. If this trend continues, the cost of insurance will make it nearly impossible for most retailers to survive.” 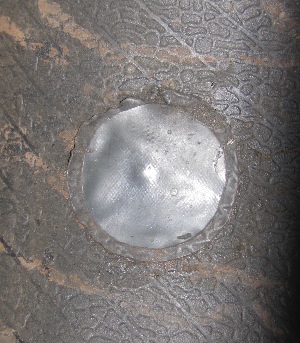 Kevin is dead-nuts on. The bar has been set, and pretty damn high. I know a lot of, shall we say, “well-off” tire dealers, but not too many can write that check. And insurance com­panies aren’t willing to do so, either.

In a post- verdict release, plaintiffs’ counsel said, “We were able to evoke real change and get the word out to tire repair facilities of the impor­tance of following tire repair rules to a ‘T.’”

The “word” has always been there if you took the time to look. Educate yourself and your staff. Visit the TIA website or the RMA website or the TRIB website to download tire repair standards and/or sign up for training. You won’t regret it.

Editor's Notebook: Work ‘On’ Your Business, Making Culture a Priority

Winning the Customer Care Game
Connect with us