Toyota has installed direct TPMS united in the following Toyota and Scion models:

The direct TPMS system for the Toyota vehicles listed here uses a button labeled “SET” located below the steering column or in the glove box to reset the system. When you press the button, the system looks for the sensor IDs that are already stored in the memory.

This button is not a magic button that saves you from purchasing TPMS tools and investing in training. In fact, this button can get you into even more trouble if you are unfamiliar with TPMS sensors and reset/relearn procedures.

Typically, systems use a light on the dashboard and do not display individual pressures (some 2010 models display pressures in the driver information area on the dashboard). When the vehicle is started, the light should illuminate for three seconds and go out, signifying that the system is functioning normally. If the light stays on, it means that the system has detected low inflation pressure in one or more tires. The inflation of all the tires (sometimes including the spare) should be re-checked.

If the light flashes for one minute after the ignition is turned on, or it continues to flash, it is a sign the system has a malfunction that needs to be diagnosed and corrected. On some models, the frequency and length of the flashes can be used to diagnose a problem.

If you push the button while the vehicle is moving, initialization is not performed.

If you push the tire pressure reset switch accidentally and initialization is performed, adjust the tire inflation pressure to the specified level and initialize the system again.

If the tire pressure warning light does not blink slowly three times when you push and hold the reset switch, initialization has failed and the TPMS may not work properly. In this case, initialize the system again.

If there is a problem with one or more of the sensors communicating with the TPMS module during the reset procedure, it could go into a “looping” mode where it locks out the use of the SET button, and the TPMS light will flash. The system is now stuck in this looping mode, and no matter how many times you press the SET button or cycle the ignition, the light will continue to flash.

The only way to stop the looping – the system looking for sensor IDs that may not be in the memory – is to perform a procedure that puts the system into a learn mode (see sidebar).

The relearn procedure is not complete until the vehicle is driven at 19 mph or faster for at least one continuous hour.

Toyota uses either Pacific or TRW sensors and modules as OE. The system monitors more than pressure and temperature, it also looks at the wheel speed sensor, engine RPM and other inputs to make sure the system is operating within set parameters. If the vehicle has problems with any of this information that is shared along the CAN-BUS, it will not function properly.

Whenever you replace a sensor, module or install a second set of wheels, the new IDs for the sensors must be programmed into the system through the OBD-II connection. The ID numbers can be found on the sensors.

Sometimes it is not until the tire is installed on the wheel that techs realize they now need the ID numbers. Some dedicated TPMS tools can collect the ID number by either capturing the periodic transmissions from a sensor or by activating the sensor by letting pressure out of the tire so that the pressure drops 6 psi within 30 seconds.

After you have the sensor ID numbers, it is just a matter of following the directions on whatever tool you are using and inputting the ID numbers. Some tools make it easier than others, and some will even tell you if you have to collect an ID number from the spare. 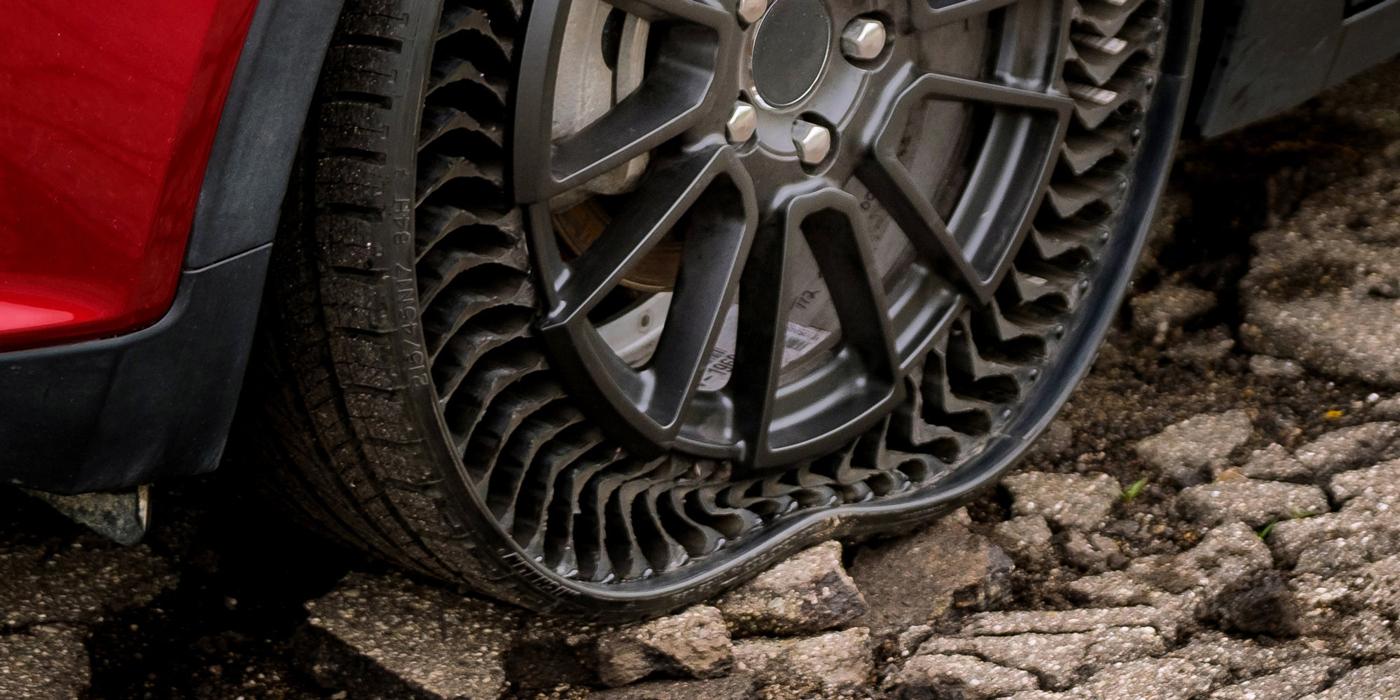 Do Airless Tires Mean TPMS is a Thing of the Past? 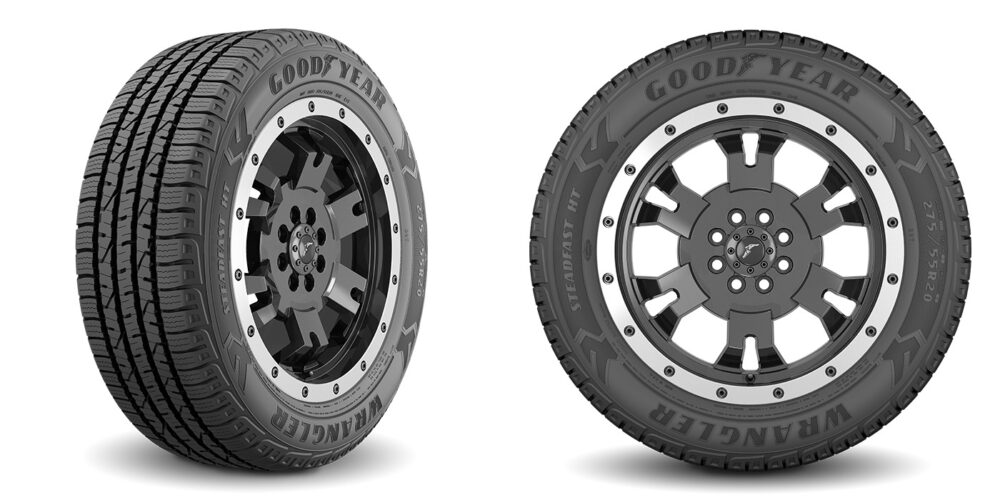 Backed with a 70,000-mile treadwear limited warranty, Goodyear said the Wrangler Steadfast HT features a long-lasting tread compound for longer tread life and deeper, wider grooves designed to help provide wet traction and control. The company said the use of DuPont Kevlar in the tire tread provides puncture and heat resistance to help protect against pothole damage and handle whatever the road has to offer. 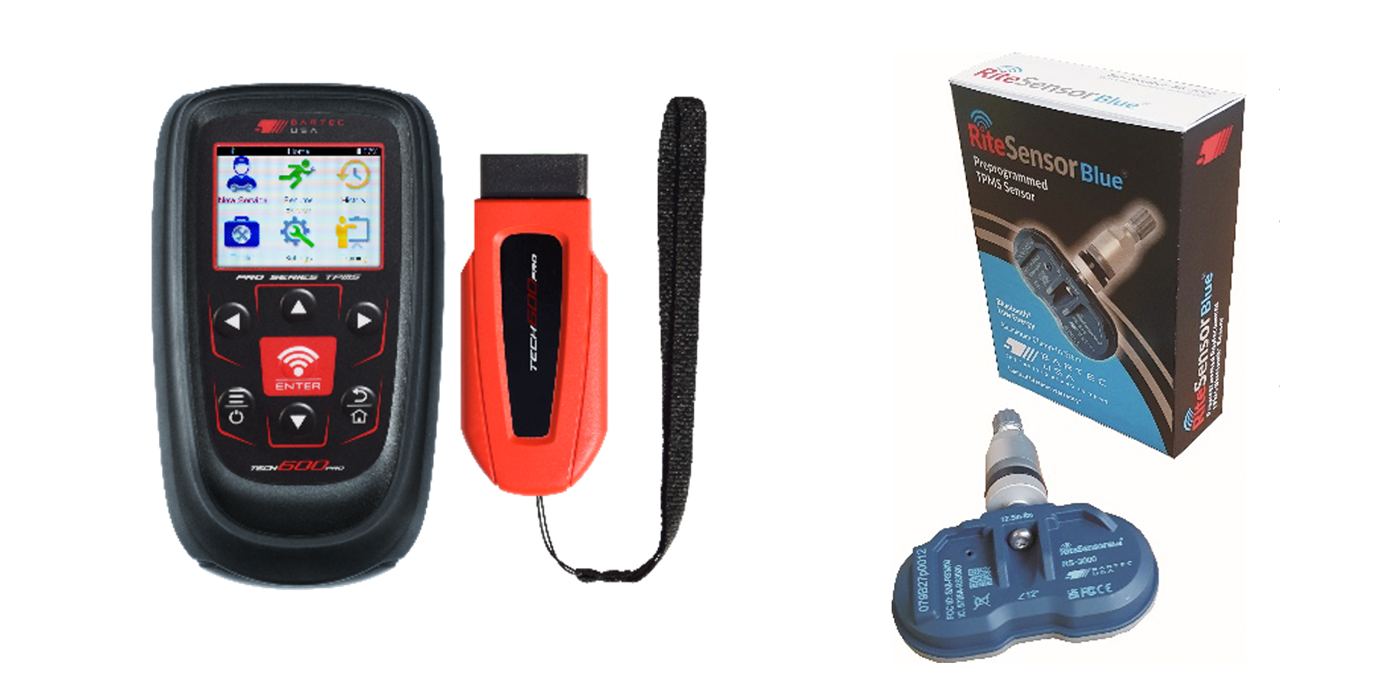 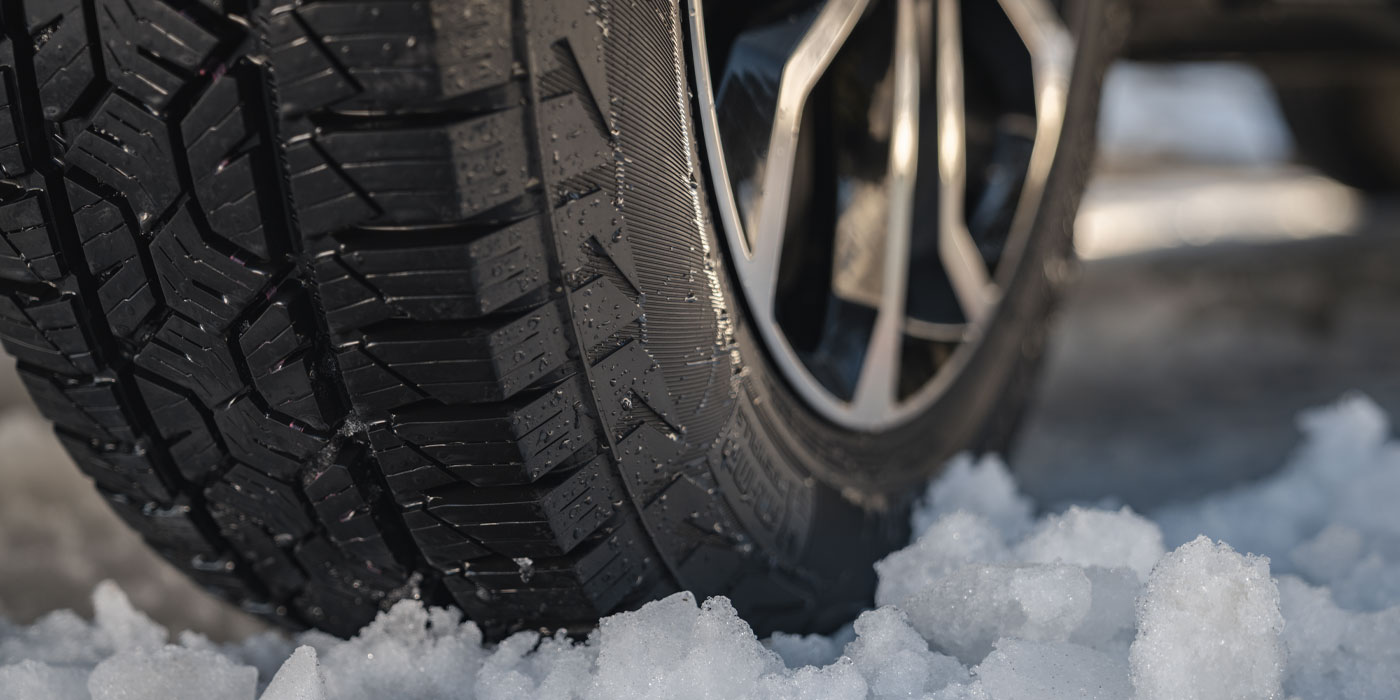 Winter is here, which could mean unexpected TPMS issues for your customers. In some parts of the country, arctic temperatures and massive snowfall create nasty driving conditions, opening the door for tire pressure issues to form and sensors lighting up dashboards. Related Articles – Complete Tire Repair Packages Build Customer Trust – Will My Tires 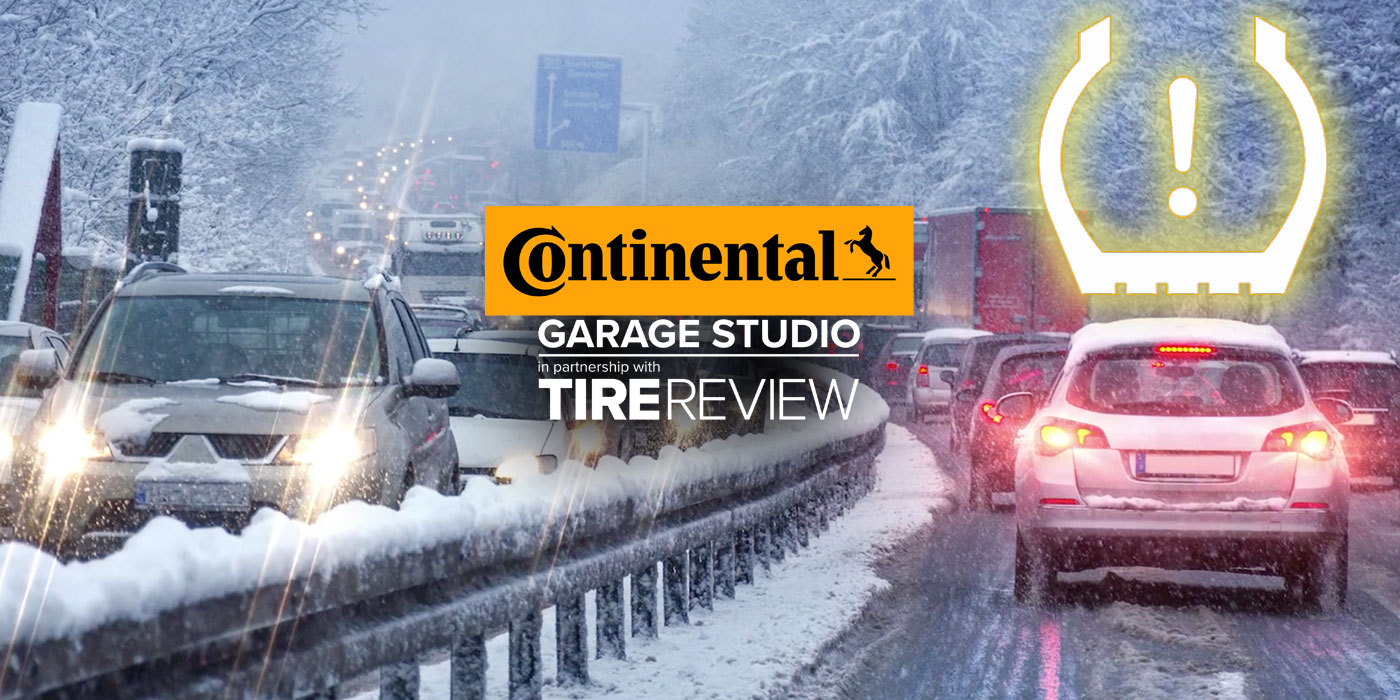 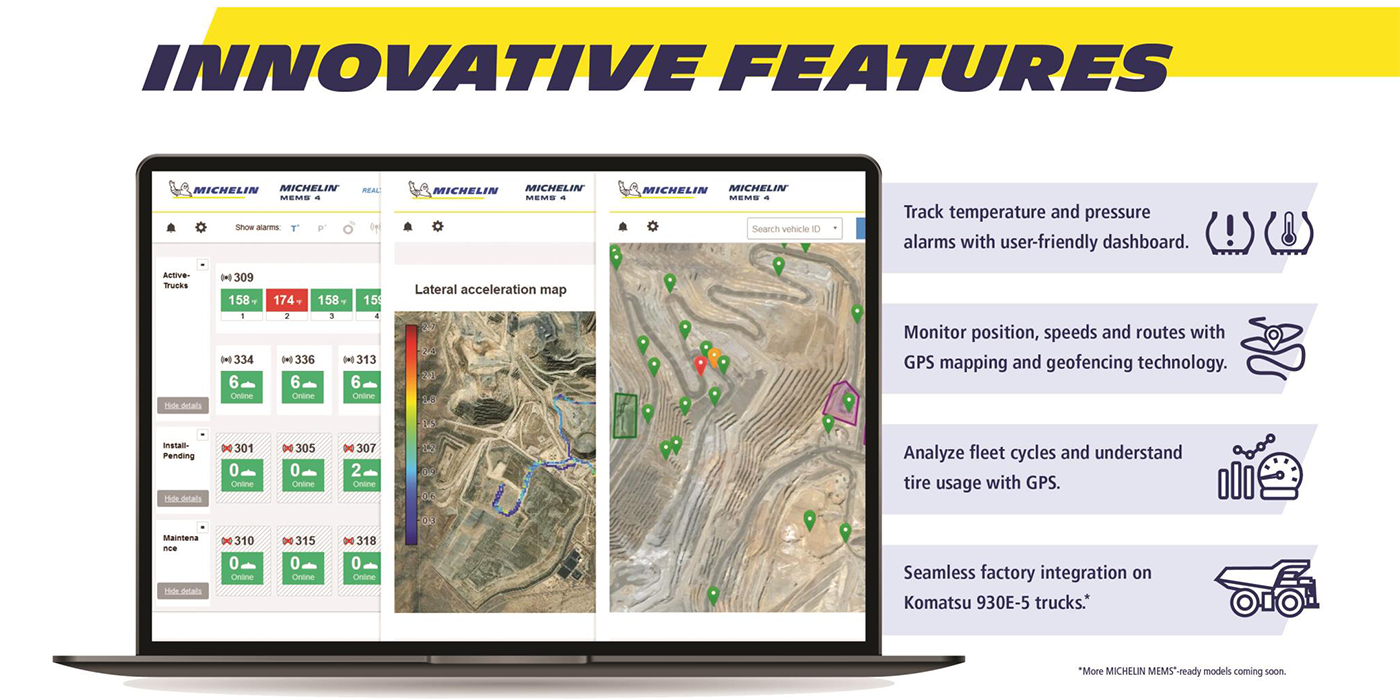