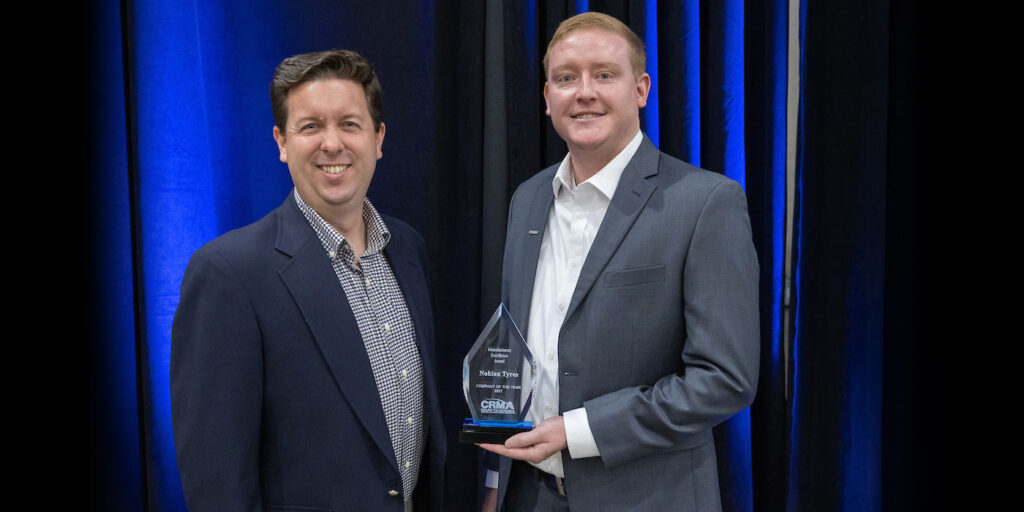 The Chattanooga Regional Manufacturers Association named Nokian Tyres its 2021 Company of the Year at its annual awards ceremony in Chattanooga in October. Nokian Tyres’ North American factory in Dayton, Tennessee, received the award as a result of its commitment to safety, robust community efforts, sustainability achievements and innovation, the company says.

Nokian Tyres opened the Dayton factory in 2019 and is growing production there, with full capacity of approximately four million tires per year expected once ramp-up is complete. Workforce at the factory has more than doubled in 2021, and Nokian Tyres continues to seek qualified workers to fill its growing number of positions, the company says.

More than 300 employees, 70% of whom live within a 20-mile radius of the factory, work in the highly automated facility. Nokian says it uses latest-generation technology and rigorous quality and safety standards to craft tires at the factory, which has earned ISO 9001 and ISO 14001 certification for its quality control and environmental practices, respectively.

The company was also recognized for its community engagement efforts. Local outreach includes a scholarship program for high-achieving students at Rhea County High School, sponsorship of Nokian Tyres Summer Nights – a summer concert series in Dayton – partnerships with educational institutions in the area, thousands of dollars in donations to non-profit organizations in Dayton and beyond.