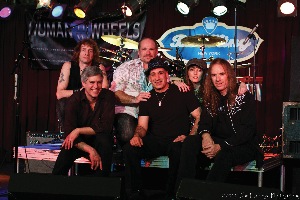 JoelCaplan, owner/partner of BC Tire, based in Piscataway, N.J., not onlyunderstands and appreciates these two passions, he’s found a way toincorporate them both into a grassroots marketing effort that paiddividends to his business.

In late 2010, BC Tire had built up a nest egg of co-op dollars withHankook Tire America, which is one of the dealership’sstronger-performing brands for its two retail stores and its wholesalebusiness. After attending a guitar show in New York City – and byhappenstance – Caplan met the legendary “Queen of Classic Rock,” MariaMilito, disc jockey at Q104.3, the top classic rock FM radio station inthe U.S. The conversation eventually centered on the two topics nearand dear to Caplan’s heart – tires and music.

This opened the door for a marketing idea few dealers might come upwith – a concert at the famed B.B. King Blues Club in New York City.With Q104.3’s help, it took on epic proportions with radio spotspromoting the show, a Hankook tire giveaway at the show and perhaps themost important piece of this marketing puzzle: the headlining band atthe Feb. 1 concert was Human Wheel – a John Mellencamp tribute bandfeaturing none other than Caplan on bass guitar. 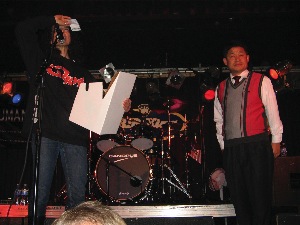 In the end, the effort encompassed 30 days of radio spots for BC Tire,the concert itself, four tickets to see the real John Mellencamp atRadio City Music Hall, and a set of Hankook tires personally awarded toone of the 300 concert-goers by Hankook’s North America President SooII Lee.

“My passion for my day job is certainly very rewarding, but my passionfor making music really came to life at B.B. King’s. It was definitelythe thrill of a lifetime,” Caplan said.

Even his partner, Frank Brearley, who was in attendance and delightedwith the entire marketing effort, was spotted looking for a tambourineso he could jump in with the band.