The company expects the first production tires to come on-stream in April 2012.

Double Coin Holding chairman Liu Xun Feng said that work is progressing rapidly on the joint venture passenger/light truck tire plant it is building in China with Groupe Michelin and its own parent company. 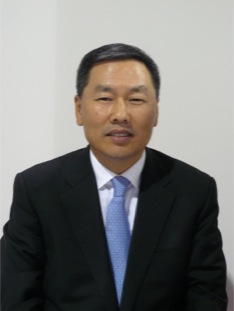 Liu told Tire Review during the SEMA Show/Global Tire Expo that the company expects the first production tires to come on-stream in April 2012.

Liu, visiting the show for the first time, is also head of Shanghai Huayi (Group) Co., Double Coin’s parent. HE also said the products coming from the new joint venture plant “will not be entry level tires.”

The company is 40% owned by Michelin and 60% owned by Double Coin and Shanghai Huayi. Michelin contributed $75 million to the estimated $390 million cost for the plant in Wuwei, Anhui province, some 300 miles west of Shanghai.

Initially the plant will be dedicated to meeting OE and replacement demand in China, with export to North America and other markets beginning in late 2013, and growing as capacity grows.

“Our target is very clear – we are focusing on the Tier 2 and those companies at that level. From there, we can set our sites higher,” Liu said.