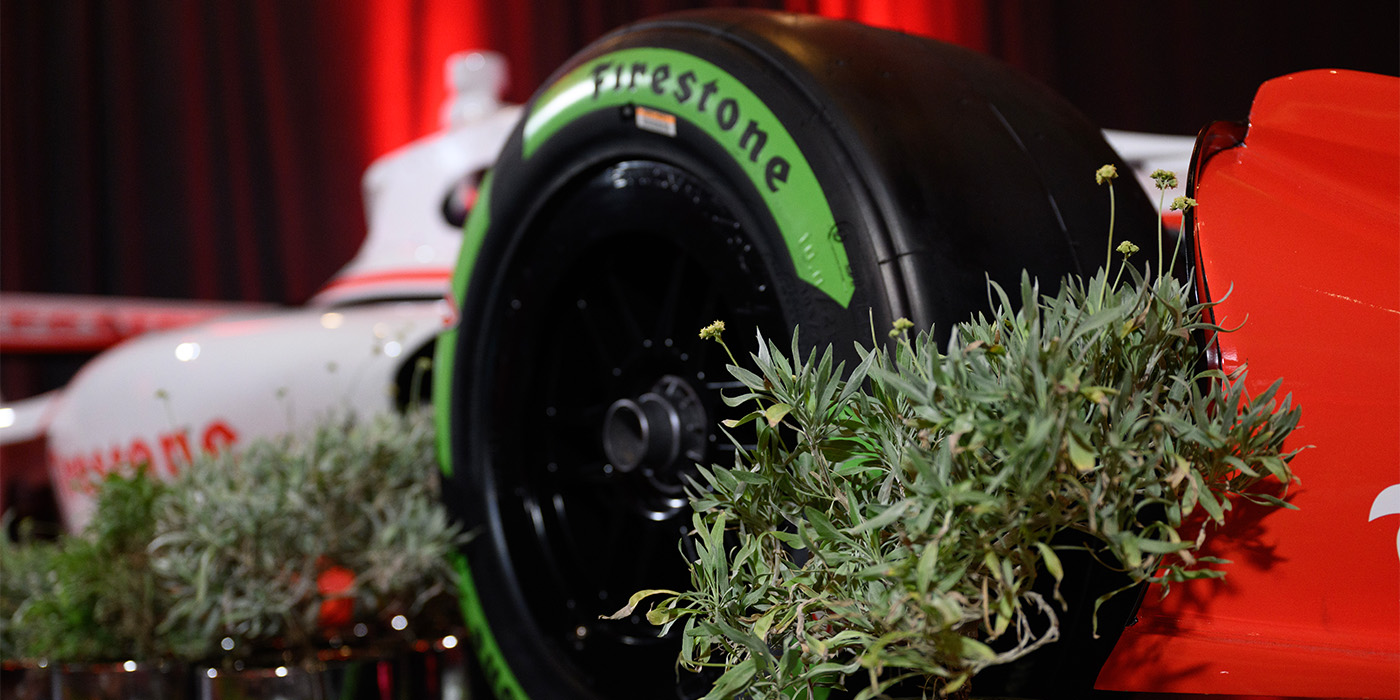 Bridgestone made the competition debut of the Firestone Firehawk alternate race tires made with guayule at the Big Machine Music City Grand Prix in Nashville.

According to the company, it is using racing as a proving ground to demonstrate the performance of this rubber material, which it has been researching for more than a decade. Bridgestone says there are plans to incorporate guayule natural rubber into more of its race tires in 2023.

Bridgestone started its guayule research initiative in 2012 when it broke ground on a processing and research center in Mesa, Arizona. To date, the company says it has invested more than $100 million in its efforts to commercialize guayule.