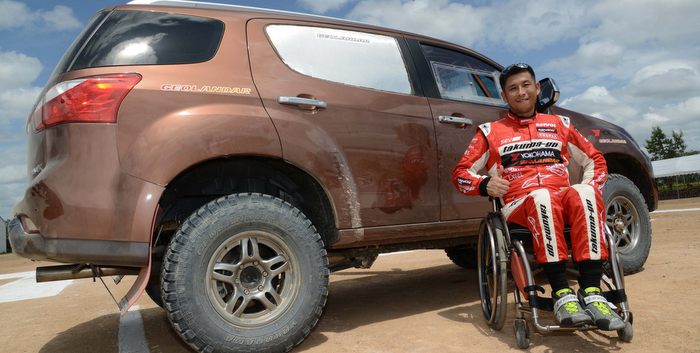 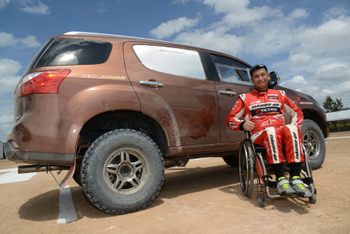 The Yokohama Rubber Co. announced its support of Takuma Aoki’s team in the 19th Asia Cross Country Rally. Aoki, a former motorcycle racer who was injured during a race practice run that left him paralyzed from the waist down, will race on Yokohama-supplied Geolandar tires and a Medi-Air air-cell cushion to reduce the burden on his lower body.

The Asia Cross Country Rally began in 1996 to promote international goodwill and friendship among countries in Asia. Yokohama Rubber has co-sponsored the race since 2001.

After Aoki’s injury, he took up the challenge of racing four-wheel vehicles. He has participated in the Asia Cross Country Rally every year since 2007, finishing third in 2011 and coming in sixth and 11th in 2012 and 2013, respectively.

This year’s race will start in Pattaya, Thailand, on Aug. 9 and run through Aug. 15 with the finish in Phnom Penh, Cambodia.