Vehicle miles traveled, or VMT, tells us how much all those vehicles out there are actually being used, indicating how many miles are put on odometers all across the country. Tire dealers should care about this particular statistic because it directly relates to the wear and tear on those vehicles, especially tires.

This past March, VMT was up from March of 2019 (the last month of March unaffected by COVID), but is this an indication that business will be picking up the rest of the year? To investigate, on this episode of Rolling with the Numbers, we tap into Babcox Media’s audience insights manager, Bruce Kratofil, to fill us in on the details and explain what we can expect to see the rest of the year.

Looking for more data to help drive your tires/service business decisions? Click here to watch the full Rolling with the Numbers series.

Here’s the transcript of the show:

David Sickels: Hello, and welcome back to Rolling with the Numbers, where we present you with data that gives tire dealers information to keep their tire businesses rolling.

I’m David Sickels, senior editor for Tire Review. And today I’d like to welcome to the show, a very special guest, Babcox Media’s own audience insights manager, Bruce Kratofil. Bruce, I am intimidated by your insights, your daftness with data, you are the doyen of all things digital, and I really appreciate you coming onto the show to talk to us today.

David Sickels: So, here is a big data point that we’re talking about, VMT, vehicle miles traveled. Can you tell us what this means? Where does it come from? Why is it important?

Bruce Kratofil: Vehicle miles traveled is an important measure of economic activity. What we’re going to be looking at is the government data. It comes from the Office of Highway Administration from the Federal Highway Administration at the US Department of Transportation, so give all the bureaucrats their due there. It’s available on an almost two-month lag. So it’s June 15th here and the latest data out from the government is still in March. Next week or the week after that, we’ll be getting April’s data.

There are also some private-sector sources of data, a company called Arity, which was founded by Allstate, uses cell phone data to track vehicle miles traveled. They use 23 million cell phones, but it’s a subscription service. You have to pay for the data. So we’re going to focus on the freely available government stuff.

David Sickels: So why is VMT important? Why do we care about this number at all?

Bruce Kratofil: Well, when we aren’t traveling, we aren’t going to jobs. We aren’t going out and spending money, and GDP is going to be a lot less if we’re all locked up at home, lockdown being the keyword.

David Sickels: Sure. So VMT was up in March 2022 from March of 2019. That was the last month of March unaffected by COVID. So what does this tell us?

David Sickels: Oh yeah. I mean, how do you plan for something like that? It’s impossible.

Bruce Kratofil: I didn’t learn that in grad school, definitely.

David Sickels: So fuel price is obviously one of the big data points that has to do with VMT, it’s pretty much directly related to VMT. What are some other statistics that correlate with VMT?

Bruce Kratofil: Well, it normally has a slow, steady increase, the little fluctuations around recessions, but any other economic time series that has slow, steady increases with little fluctuations during a recession would correlate well with it. That would include GDP, would include vehicles in operation, how many cars and trucks are on the road. It would slowly increase with population, the more people there are, the more they’re going to travel. So anything like that goes up.

Bruce Kratofil: Then it stretches longer and longer. Then you start to look at things like, “Well, maybe instead of an SUV, we’ll get a car or an electric vehicle,” or something like that. But those happen in the long run, not the short run.

David Sickels: Okay. When VMT is down, are there certain services that someone like a tire dealer should be focusing on at that point?

Bruce Kratofil: Well, a lot of vehicle service intervals are given in time and mileage. Three months, 3,000 miles, six months, 6,000 miles. So if everyone’s home and not driving, they’re not going to be hitting those mileage intervals. So what’s going to happen? The tire dealers are going to have to emphasize the time intervals instead of the mileage. Say, “It’s still been six months. You need to come in to get your oil changed anyway,” or something like that.

For tire wear, it probably isn’t going to make much of a difference. But for a lot of the others, they’re going to need to emphasize the time intervals.

Bruce Kratofil: Yeah. The battery is going to be more how old the battery is compared to… Well, it’s still going to be used, but age is probably the biggest factor for batteries. I should point out I’m an economist and not an auto service technician.

David Sickels: Yeah, of course, of course. Let’s look at the flip side though. VMT, let’s say it’s going way up. Obviously, that is good for maintenance shops. Is there anything specific that you can point to that might be especially good?

Bruce Kratofil: Well, again, also, it’s what comes sooner, six months or 6,000 miles? So if you’re driving a lot, the 6,000 miles might happen before the six months. And you can do that. And obviously, the more you travel, the more your tires are going to wear out. So the tires will be need to replaced more frequently. And that’s a good thing for a tire dealer.

David Sickels: Absolutely. Absolutely. With fuel prices as high as they are today, can we expect VMT to drop?

Bruce Kratofil: Well, if you look at the data, fuel prices has been going up since January of 2021. And there’s a big increase and then there’s another big increase with the war. But during that time period, the first from 2021 to 2022, gas prices were going up, VMT was going up. But a lot of that was we’re going back to normal, we’re coming back to the office more frequently. March 2021, here at Babcox, we weren’t coming in five days a week. We’re coming in closer to that now. If you look back, March of 2021, things like sports were being held at reduced capacity. People weren’t traveling for entertainment and recreation purposes as much as they are now. So that counteracts the rise in prices. Of course, now when we get prices up to $5 a gallon, people might start to reconsider.

David Sickels: So just in your speculation, if gas prices, let’s just say they don’t go down for the foreseeable future, a year or two years from now they’re still at that $5+ a gallon. Is that going to be affecting VMT at that point?

Bruce Kratofil: It could. In the longer run, people can adjust their behaviors in terms of getting a smaller, more fuel-efficient car, if those cars are already produced and there are no supply chain shortages. But then if they stay up, then you could start to see it have an influence on VMT. If behavior starts changing, they say, “Okay, we’re not taking Sunday drives anymore. We’re going to combine trips. We’re going to do something.” In the long, long run, people do things like the switch from cars to mass transit or something like that. But they’re not going to do that in the short run, only in the long run.

David Sickels: Okay. So here’s an interesting one. A handful of tire dealers and general auto repair shops are starting to kind of dip their toe in the water as far as EV services are concerned. Does the switch from internal combustion engine to EV have any effect on VMT?

Bruce Kratofil: Well, possibly. One of the things, EVs don’t quite have the range of an internal combustion engine vehicle, an ICE vehicle. So if range anxiety has any effect, people might not be driving as much if everyone had electric vehicles.

David Sickels: Sure. Okay. So last question for you. VMT, what is the big takeaway as far as what the data has been telling us over the last 10 years or so? Is there any pattern that we can look at and have a takeaway from that?

Bruce Kratofil: Well, you say over 10 years, but until March of 2020 VMT was like a sleepy village that nothing ever happened there. And suddenly all the action started happening in VMT. And in the future, if there aren’t lockdowns, you won’t see 22% drops in one month in VMT. But over the long run, between gas prices, EVs, and so on, you can start to see some long-run trends. But it’s gone from something that people didn’t really look at, unless you were in the auto sector, to something a lot of economists have been looking at.

David Sickels: Well, thank you, Bruce. I appreciate you being on the show. For more business intelligence data to help boost tire dealer profitability, be sure to watch out for our next episode of Rolling with the Numbers. If you subscribe to our newsletter, it’s in there, look out for it. Until next time…

Together: Keep on rolling!

Advertisement
In this article:maintenance, market data, Rolling with the Numbers

Rolling with the Numbers: What Is Your Mission as a Tire Dealer?

Rolling with the Numbers: Profit Time, Excellent! How Tire Dealers Raise Their Margins

Rolling with the Numbers: How Top Tire Dealers Manage Their Inventory

What Do the VMT Tea Leaves Say About Tires and Service?

If the Data is Right: What the Latest Numbers Mean for Tire Shops

Should You Focus on Tire Sales or Service?
Connect with us 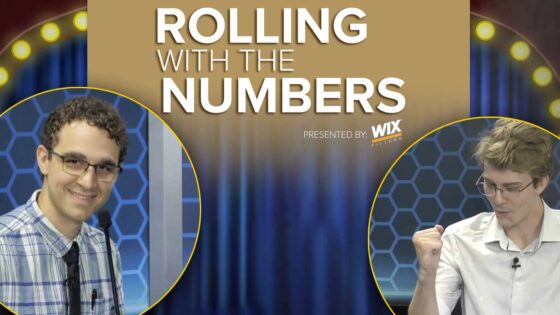 If the Data is Right: What the Latest Numbers Mean for Tire Shops