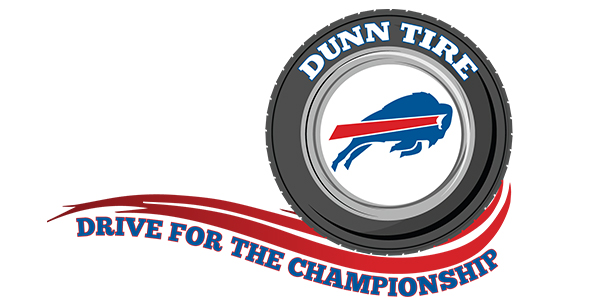 When the Buffalo Bills were named to the AFC wildcard playoff game, its official tire dealer, Dunn Tire, celebrated along with the city.

“It was just huge,” said Robert Clark, Dunn Tire’s managing director of retail operations. “It was the talk of the town and in the stores and pretty much everywhere you went.”

With hype that strong, Dunn Tire ramped up its marketing and promotions leading up to the game last Sunday, which the Bills lost 3-10 to the Jacksonville Jaguars.

“We certainly did a lot of generic social media posting to capture some of the enthusiasm,” Clark explains.

The company also ran a playoff promotion with Bridgestone/Firestone, the official Bills tire for that season, offering 10 percent off on those tires.

“We had good success with it. We got some good traction with it that’s for sure,” Clark said of the promotion.

The Buffalo Bills have had a long relationship with Dunn, which has been the official tire dealer for the team now for 10 years, Clark said. At each Dunn tire location, employees also wear the Bills logo on their uniforms.

“You’ll see the Bills and Dunn together any time you come to one of our locations, Clark said. “The level of enthusiasm for the team is really crazy… all the employees were talking about it (the playoff run), and the customers were excited.”

Sure, the team didn’t make the playoffs, but the team ended an 18-year playoff drought – and it gave Dunn Tire a unique marketing opportunity.