This fix involves a Kia’s A/C system making a racket when the system is turned on. 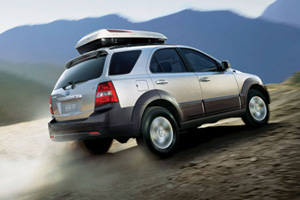 This revised bulletin replaces information published on Sept. 19, 2007, Climate Control 011. It readdresses some 2007-’08 Sorento (BL) models that may exhibit a knocking noise (mainly at idle) during A/C operation.

A redesigned A/C compressor disc and hub with better dampening characteristics can be retrofitted to these vehicles’ A/C compressors to eliminate the concern.

This new design disc and hub assembly can be applied to any 2007-’08 Sorento (BL) manufactured before Jan. 30, 2008, that exhibits this concern and hasn’t had the current redesigned disc and hub installed.

Note that there are two redesigned disc and hub assemblies, the first of which is no longer supplied. In some cases, KMA has found that the first redesign did not effectively address all customer concerns. 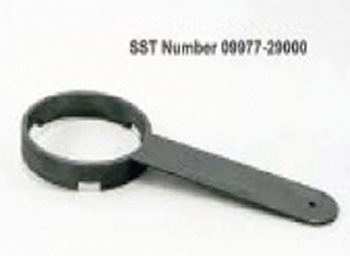 3. Remove the clutch hub retaining bolt.
Warning: Do not use power tools when removing or installing the disc and hub assembly bolt! The bolt is easily broken off if not properly removed and reinstalled. 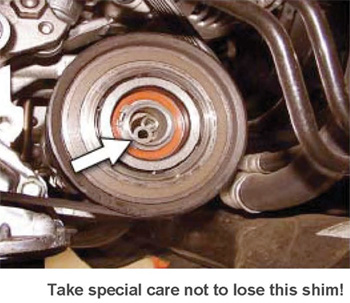 Warning: Do not use power tools when installing the disc and hub assembly bolt. The bolt is easily broken off if not properly tightened to specification. 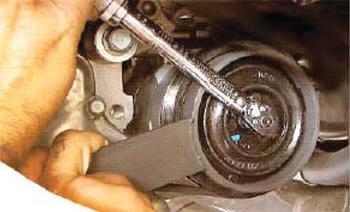 7. Start the engine with the A/C off. Check that the newly installed disc and hub assembly does not rub or drag on the compressor pulley. If drag occurs, the shim was not transferred properly.

8. Turn on the A/C and check that the disc and hub assembly engages the compressor pulley without slipping. If slipping occurs, inspect the shim location and proper clutch hub installation.

9. Close the hood, the repair is complete.