ad Rap
These engines have a mixed reputation for being high-mileage, dependable powerplants as well as noisy motors that can fail at a relatively low mileage. Some 3.3/3.8L V6s have racked up well over 200,000-plus miles on the odometer with no major problems (except some oil burning), while others have called it quits at 70,000 to 80,000 miles.

Engine noise is one of the most common complaints among minivan owners. These include ticking noises, rattling noises, rapping noises, random knocking or scraping sounds, and belt noise. Diagnosis can be challenging because of the variety of conditions that can produce noise. It’s interesting to note that Chrysler has never issued any technical service bulletins on how to address noise complaints on these engines.

Making Some Noise
Valvetrain noise from the vicinity of the valve covers, such as tapping or clicking, can be caused by one or more collapsed lifters (due to clogging of the relatively small oil holes in the sides of the lifters), camshaft wear or low oil pressure. 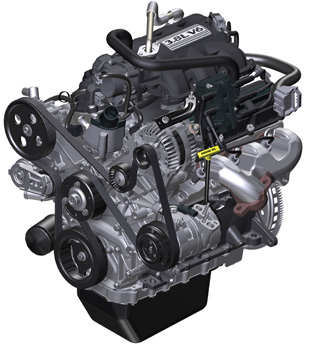 In a high-mileage engine that has developed an appetite for oil due to worn valve guides and seals and/or piston ring wear, the engine may run out of oil before it reaches the next oil change interval. On the older (1999 and back) minivans, Chrysler had a recommended oil change interval of 7,500 miles for “normal” service. For short-trip, stop-and-go driving, this is really pushing it. A more reasonable service interval many experts say is 3,000 miles (which matches Chrysler’s “severe” service recommendation). In 2004, Chrysler revised the recommended oil change interval for normal service to 6,000 miles (which is probably still too long for most urban drivers).

If a vehicle owner seldom checks their oil level (or never checks it, which is often the case with a family vehicle such as a minivan), the oil level may become dangerously low. This can starve the upper valvetrain, camshaft, lifters and crankshaft bearings for oil at higher engine speeds. You know the rest of the story. Sooner or later something seizes and it’s the end of the road for that motor.

Many motorists are under the mistaken impression that the oil pressure warning light will come on if the oil is low. It will, but only after the oil pressure drops to practically nothing. By that time, the damage has already been done. So be sure to educate your customers about the importance of checking their oil level regularly, especially in older, high-mileage vehicles that may be using (or leaking) oil.

Many engine failures in the 3.3/3.8L V6 have been attributed to cam bearing failure, which can usually be traced back to a low oil level or loss of oil pressure due to a worn oil pump. When the cam bearings are starved for oil, metal particles can flake off and circulate throughout the engine. This can lead to the plugged lifters we mentioned earlier, camshaft wear, and rod or main bearing failure. Any debris that ends up in the crankcase will also be sucked into the oil pump (which is unfiltered) to cause wear there, too.

A tapping or rattling sound from the middle area of the engine following a cold start can be caused by a slow buildup of oil pressure. This may be due to the viscosity of the oil in the crankcase being too thick, a worn oil pump (low oil pressure), or a poor quality oil filter that does not have the proper anti-drainback valve.

Up until 1999, Chrysler recommended using 10W-30 oil in these engines, with 5W-30 approved for cold weather use (below 32° F). As oils improved, Chrysler changed their recommendation to a 5W-30 oil for year-round driving. In 2005, they changed their recommendations again (but only for 2005 and newer engines) to a 5W-20 oil. The lighter viscosity oil sped engine lubrication following a cold start, and improved fuel economy a bit. The capacity of the oil pan was also increased from four to five quarts (with filter).

Some owners of older minivans who were using 10W-30 or 5W-30 motor oil say they have quieted their valvetrain noise by switching to a lighter viscosity 5W-20 synthetic motor oil. The thinner oil seems to fill the lifters more quickly after a cold start so the lifters can take up the noise-producing lash in the valvetrain. Switching to a heavier viscosity oil (which is often recommended to quiet noisy high-mileage engines), apparently doesn’t work with these applications.

In some cases, valvetrain noise on 2000 and older 3.3L engines can be caused by a broken rocker shaft pedestal. The expensive fix is to replace the cylinder head. The less expensive fix is to drill out the broken pedestal, install a Heli-coil insert and use a longer bolt to support the rocker shaft. In 2001, Chrysler redesigned the heads and rocker shafts to reduce the risk of breakage. The later model engines have seven bolts to support the shaft instead of four on the earlier shafts. Also, they changed from stamped steel rocker arms to stronger (and lighter) welded steel rocker arms.

Rapping or tapping noise from the bottom area of the engine may be nothing serious, as many 3.3/3.8L engines have reportedly been noisy since they were new. But, if a noise suddenly appears where there was no noise before, it could be a bad rod bearing or a worn oil pump. A noisy rod bearing means the engine’s days are numbered and it’s time to start considering the alternatives: rebuilding the engine, replacing the engine with a remanufactured or used engine, or getting rid of the vehicle altogether.

Other causes of deep engine noise include excessive crankshaft end play due to a worn thrust bearing, or a cracked flywheel.

Rattling or scraping noises from the vicinity of the timing cover usually indicate timing chain noise. Chrysler says some noise is “normal.” Other possible causes include the water pump, serpentine belt tensioner and other engine pulleys. If the noise remains after temporarily removing the belt and starting the engine, it’s probably a stretched timing chain or excessive end play in the camshaft or cam drive gears.

Chrysler has used three different cam drives on these engines, so make sure the replacement timing gear set is the correct one for the application if you have to replace it. The cam gear is notched for the camshaft position sensor. Up to 2004, the gear had nine notches on the back.

In 2004, Chrysler changed to a different engine computer and sensor, requiring a gear with 12 notches in totally different positions. Install the wrong gear and you will probably have a no-start. In 2008, they switched to a narrower timing gear and chain, probably to reduce cam drive noise. Thank goodness they didn’t opt for a plastic cam gear (fix one problem and create another).

Chirping and squealing noises from the serpentine belt may be due to a weak automatic belt tensioner, or belt glazing. Cheap replacement belts can be noisy, so always recommend a top-quality name brand belt. The noise may also be coming from the shaft bearings on the A/C compressor, water pump or power steering pump. Use a mechanic’s stethoscope to listen to each of the accessories while the engine is running. If you find a noisemaker, replace it.

Letting On Leaks
The older engines are no more or less prone to oil and coolant leaks than any other engine. In mid-2002, Chrysler started using plastic intake manifolds on these engines, then plastic valve covers in 2004. Over time, the plastic can warp and crack. Vacuum leaks at the intake manifold can cause a rough idle — as can leaks at the EGR valve.

Speaking of EGR valves, some of these engines have them and some do not. If the engine has an EGR valve, you’ll find it on the front of the left head on minivans, or on the back of the right head on Chrysler Pacifica and Jeep Wrangler models. If the vehicle has no EGR valve, the port in the head will be covered with a block-off plate and gasket.

If you find it necessary to replace an oxygen sensor on a 2004 or newer engine, make sure you get the correct replacement sensor. In July 2004, Chrysler began using a different O2 sensor that operates with a 100% duty cycle on the O2 sensor heater circuit. Install the older style sensor and it will set a P0135 code. Chrysler TSB 18-010-05 covers a PCM reflash fix for this.

Maintaining Relationships
These engines require pretty much the same maintenance as other domestic engines. The original equipment spark plugs are platinum with a 100,000-mile replacement interval. Chrysler also recommends replacing the spark plug wires when the plugs are changed.

Changing the rear plugs on the FWD minivans and cars can be a challenge because of the tight clearances between the engine and firewall. One trick here is to remove the bolt in the front motor mount and rotate the engine forward to increase the clearance behind it.

The PCV valve should be inspected at 60,000 miles, then every 30,000 miles thereafter. Replace as needed. The factory service interval on the air filter is 30,000 miles, but replacement sooner may be necessary depending on driving conditions and exposure to dust. There’s also a cabin air filter on the bottom of the HVAC unit in the minivans that should be replaced yearly.

The fuel filter on the minivan is located on top of the fuel tank, and has no factory service interval. Replace as needed (like when it is plugged up with dirt or rust from the fuel tank).

Chrysler has no specified service interval for the serpentine belt, but says that it should be inspected at 60,000 miles and every 12,000 miles after that.

Our experience has shown that long-life coolants are typically rated for five years or 150,000 miles. Since most vehicles will see five years before they see 150,000 miles, changing the coolant every five years is best to reduce the risk of corrosion in the cooling system damaging the radiator, heater core or other components.