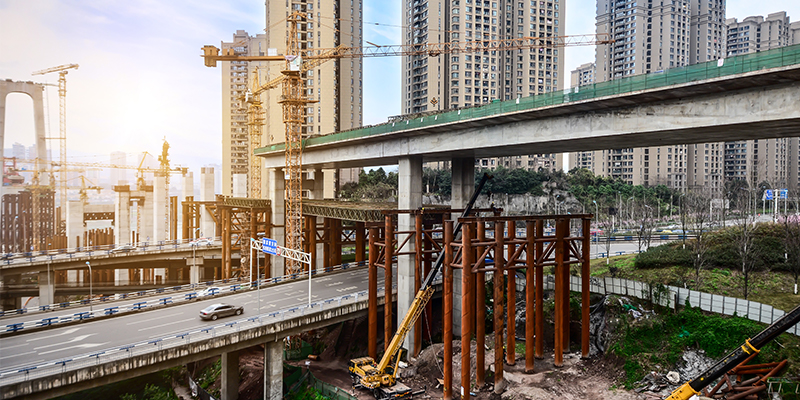 With the talk on Capitol Hill recently turning to the nation’s crumbling infrastructure, the OTR industry – which plays an integral role in creating it – could be directly affected by Congress’ actions.

A lot of talk surrounds President Donald Trump’s infrastructure plan, which could impact the OTR industry.

With the talk on Capitol Hill recently turning to the nation’s crumbling infrastructure, the OTR industry – which plays an integral role in creating it – could be directly affected by Congress’ actions.

Congress is considering a proposal by President Donald Trump to spend more than $1 trillion over the next 10 years on a “major infrastructure overhaul,” according to Roy Littlefield, executive vice president of the Tire Industry Association. Littlefield and other presenters at TIA’s 2018 OTR Conference in Jacksonville last week highlighted the bill in their talks on the future of the industry and TIA’s legislative advocacy.

“The biggest agenda item that we expect to see the White House pushing Congress on this year is the infrastructure bill,” Littlefield said. “Generally, infrastructure investments tend to be less controversial than most but the parties have already begun to take their sides on this issue… With the increase in the deficit created by the tax reform bill, there will be more of a challenge than normal to get some kind of infrastructure bill passed.”

What creates the most disagreement about the bill is how to fund future infrastructure allocations, which could be used for “projects of national significance” to rural block grants, according to CNN.

Under Trump’s proposal, $200 billion in federal money would be turned into $1.5 trillion to fix damaged roads, bridges, airports and other projects by leveraging local and state tax dollars and private investment. Littlefield said Trump’s plan calls for raising much of the funds for projects through public-private partnerships.

In meetings on Capitol Hill, Littlefield said he thinks Trump’s idea is to turn more roads over to the private sector, including a possibility of 45,000 miles of interstate highways. But first, Littlefield said the federal government would have to give states the majority of the responsibility for funding highway projects and improvements, which would allow each state to “toll and privatize the interstates” at their will.

Currently, the feds are responsible for funding 80% of highway projects and the states, 20%.

Recently, Trump has also supported a 25 cent-per-gallon gas tax increase. That move, Littlefield said, was meant to incentivize the states to take more fiscal responsibility for infrastructure in their states.

With 39 proposals and counting being circulated on Capitol Hill on the president’s infrastructure bill, a lot can change before the bill goes up for a vote.

“There’s a lot of details in this thing, and he’s throwing so much out right now,” Littlefield said. “I guess he’s trying to see what sticks.”

While speakers at the conference supported different aspects of the bill, many agreed that whatever form of it that passes should have an impact on the OTR industry.

“We’re trying to get something massive going,” said Tom Formanek, regional sales manager for Stellar Industries and former TIA president. “If that goes, it would be phenomenal for everybody (in the OTR industry). Anytime there’s a construction project going and earth is being moved, that means machines with tires on them are being used. But that goes further because now you have the bedrock that is being dug out of these places and there are tires in the products being transported. It directly affects the whole industry.”

Brian McGuire, president and CEO of Associated Equipment Distributors, said U.S infrastructure is one of the most subsidized systems in the world. He supported increasing the gas tax and fixing funding on local, state and federal levels to “be consistently and sufficiently funded with user-generated fees.”

“The American public has to be willing to pay the rates and fees for the true cost of using them (American infrastructure),” McGuire said. “There is universal consensus that we need to act. The time has come where the fact of the matter is we are riding on the coattails of what generations before us did when they passed infrastructure, and we’re doing it at the expense of the future productivity of this country… It’s now time for us to come back and do that for the next generation and invest in that.”

In his speech, McGuire encouraged those in attendance at the conference to invite a member of Congress to their business to get a first-hand look at what they do.

“All of your businesses are impacted by the infrastructure system in part by using the roads and ports”, he said. “As long as we allow our members of Congress not to hear from us on this issue, they will find ways not to vote for it.”

He outlined financial challenges that continue to squeeze margins including many customers now renting equipment if they will only use it for 75% of the time. But, he said, “we’re hopeful that challenge will evaporate somewhat as infrastructure spending returns.”

David Martin, current TIA president and category director of tools and supply at American Tire Distributors, said although the infrastructure bill is still in talks, it should have a very positive impact on the OTR industry.

“Anything that has to be hauled has to involve rubber,” he said. “There are so many people in this room (at the OTR conference) that are touched by that… As an industry, we all are watching it because it can have a positive impact on what we do.”

Infrastructure Plan 2018: What to Know from an OTR Industry Perspective