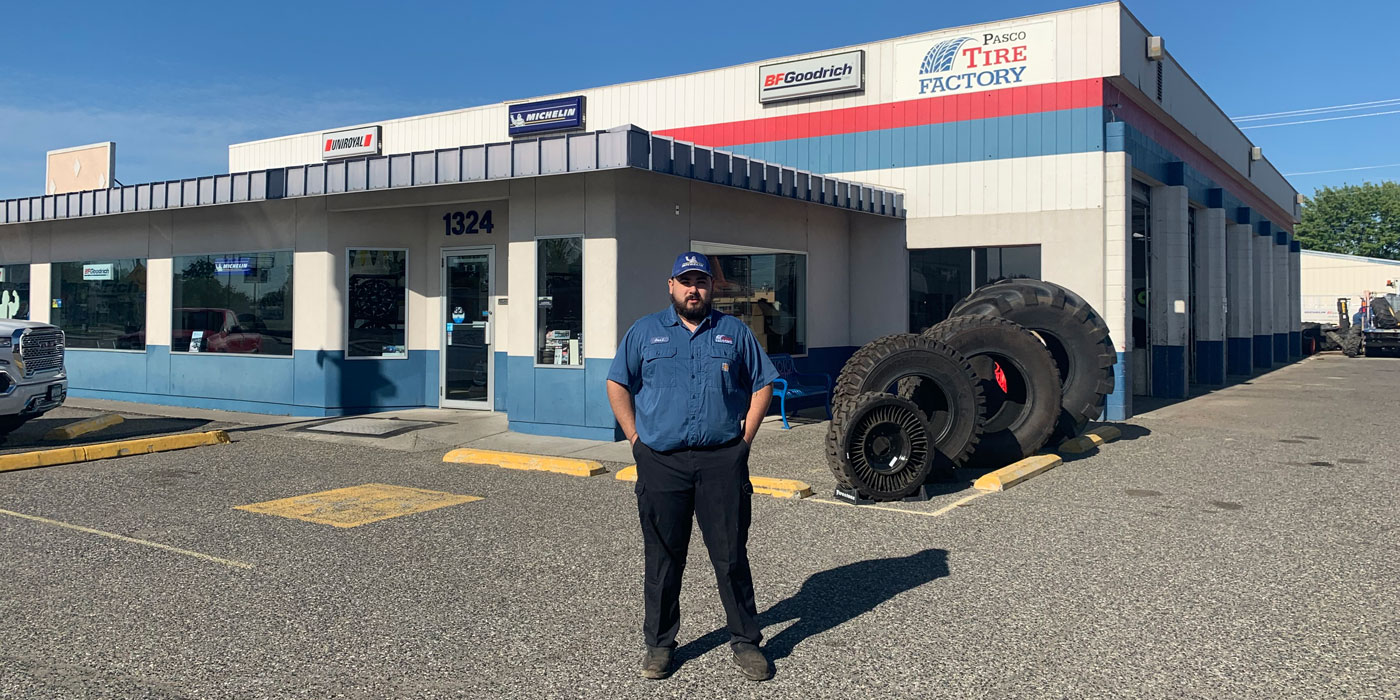 Alex Chavez takes his role seriously and realizes the impact he makes in keeping the service trucks and farm equipment in his area up and running.

When asked if he was the lead tech at Pasco Tire Factory, Alex Chavez proudly replied, “I’m the only [mechanical] tech.” Chavez works at one of three locations that comprise the Pasco Tire Factory family of tire dealerships in Washington state.

The competence to uphold that position is complemented by aptitude, as Chavez says he loves to be the person to “take things apart and put them back together,” all the while knowing that the perfect outcome is in getting the intricate details right.

After leaving another job, Alex was quickly snatched up by Pasco. “They heard that I was on the market looking for a job. So, they reached out to me for an interview, and I just liked the energy they gave off, so I became a part of their team.”

That admiration swings both ways. Said one of Chavez’s co-workers (who nominated him for Club 3633): “Alex demonstrates not only strong mechanical knowledge, but also exceptional leadership abilities. No matter what the situation, Alex can be trusted to handle it professionally with the best interest of both the customer and the business in mind.”

Chavez takes his role seriously and realizes the impact he makes in keeping the service trucks and farm equipment in his area up and running. And, he’s big on continuing education to keep his skills honed, viewing new technology on the horizon—that can be daunting to some—as an opportunity to learn and grow in his position.

One way that Chavez keeps up with training is by actively participating in classes held by his parts suppliers. “We buy a lot of parts,” he says with a smile, inferring that the number of class opportunities grows accordingly.

So, while there may be trepidation for some when opening the hood of a late-model vehicle with its network of wires and circuits, Chavez wants to dig right in—expanding his knowledge of how these interconnected systems work and simultaneously applying his innate ability to fix things.

A young man with skills beyond his years (he’s only 26), Chavez says if he could turn back time when he entered the industry, he would tell his younger self to be more open to constructive criticism especially “when somebody’s giving you advice on doing one thing a certain way, but you’re accustomed to doing it another way.” Such was the case with some front end work he was performing on a vehicle, and a co-worker suggested he take a different approach because he was taking too long to complete the repair and wouldn’t make enough money on the job.

A staunch believer in quality over quantity to this day, Alex has learned to have an open mind when given advice, but he modifies and adapts the information presented to meet somewhere in the middle. “I try to fit advice into the way that I do things, and still keep that quality-over-quantity mindset.”

Chavez is also big on communication and loyalty and values a team spirit in the shop, qualities for which his nominator also gives him credit: “Day in and day out, Alex comes to work with a positive, upbeat attitude that ﬁlters through our entire business. We are incredibly fortunate to have a team member like Alex with us.”

“I’m right there with you and I’ll stand by your side and we’ll get this done together,” Chavez says on working with team members to get a job done. But there has to be mutual respect to make the shop a great place to work. “I have to like the people I work with—and these guys are hardworking, good people.”

Because people working behind the scenes like Alex oftentimes get passed over when credit is due, his nominator continues: “In reality, it’s these types of individuals who keep our business going. Alex is, without question, one of the backbones of our shop, and I wanted him to be recognized nationally for it.” And, that he is.

Fun Fact: When he’s not working at the shop, Chavez spends time rebuilding his 2006 Chevy Silverado with engine and chassis modifications galore — in his words, “I started on it from scratch and put it back together, building it to my liking.” 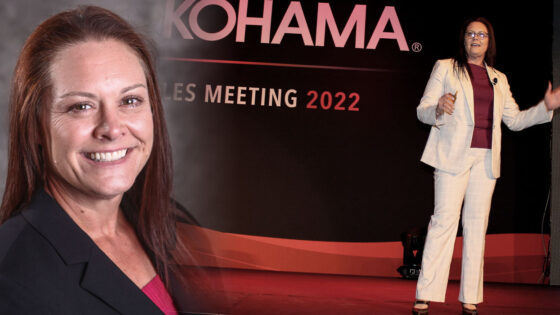