ATD plans to purchase capital stock of Hercules for $310 million.

American Tire Distributors has entered into agreement with Hercules Tire & Rubber Co. to purchase all capital stock of Hercules for $310 million. 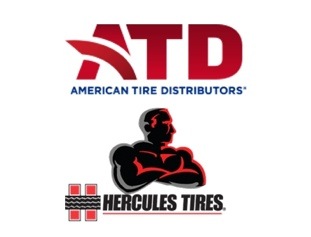 "Hercules is a well-run company with an outstanding reputation in the industry," said William "Bill" Berry, president and CEO of ATD, in a statement from the company. “Joining forces with the Hercules team is a very positive step for American Tire Distributors.”

An 8-K form filed with the Securities Exchange Commission on Jan. 24 briefly outlines aspects of the deal.

According to the 8-K form, ATD plans to buy the tiremaker for $310 million with the deal closing by the end of January. An additional $10 million could be paid “contingent upon the occurrence of certain performance-related and other post-closing events.”

Expected funding for the deal will come from a combination of issuance of additional debt, equity contributors from ATD’s indirect parent, and borrowing under ATD’s credit, the filing states.

ATD, which operates 130 distribution centers across the U.S. and Canada, spoke with Tire Review explaining more about what the deal means for it.

“Hercules is a well-respected, well-run company. As ATD and Hercules join forces, our mutual customers will benefit from an unsurpassed product offering, outstanding service and delivery, and a broad array of marketing programs,” Sinclair noted.

Both ATD and Hercules’ management teams will be working together in the coming months to develop a clear blueprint to leverage the best practices of both companies, Sinclair said.

“Hercules’ operations in the U.S. and Canada complement ATD’s operations very well. The Hercules team has also done an outstanding job marketing the Hercules brand, which is one of the most sought-after proprietary brands in the industry,” Sinclair said.

On ATD’s website, the distributor notes that it has grown its business through “decades of acquisitions” as well as other steady growth. One notable acquisition includes that of Am-Pac in January 2009.