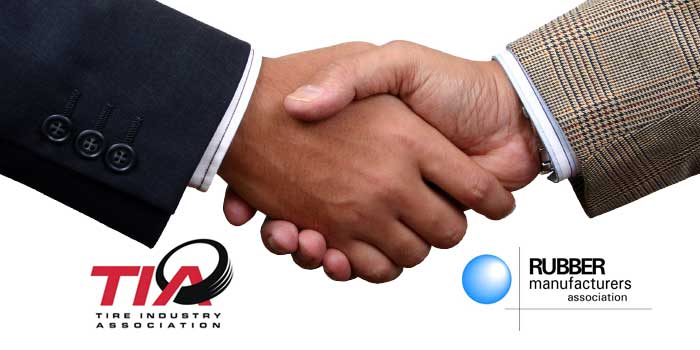 “The English and the Americans are two peoples divided by a common language.”

That George Bernard Shaw quote, famously hijacked by Winston Churchill during the war, pointed plainly to how deep cultural differences can divide the opinions and actions of people who otherwise should in close alignment.

Beyond making tires, Goodyear and Michelin, for example, share much more than a color scheme. Independent tire dealers and car dealers have similar DNA, too. Neither want to admit that, but the commonness exists.

The opposite extreme usually defies common sense. The Hatfields and McCoys tended to a decades-long war, fought over a slight so slight that years later few had the slightest idea why they spent so much time flinging bullets at each other. And the war raged despite various cross-family relationships and even marriages.

While the RMA and TIA both speak the language of tires – or are supposed to – they do not presently speak. At all. Not a single word. Parties on both sides agree that they literally cannot even agree on what to have for lunch…and that assumes there might be so much as a light snack involved.

As with the Hatfield-McCoy Clash, the root of this discord goes back some time. I’m not sure when it started or why. All I know is that this industry’s only national associations are not speaking to each other.

And that is pure poison.

Our two trade associations do not consult with each other on any matter, particularly government relations and legislative initiatives that have bearing on tiremakers and tire sellers alike. This is shown most vividly in the current battle over mandatory vs. voluntary tire registration where the RMA presses for a legislative result without consulting TIA.

Today, more often than not, the RMA and TIA take actions that totally blindside the other.

It’s exasperating and counterproductive, and it has gone on long enough.

A few years ago, they took a swing at détente at (of all places) TIA’s 2012 OTR Conference. RMA CEO Charles Cannon was invited to attend and meet with TIA’s executive committee, and he was called on to make a few remarks during the opening general session.

TIA Executive Vice President Roy Littlefield led off, saying that it was a “top commitment” to improve relations between TIA and the RMA, recounting how the two groups had worked together on state-level legislative issues, and noting “the amazing things that we can do together when we can and where we must speak with one voice.”

Cannon, attending at the invitation of then-TIA president Larry Brandt, said there had been a high priority placed, both within the RMA and TIA, to “make sure that we are speaking with one voice on those issues where we agree, and that is the vast majority of issues.”

“We have had for a couple of years a mandate to do this,” Cannon said, “and I think Larry is holding us to perform. We see that we can indeed work together to pursue the common best interests of our member companies and their customers.”
Watching from the audience, I recall there being a certain uneasiness in the comments from both sides. I’m sure no one was actually being held at gunpoint, it just seemed that way.

I do not believe that our associations should be in lockstep on every issue; despite their co-dependency it would be unnatural to assume large corporations and small entrepreneurs will see eye-to-eye on every matter.

One-hundred percent agreement is unhealthy and does nothing to forward the best interests of the industry. But there should be constant conversation, if only to inform the other or to consider the other’s position on a matter or to work for a common goal or to reach for a win-win solution when at a troubling crossroads.

How or when it started is irrelevant. This whole bitter business cannot continue.
So we’re offering to help the healing start by hosting a meeting of TIA and RMA representatives at our headquarters outside of Akron. We have a large and comfortable conference room. I’ll even put my pen down and go off the clock to moderate if that will help the cause.

We’ll bring lunch in, and treat the whole group to a fine Akron dinner, maybe at the historic Diamond Grille, long the haunt of tire industry movers and shakers. Or we can hit Ken Stewart’s or another area landmark.

We’ll start with simple chat, maybe about baseball or an interesting vacation spot or funny pet stories – anything to find some common ground from which to build. Then, perhaps, we can slowly wade into minor industry issues upon which there is some agreement, that can be improved with better dialogue.

Then we can make a short list of key matters that will take additional meetings and input. Finally, a firm commitment to continue holding regular meetings, including setting of a date, time and place for the next session.

Our calendars are open the weeks of Aug. 24 and Aug. 31; don’t want to get too far into the back end of the year. Messers. Cannon and Littlefield: Let me know two or three specific dates your team can be here and we’ll get you set up with a hotel and handle all of the arrangements.

Three representatives from both associations, one neutral location. A golden opportunity to move past the past and build a better, stronger tire industry for producer and seller alike.

You all have my contact info. I look forward to hearing from you.

Great piece by Dan Ikenson on Forbes.com last week. “Chinese Tires Case Shows How U.S. Trade Laws Have Run Amok” suggests vigorously that current trade protections – antidumping and countervailing duties in particular – “have become commercial weapons used primarily by American companies and their workers to secure advantages over other American companies and their workers,” and that law unions (like the USW) have become unwitting accomplices in competitor battles.

You can read it here.

“The United Steelworkers union is the sole petitioner in the case. It represents workers at domestic plants accounting for only 40% of total U.S. tire production capacity. None of the nine domestic tire producers – i.e., the firms that account for all domestic tire production – supports the AD/CVD petitions. How much more user-friendly do the trade remedy laws need to be when they already can be deployed on ‘behalf of a U.S. industry’ without the support of a single producer or even a majority of the industry’s workers?” he asks in his article.

He points out that the new duties will “lead to greater production in other developing countries,” not in the U.S., where the domestic producers “producers have chosen to outsource production of their lower-tier tires to China because producing those tires in that location makes the most sense economically.”

“So how does the union expect to benefit from trade remedy measures?” he concludes. “By obtaining negotiating leverage over industry management.”

A few days later, when the International Trade Commission surprised no one with its final affirmation of antidumping and countervailing duty recommendations by the DOC, the USW president Leo Gerard issued a statement that upon careful reading tends to support Ikenson’s postulation (itals ours):

“The outcome in the USW’s pursuit of this case will not only help protect USW members and their families but also helps protect the jobs and futures of the tens of thousands of workers employed within the U.S. tire industry.

“This is the first case under modern dumping and countervailing duty law filed solely by the workers.  Increasingly the question of whether our trade laws are actually going to be enforced is being left to the workers, as companies and our government are either conflicted or have different priorities. The positive outcome may have resulted, in part, to recent changes in our trade laws pushed by the USW. These changes are important, but much more needs to be done to get our laws fairly and fully enforced.

“We’re sick and tired of China’s approach to trade and breaking of the rules. Its entry into the World Trade Organization has done little to stop its cheating. Time after time, we are forced to clean up the mess caused by our negotiators generating insufficient enforcement capabilities.”

Give the Forbes.com story a read.

An Open Invitation to the RMA and TIA: Let’s Meet and Talk