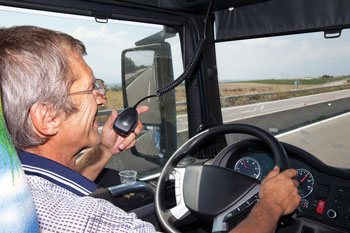 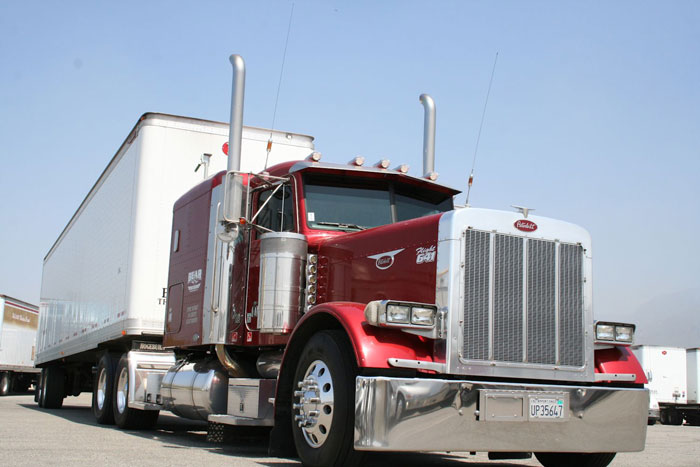 The ATA freight tonnage index fell shortly after it peaked at its highest recorded level in January. It’s now 3% lower than its peak.

The economy is not great, but not too bad. We’re halfway through 2015, which means we’re also well into the sixth year of recovery since the Great Recession “officially” ended. Based on historical data and the fact recessions are cyclical, you would assume that another recession looms in our future. The good news is that doesn’t appear to be in the immediate or near-term future, which bodes well for the commercial market, including the medium truck tire segment.

Granted, 2015 is off to a weaker-than-expected start, but we can point to a few reasons for it:

• Strength of the dollar

Second quarter data actually looks much more promising, and this should carry through to the second half of the year. Low unemployment rates and renewed activity in consumer spending are a couple reasons for the optimistic outlook. Also, while low crude oil prices have produced some negative effects in production, low prices at the pump have been a positive for the consumer.

Consider that for every one-cent reduction in the cost of gasoline, $1.4 billion dollars are put back into the economy. Since gas is approximately 80 cents per gallon lower than the same time last year, that’s a $112 billion boost to the economy. Looking ahead, some estimates are for second half GDP growth of 2.3% to 2.5%, and there’s a chance we could see as high as 2.8% and possibly 3% in 2016.

The trucking industry is currently short about 120,000 drivers and that number is expected to increase as Baby Boomer-age drivers retire and leave the industry.

The ATA freight tonnage index peaked at its highest recorded level ever in January, and then promptly fell shortly thereafter. It’s now almost 3% below that historic mark. However, the outlook is positive and freight demand should improve during the next few quarters.

The fundamental elements that drive freight demand do suggest growth, even if at a modest pace. Auto sales reached a 10-year high in May and housing starts were more than a million for the second straight month. Conversely, export markets, residential spending and manufacturing are not quite as good, but certainly not terrible.

Capacity constraints are pushing active truck utilization up to around 95%. A recent ACT survey of fleets reported capacity gains for 42 consecutive months. Impressive enough, but that number would have been even stronger if not for the driver shortage.

Another significant contributor to the extra capacity was the suspension of the hours-of-service rule in December. However, if no action is taken, the requirement goes back into effect at the end of September, which will instantly remove about 2% of trucking capacity given the current driver availability.

Currently, the industry is short approximately 120,000 drivers, and this number will only increase in the near future as the Baby Boomer-age drivers retire and exit the driver pool. Expect capacity to tighten again and truck utilization to increase toward the end of 2015 and into 2016.

In the month of June, 25,369 Class 8 trucks were sold. This represents the third best month on record; the record months came in 2006, before the Great Recession. This is another good sign for the economy because trucking companies only buy trucks for one reason and that’s to move freight. From 2007 to 2011 the industry actually shed about 115,000 Class 8 tractors. The remaining tractors are very old, between 6 and 7 years, and are very expensive to maintain.

New equipment helps with driver recruitment, avoids additional costs associated with CSA and the improved fuel economy of today’s trucks lowers fuel consumption. We will see a peak in Class 8 production in 2015 at around 340,000 units making it the strongest Class 8 year in North America since the recession.

There are roughly one million fleets in the U.S. The size of these fleets varies greatly: 90% of all U.S. truck fleets have six or fewer trucks and 97% have 20 or fewer trucks. On the other side of the spectrum, 50% of all the trucks on the road today are controlled by the top 2% of the fleets.

In spite of declining orders of late, OE demand will remain at above normal levels. The aging U.S. truck fleet, with its substantially worse fuel economy, will keep replacement demand on the high side for a few more quarters. It’s estimated that it will require more than a $50 billion investment to get the overall fleet back to a more normal age. Class 8 production next year should come in about 10% lower than 2015, but still a very solid level.

The outlook for trailers is similar. While some analysis suggests there was a fairly significant overbuy over the past few years there is still strong demand in 2015. There should be a slight drop in 2016, but freight demand will keep trailer demand at healthy levels.

The current environment is good for most trucking companies, considering there was approximately $13 trillion worth of freight hauled in the U.S. last year and about $10 trillion of that was hauled by trucks. Half of that freight was moved less than 50 miles and some 60% of it moved less than 200 miles. That’s a lot of hauls and ton-miles for fleets.

There are roughly one million fleets in the U.S. (550,000 for-hire and 450,000 private fleets). The size of these fleets varies greatly: 90% of all U.S. trucking fleets have six or fewer trucks and 97% have 20 or fewer trucks. On the other side of the spectrum, 50% of all the trucks on the road today are controlled by the top 2% of the fleets.

But the size of the fleet doesn’t matter, because most are operating profitably and are financially strong. This is evident by the decline in fleet bankruptcies; the companies still in business have survived two recessions, a barrage of new regulations and have rode the wave of oil going from $30 a barrel to $150 a barrel and back down to $40 a barrel.

Fleets are becoming more and more resourceful as increased operating costs and regulations have translated into numerous productivity improvements. The driver shortage, as painful as it may be, is actually helping to keep rates at an optimal level by managing capacity. There has been an explosion of mergers and acquisitions over the past few years, and this trend is likely to continue. Mega fleets may even acquire smaller fleets simply to get drivers.

Regardless of what happens with the price of fuel and other operating costs, tires are, and will remain, a major expense for fleets. During the past few years we’ve seen a lot of trends in the medium truck tire industry, most notably is the push for more fuel-efficient tires. The EPA SmartWay-verified list now includes more than 800 low rolling resistance products from more than 200 manufacturers. That’s a lot of options, and fleets need to exercise diligence as they choose tires.

There are a lot of ways to lower rolling resistance, but not all of them are beneficial. For instance, a simple compound change can produce a more fuel-efficient tire, but if it sacrifices traction to do so, that’s not a good compromise. In fact, a poor tire choice could result in the unsafe operation of the vehicle.

Prices will likely remain flat as raw materials have stabilized from the free fall over the past couple years. One caveat would be if the “T” word enters the picture and the Department of Commerce implements a tariff on medium truck tires imported from China, as they have with consumer and OTR tires.

All tire manufacturers continually strive to build a tire that will run further and wear smoother. Today’s products are lighter, carry more weight and last longer than tires from just a few years ago. But no matter how much technology is put into a tire, if it’s not properly maintained the technology is rendered useless.

At the top of the maintenance list is proper inflation. The disappointing truth is the majority of the tires on the road today are not properly inflated for the loads they are carrying. A lot fleets simply use the “one size fits all” method and inflate all tires to 100 psi.

The problem is most of the time this will result in the steer tires being underinflated, while the drive and trailer tires are overinflated. Fleets with properly maintained tires enjoy a real cost advantage over competitors with poorly maintained tires.

As for the medium truck tire industry in general, 2016 will look a lot like 2015. There should be enough supply to satisfy the demand. As previously mentioned, OEMs will likely peak, but with more trucks in service the replacement business should pick up some of the slack.

Prices will likely remain flat as raw materials have somewhat stabilized from the free fall over the past couple years. One caveat would be if the “T” word enters the picture and the Department of Commerce implements a tariff on medium truck tires imported from China, as they have with consumer and OTR tires.

There is some reason to be concerned; China has been the leading exporter of medium truck radials for some time, shipping 4.86 million units to the U.S. in 2011 – about 30% of the replacement market – jumping to 8.38 million in 2014 – 48% of the U.S. replacement market! Those numbers might get some unwanted attention.

The U.S. economy, the trucking industry and the medium truck tire market are all different worlds, but very much intertwined and ebb and flow together. There are a few wildcards in the mix, such as fuel costs, interest rates and regulations, but the fundamentals are on solid ground. For now, the prognosis is much more positive than negative and that’s good news for all three worlds.

Advertisement
In this article:ACT, ATA, Award, State of the Industry, trucking 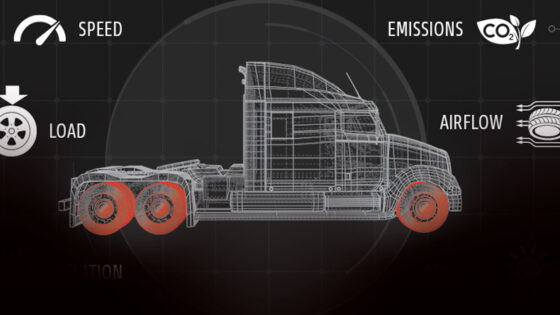 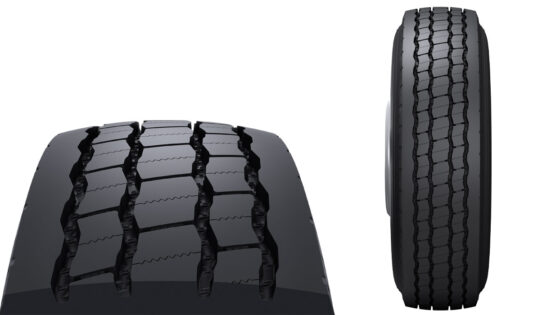