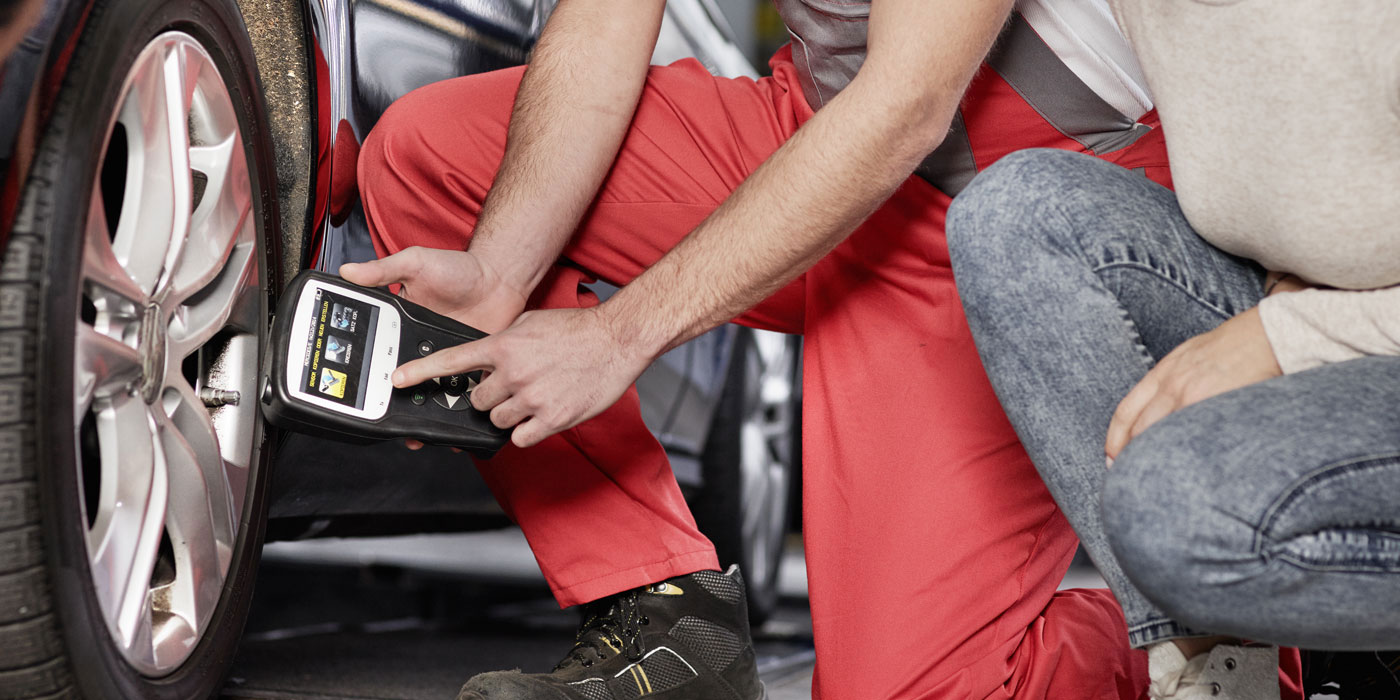 The Direct Tire Pressure Monitoring System (TPMS) might be one of the most straightforward systems to understand on today’s increasingly complicated vehicles. Explained simply: A battery-powered pressure sensor mounted to each wheel gauges tire air pressure and transmits via radio frequency (most commonly, 315 or 433 Mhz, depending on the vehicle) the pressure first to the receiver and onward to the vehicle’s electronic control module. If the pressure is 25% of the recommended pressure, the TPMS light displays steady on the dash. A TPMS malfunction light that blinks for 60 to 90 seconds and then remains steady, indicates an error within the system.

Though the system is straightforward, diagnosing a malfunction might seem confusing and time-consuming. But it shouldn’t be. Understand the system’s components and how each interacts with the other and use the right tool to see the status of that relationship and TPMS service is simple.

The TPMS is a federally mandated passenger vehicle system. As part of the Transportation, Recall, Enhancement, Accountability and Documentation (TREAD) Act passed in 2000, vehicle manufacturers had to include a system that would warn drivers that one or more of the tires on their vehicle were significantly underinflated.

Passenger vehicles built after Sept. 1, 2007, must have such a system. Vehicle manufacturers developed two types of systems, direct and indirect. The direct system is the most common and uses pressure sensors. The indirect system most often uses the vehicle’s wheel speed sensor (a component of the anti-lock braking system) to compare the rotation speed of one tire with that of the other three; a poorly inflated tire will have a different rotation speed than the other. Both systems display the TPMS malfunction light on the dash to indicate a warning to drivers. Indirect systems can be serviced typically with a calibration. Still, when technicians speak about servicing TPMS, they are often referring to servicing direct systems and working with pressure sensors.

TPMS sensors are programmed to work with a specific vehicle make, model and year. Sensors can be purchased pre-programmed for the vehicle or as programmable sensors. A unique ID is assigned to each sensor. The sensor ID is between seven to 10 numeric or alphanumeric characters depending on the vehicle manufacturer. Once the sensor is attached to the wheel on the vehicle, its location—front left wheel, front right wheel, rear right wheel, rear left wheel—and its ID is registered (relearned) to the TPMS module. It’s vital to the system’s operation that the IDs’ position on the vehicle is correctly written to the module as the tire location on the vehicle is identified via its sensor ID.

There are three types of relearns, automatic, stationary and OBD. The Automatic relearn involves driving the vehicle (often for about 20 minutes while the sensors “tell” the control module their ID and their position. DA Stationary relearn is performed when the vehicle is parked. The technician puts the system in relearn mode through a series of OE-specified steps (E.g., cycling the ignition, depressing the brake pedal) and then activates each sensor until the IDs relearn to the control module.

The OBD relearn uses a TPMS tool to connect to the vehicle via the OBD port to relearn the sensor IDs and their position to the control module. The vehicle manufacturer dictates the type of the relearn. About 35% of vehicles use stationary relearns, 27% OBD relearns (primarily Asian and specialty European vehicles), and the remaining 38% use Automatic relearns. A good TPMS tool will display what type of relearn is needed for the specific vehicle you are servicing.

“Test before Touch” is a principle many industries share with their technicians to ensure safety and promote an efficient repair strategy. It’s a familiar mantra among TPMS technicians with the idea that before one pivots toward a jack or even an air hose, more information is needed. Still, the quality of the test and the information it reveals is only as good as the tool used. Autel, for example, developed software for its line of TPMS tools that quickly diagnose the system and direct the technician to the next step to resolve the fault. The diagnostic session prompts the technician to perform a sensor check. Following the displayed instructions, the technician activates each sensor in order. The tire pressure and temperature, sensor ID and frequency, and sensor battery condition display. Next, the technician connects the tool to the vehicle via the OBD II port. The tool reads the registered sensor IDs and wheel positions. and compares that with the sensor ID and position found during activation.

A color-coded system status screen displays, identifying at-a-glance the system’s condition. The technician can quickly see if a sensor or multiple sensors are failing, if the sensor IDs are not registered correctly to the control module, or if a trouble code pinpointing module, wiring, or receiver failure is present. From here, the technician knows how to service the vehicle and get it out the door, confident that this vital safety system is working as designed.

Allison Whitney is the content manager at Autel US. She has been with Autel for more than six years and has researched and written extensively on automotive technologies and the software and tools used to diagnose, service and repair them.

The Costly TPMS Mistake You Don't Want to Make

TPMS Diagnostic Strategy and Checks
Connect with us