As a woman covering news in the tire industry, the Tire Industry Association’s efforts this past year, lead by President Freda Pratt-Boyer, started to get me excited for females working in the industry. The association had an entire issue dedicated to women in the tire industry; it hosted its first all-female certified ATS class; and it will be co-hosting a women in business session at SEMA this year.

But yesterday during TIA’s annual meeting, I thought the association was making a move to hurt females in the tire industry. I was so offended, in fact, by proposed legislation that I crafted a strongly worded letter to the association to share on Tire Review’s website.

Calmer heads prevailed and I received clarification from association staff members, but I feel it’s still important to make a public request of TIA.

During the 2015 TIA annual meeting, a resolution was passed that stated: “the Association urges lawmakers to carefully consider the financial impact of social legislation ranging from minimum wage, to equal pay, to workplace flexibility, to child care, to paid leave on the economic well-being of small businesses; and that the Association will oppose legislation that will cause economic hardships on its members.”

Based on these statements I thought TIA was opposed to women earning the same wage as men. “How could it be possible that an association that focused so much on women in 2015 propose such a thing?” I thought.

Well, luckily, I was wrong. When I inquired about the wording with TIA’s legislative staff, I was told that TIA is not against equal pay for women – which is good, because with full-time female workers making just 79% of men’s salaries more than 50 years after the Equal Pay Act of 1963 was signed into law, equal pay is still an important issue.

So my call to TIA is to remove wording about equal pay from the resolution passed during its annual meeting. In fact, the association should consider openly supporting equal pay in legislation during the coming year. It’s the only way TIA can say it’s truly embracing the females of this industry.

The industry should be on the forefront of embracing equal pay for men and women. I mean, it’s 2015 already – let’s not be having a discussion about equal pay another 50 years down the road.

I urge you, TIA, to show your continued support of women in the industry by standing behind them on this issue.

I also urge you to continue to build upon the groundwork that Freda, and staff, completed this year in support of women. Keep up programs that include women or are focused on women. The industry will be stronger for it.

Update: TIA has responded to Tire Review’s call for clarification

TIA is in support of equal pay and agrees with all federal laws on the topic. If two people are doing the same job, man or woman, they should be equally compensated, according to Roy Littlefield, executive vice president of TIA.

TIA has added in the term equal pay to its resolution due to some proposed state legislation.  Many states are considering removing “reason other than sex defense used by employers,” Littlefield told Tire Review.  This could limit small business’ flexibility on employee compensation, he said.

In one example Littlefield shared two employees doing the same job could be making different wages because one is getting health insurance and the other isn’t. In the end compensation comes out the same but wages are different. There also might be a time when employees get different pay based on different shifts. Or an employee wants more flexibility to take care of a child or family member.

TIA wants states to consider carefully what impact this could have on small businesses, Littlefield said.  Noting that being “too specific” with wording can hurt small business and their employees.

What Does AAPEX Have to Do With Right to Repair

Looking for Opportunities Amid Supply Challenges
Connect with us

Increase Your Shop’s Profits with These Inspection Lane Essentials 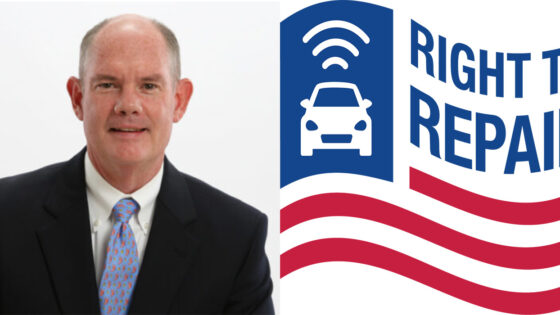 What Does AAPEX Have to Do With Right to Repair