The hybrid version of the Nissan Altima was introduced in 2007, but only as a limited production model (about 40,000 cars a year). Unlike the Prius, the Altima is not a purpose-built hybrid car, but a hybridized version of a regular production vehicle 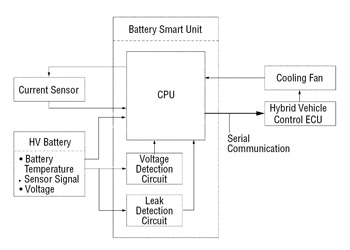 (similar to what Honda did with its hybrid version of the Civic). The car has no external clues other than a hybrid badge to set it apart from the standard models.

So why would Nissan use Toyota’s hybrid drive system in the Altima? Licensing the technology from Toyota was a shortcut to getting a production vehicle on the road sooner, and with a proven hybrid system that works. Paying Toyota a fee to use its hybrid drive system saved a tremendous amount of R&D time and cost for Nissan. It also meant the car could go into production with minimal development time, though its production volume would be limited by the availability of component parts and batteries from Toyota’s suppliers (which has been a bottleneck in producing hybrids in large numbers). 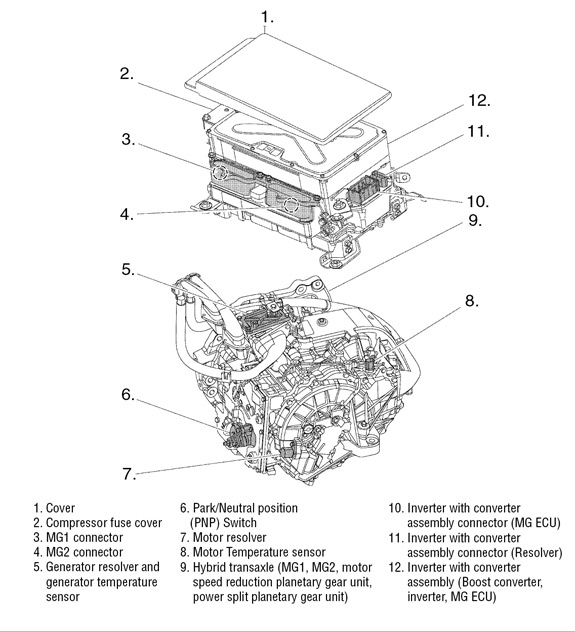 How it Works
The basic operation of Nissan’s hybrid system in the Altima is the same as that in the Prius. It is a full hybrid with a pure electric mode when the vehicle starts to move.

The heart of the hybrid system is the transmission, which on the Altima is an electronically controlled eCVT (Continuously Variable Transmission). Inside are also two electric AC motors (MG1 and MG2). The MG1 motor is used to start the engine and serves primarily as a generator to recharge the 244.8-volt Nickel-Metal Hydride (Ni-MH) hybrid battery (located behind the rear seat). Regenerative braking is also routed through the MG1 engine when the brakes are applied to extend battery range.

The MG2 motor is the primary drive motor that propels the vehicle when it is in full electric mode. It is a permanent-magnet AC synchronous electric motor, rated at 199 lb.-ft. of torque from 0 to 1,500 rpm (105 kW @ 4,500 rpm). During decel and braking, the MG2 motor also acts as a generator to recapture energy and extend the range of the hybrid battery. When backing up, the MG2 motor runs backward and the gasoline engine is off.

Voltage from the 244.8-volt hybrid battery is stepped up to 650 volts AC by the inverter in the engine compartment to power the MG1 and MG2 electric motors. The inverter has its own cooling system, which is separate from the engine’s cooling system, and routes coolant through a sub-radiator located in front of the regular radiator and condenser. The transmission also shares the cooling circuit with the inverter, and there is a separate electric pump to circulate the coolant when the start/stop button has been pressed and the hybrid system shows “READY.”

The battery pack also has a DC-to-DC converter that converts the hybrid battery’s 244.8 volts to 12 volts to power the vehicle’s electrical system. The hybrid system also routes current to recharge the “auxiliary” 12-volt battery, which is also located in the trunk.

The hybrid battery pack has its own cooling fan to keep the battery from getting too hot. The fan speed is variable, so the amount of cooling can be increased or decreased as needed, depending on the power or charging load the battery is experiencing. The fan may run only at low speed or switch off entirely when the A/C is on. The inlet duct for the battery fan is in the rear package shelf, so it’s important that this duct not be blocked or covered with anything.

High-Voltage Precautions
Like the Prius and other high-voltage hybrid vehicles, the high-voltage battery packs enough energy to cause a potentially lethal shock should you accidentally come into direct contact with any of the orange-color coded 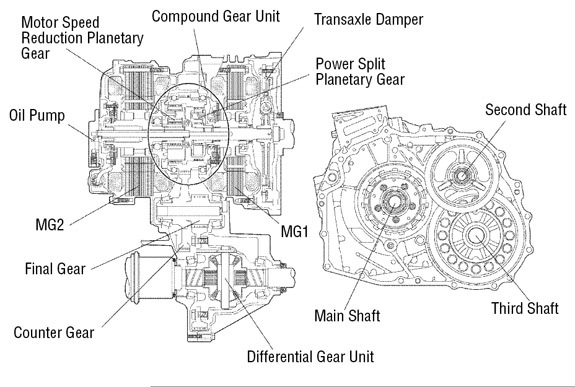 Removing the smart key from the vehicle won’t protect you. The high-voltage battery must be isolated by flipping the power disconnect switch located inside the trunk. Make sure the READY light is out before you do this, otherwise it could cause a “malfunction,” according to Nissan. Wear heavy, rubber-insulated gloves that are rated to withstand up to 1,000 volts to pull the disconnect switch.

Also, do not press the start/stop button when the high-voltage battery has been isolated from the system. This can also cause problems with the electronics and set false codes because the system can’t connect to the high-voltage battery. Ordinary maintenance such as changing the oil, filters, coolant, etc., or working on the brakes, does not require isolating the high-voltage battery. But any work on the powertrain or hybrid components does require isolating the 244.8-volt battery, and waiting at least 10 minutes before starting any work so the capacitors inside the inverter can discharge (they also store enough energy that could give you a bad shock).

Service Notes
The Altima’s reputation for dependability and reliability has not been as good as the Prius. There have been complaints about the engine revving, poor battery charging cycles and batteries going dead.

If you encounter an Altima with a dead battery (high voltage or the conventional 12V battery), do not attempt to charge the hybrid battery. The hybrid battery will be charged by the MG1 electric motor/generator once the engine is running via the hybrid control system. 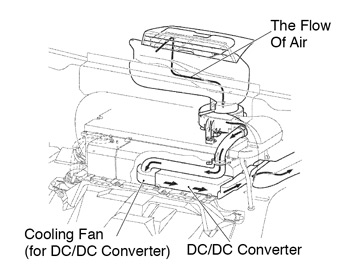 If the 12V battery is low or dead, you can jump-start the system using jumper cables – but don’t hook the cables directly to the 12V battery in the trunk. Nissan provides a positive stud under the fuse box cover in the engine compartment for this purpose. Jumping here will keep any sparks away from the battery.

Here’s another precaution Nissan warns about: Don’t attempt to jump-start the vehicle if it has run out of gas. After hooking up the jumper cables to the positive stud in the fuse box and a body ground in the engine compartment, push the start/stop button twice but without touching the brake pedal. This will prevent the system from going to READY status, but will display the fuel level. If the fuel level reads low, add four or more gallons of gas to the tank before attempting to start the vehicle in the normal manner. When the READY light is on, stepping on the gas will automatically start the engine to begin recharging the battery(s).

If the 12V battery needs to be recharged, do not use the lug in the engine compartment because the power here is routed through some control electronics that could be confused or damaged by a charger. Nissan says to hook up your charger directly to the 12V battery in the trunk (after removing its cover panel). Nissan also says to use only a 5-amp trickle charger. Do not use a quick charger or booster charger, as this may damage the vehicle’s control electronics.

If the original equipment Panasonic 12V battery needs to be replaced, use a gel cell Optima battery, rather than a conventional liquid acid cell battery. The charging characteristics are somewhat different, and the voltage is just a bit higher with the gel cell Optima battery. A standard battery may confuse the hybrid control electronics and result in overcharging problems.

The replacement 12V battery should be positioned on the battery tray with the positive terminal to the right as viewed from the back of the car. The replacement battery (Nissan P/N 999MI-NB34C) sits atop a plastic spacer that snaps onto the bottom of the battery.

A low 12V battery may also set a code P0603, which is a fault for the ECM power supply. It is usually a false code, and can be cleared using a scan tool. Even so, you should check to see if the code returns the next time the start/stop button is pushed and the system is READY for driving.

If there’s a problem with the 244.8-volt hybrid battery, it’s covered under warranty for 10 years or 150,000 miles.
Nissan warns against driving the vehicle if it has run out of gas. Running in electric mode without engine recharging will quickly deplete the hybrid battery, and may damage it.

One other service note is that the 2007 and 2008 Altima hybrid cars use different air/fuel sensors. If the wrong sensor is installed, it may set an oxygen sensor code. Nissan TSB NTB08-012A says the 2007 A/F sensor part number is 22693-JA00B and it has a black plastic cover over the wiring connector. The 2008 A/F sensor part number is 22693-1AA0A and it has a gray plastic tube cover over its wiring. In some cases, it may be necessary to do a computer reflash if the wrong sensor has been installed.

ABS Diagnostics: Mechanical Problems and Testing
Connect with us 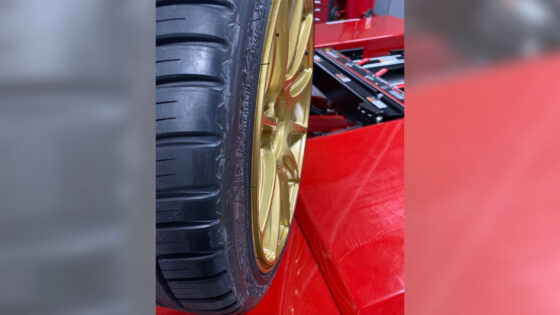