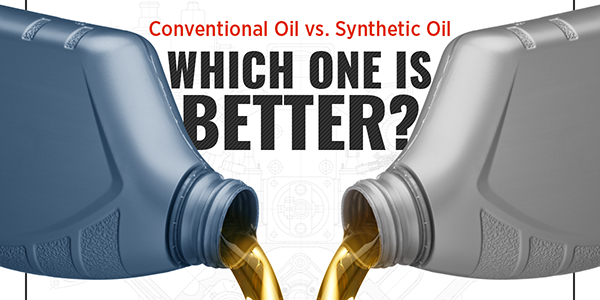 In an independent evaluation conducted by AAA, the company found that synthetic engine oil outperformed conventional oil by an average of nearly 50%. 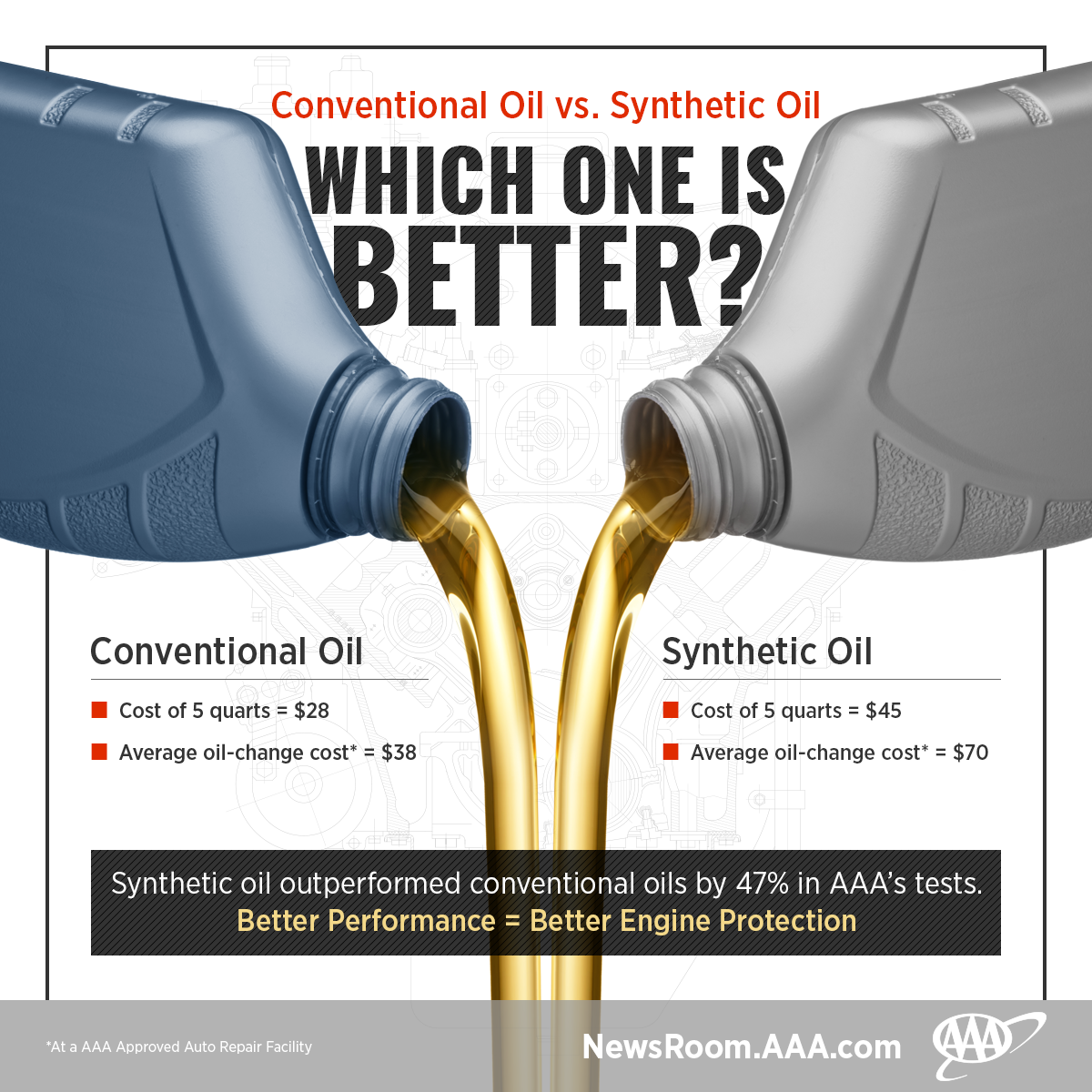 In an independent evaluation conducted by AAA, the company found that synthetic engine oil outperformed conventional oil by an average of nearly 50%.

“Oil protects critical engine components from damage and AAA found that synthetic engine oils performed an average of 47% better than conventional oils in a variety of industry-standard tests,” said John Nielsen, AAA’s managing director of automotive engineering and repair. “With its superior resistance to deterioration, AAA’s findings indicate that synthetic oil is particularly beneficial to newer vehicles with turbo-charged engines and for vehicles that frequently drive in stop-and-go traffic, tow heavy loads or operate in extreme hot or cold conditions.”

While only a limited number of vehicles specifically require synthetic oil, all vehicles can benefit from using synthetic oil, AAA said. Additionally, switching from a conventional oil to a synthetic oil will cost the average driver $64 more per year, or an extra $5.33 per month, the company adds. 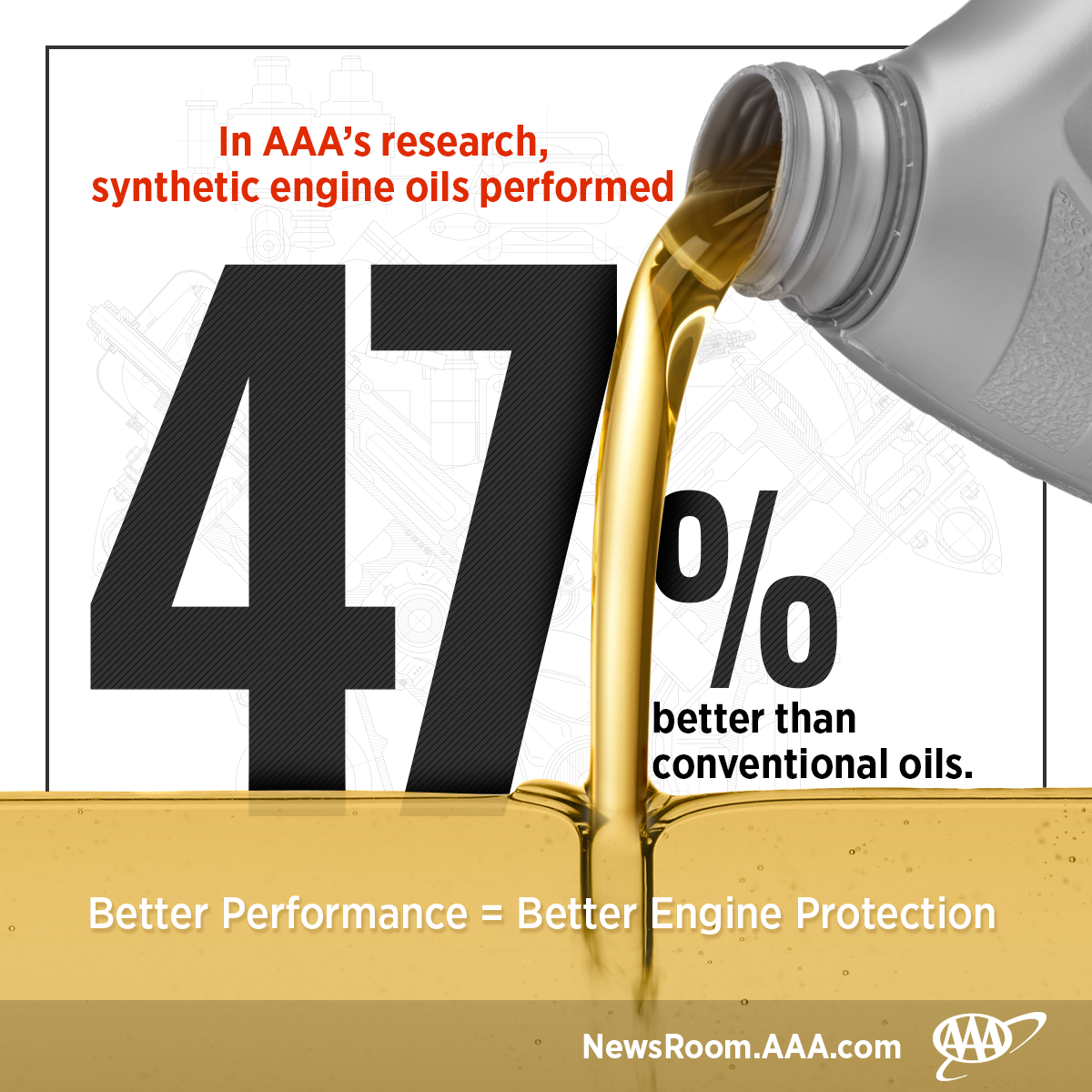 In a companion AAA nationwide survey of U.S. drivers, 44% are either unsure (27%) or do not believe (17%) that the more expensive synthetic oil is better for a vehicle’s engine. Reasons cited for regularly choosing the cheaper, conventional oil include feeling that synthetic oil is too expensive, offers no benefit, that the upgrade to synthetic oil is an unnecessary up-sell by a repair facility, or they are simply not offered the choice.

“It’s understandable that drivers may be skeptical of any service that is nearly twice the cost of the alternative,” said Nielsen. “While a manufacturer-approved conventional oil will not harm a vehicle’s engine, the extra $30 per oil change could actually save money in the long run by protecting critical engine components over time.”