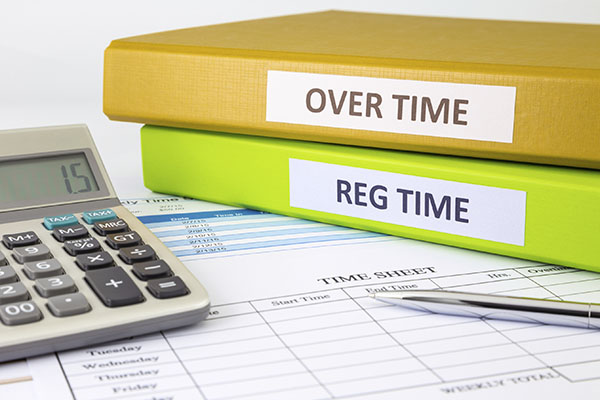 On Dec. 1, 2016, about 4.2 million exempt employees in the United States will become non-exempt. And some of those employees  probably work for you.

The History of the Fair Labor Standards Act

Enacted in 1938, the Fair Labor Standards Act (FLSA) mandates things like a federal minimum wage and requires overtime pay for all hours worked over 40 in a single workweek. As we’ve discussed in a prior article (October 2015, page 32), under the FLSA, employees can either be exempt or non-exempt. An exempt employee is one that need not be paid overtime because that person does not meet certain established criteria. Every employee who does not fit into an exemption category is (unsurprisingly) non-exempt. This means they must be paid overtime (time and a half) for all hours worked above 40 per week.

A few of the main exemptions are the executive, administrative and professional exemptions, called the “white-collar exemptions.” The details of these exemptions are not fully defined by the FLSA – instead, they are defined through regulations issued by the U.S. Department of Labor (DOL).  Practically speaking, that means significant changes can occur without a Congressional vote.

As a general rule, in order to qualify for exemption under three of the white-collar exemptions (administrative, executive and professional with the exception of teachers, doctors and lawyers), you must be: (1) paid a certain minimum salary (currently $455 per week or $23,660 annually); (2) paid on a salary basis, and (3) perform certain job duties specific to the exemption that applies.

In 2014, President Obama directed the DOL to “modernize” and revise the regulations on the FLSA. As directed, the DOL faithfully issued proposed regulations concerning the white-collar exemptions in June 2015. (The DOL is required to publish this type of proposed change before implementing it to allow for public comment.) Among other changes, the proposed regulations more than doubled the minimum annual salary threshold for the administrative, executive and professional exemptions and set a mechanism for regular increases for these numbers in the future. Unsurprisingly, the suggestions were not universally loved and provoked quite a bit of discussion – the DOL received almost 300,000 comments in 60 days. 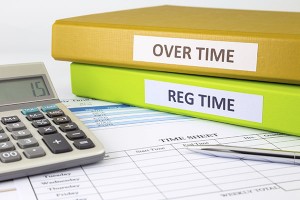 These changes will take effect Dec. 1, 2016.  Importantly, no changes were made to the duties test for any exemption.

So, what does this mean for your business? You need to look at every employee who is currently classified as exempt (again, meaning you do not currently pay them overtime) and earns less than $47,476 annually. Then, for every one of those employees, you need to decide whether you want to reclassify them as non-exempt or give them a raise to bring them up to the required exempt salary level.

If you opt to give an employee a raise, the math itself is fairly simple. However, if you need to move employees to a non-exempt classification, the math to figure out each employee’s new hourly rate is a bit more complex. What most employers are doing is starting with what any given employee is currently being paid, and then working in reverse so that the newly non-exempt employee will ultimately be paid about the same amount. The DOL has approved a formula to do so:

Another option some employers are considering is adopting a fluctuating workweek method. In order to use this method, you must have a “clear understanding” with the employee that the employee will be paid a fixed salary for the hours worked each workweek, regardless of the number of hours worked. This option may sound a lot like being an exempt employee, but under this method the employee is still owed overtime for all hours above 40 hours. However, the labor cost savings comes in because employers need only pay overtime at a half-time rate, instead of the typical time-and-a-half rate. This method is a bit more complex than the default, and it is not an unmitigated boon for employers, so I recommend you consult with an attorney if you are considering implementing it.

Keep in mind that when you’re doing this analysis, you will need to consider more than just an employee’s wages. You will also need to take things into account like the impact on employee benefits, vacation accrual and bonuses.

Further, what about the morale impact? How do you explain this to your employees? Well, feel free to blame the government. It is truly not your fault that you may need to do some serious reclassification and job reorganization, and your employees should know that. Many employees may feel insulted and resent the fact that they now need to clock in. Emphasize to them how much you value them and the work they do for your company. Also, train early and often! You may have a new chunk of your workforce that has not punched a time clock in years. They may not realize they cannot just take off in the middle of the day to run a quick errand without logging in and out. And if your newly non-exempt employees do any traveling, you will need to pay attention to that, too, to ensure they are paid correctly for that time.

If there is a silver lining it’s the fact that this is a great time to make sure that every employee is properly classified, both in terms of how much each employee is paid but also in terms of the duties that they perform. (No employee is exempt purely because you pay them $50,000 annually – they still must perform qualifying duties.) We anticipate seeing more lawsuits brought under FLSA as companies (and their employees) struggle to come into compliance with the new regulations. You certainly do not want to be on the receiving end of a collective action lawsuit, so involve your attorney not only to ensure that you’re in compliance but to cloak the analysis in attorney-client privilege.

If you will be switching numerous people to a non-exempt status, it would not be a bad idea to implement the changes early and work out the kinks before the new regulations go into effect on Dec. 1. Further, you also need to check out the laws of the specific states in which you operate. Some states require notice for changes or reductions in pay. For example, Missouri requires 30 days’ written notice before reducing an employee’s pay. Other states have restrictions related to the fluctuating workweek. And if a state wage and hour law is more generous to employees than the FLSA, then the state law controls.

Don’t panic, but don’t delay! That  Dec. 1 date will be here soon, but if you do the groundwork you’ll be prepared to implement these new regulations.

Employee quandaries? Compensation concerns? Policy questions?  I want to help! Email me at  [email protected] or find me on Twitter at @bassfordwilson, and I’ll do my best to address your questions in future columns. Susan Bassford Wilson is an employment attorney in the Midwest with the nationwide firm of Constangy, Brooks, Smith & Prophete, LLP.

Advertisement
In this article:human resources, Susan Bassford Wilson, You & the Law