From increasingly stringent fuel efficiency regulations to the regionalization of fleets, a number of trends continue to impact the North American trucking industry. Let’s look at six of the top trends within the segment.

According to the most recent data available from the American Trucking Associations (ATA), the trucking industry hauled 9.96 billion tons of freight (2014), which is nearly 70% of total U.S. freight tonnage. Tonnage in May 2016 rose 5.7% over May 2015 levels, which was also a 2.7% increase from April 2016, according to the ATA’s advanced, seasonally adjusted For-Hire Truck Tonnage Index. Year to date, tonnage was up 4% (as of May 2016) overall.

2. Trucks on the Road

Currently there are nearly 3.5 million Class 8 trucks on the road in the United States. More than 80% of U.S. communities depend solely on trucking for the delivery of goods and commodities, according to ATA statistics.

There was considerable growth in original equipment tractor and trailer build in North America (defined as U.S., Canada and Mexico) last year. Approximately 323,282 Class 8 tractors were produced in 2015 vs. 297,097 Class 8 tractors manufactured in 2014, according to ACT Research. However, that number is expected to drop to 235,982 units in 2016, according to most recent ACT projections. Meanwhile, the total 2015 North American trailer build equaled 338,308 units, an 18% increase over 2014 levels.

While the national unemployment rate appears to be on a downward year-over-year trajectory (dropping to less than 5% in May 2016 according to the U.S. Bureau of Labor Statistics), the trucking industry seems to be experiencing a shortage of drivers. In addition to that, the average age of truck drivers in the U.S. is now 55.

Who will replace these drivers as they “age out” of the work force? It’s a question that fleets and carriers continue to grapple with. To attract younger people to the trucking profession, some fleets are boosting wages. And to help compensate for these increased wages, fleet owners may depend on their tire suppliers and tire dealers to help lower their operating costs. This push could benefit dealers who take a “total solution” approach to operating cost reduction.

Fleets are utilizing more ports of entry, using drop-and-hook to better manage driver hours-of-service. They are also taking advantage of intermodal – when and where it makes sense to operate more efficiently, all in an effort to try to lower their costs. As a result, we’re seeing a shift toward more regional service, with trucks traveling shorter distances.

Meanwhile, the needs of regional and urban delivery fleets are evolving, splitting more time between highway driving and city driving. Simultaneously, new urban vehicles have been introduced to the market, some of which are more fuel-efficient than many larger trucks. Due to these factors, many fleets are looking for versatile tires that offer a wider variety of benefits, like a high degree of scrub resistance, long miles to removal, superior traction, enhanced fuel efficiency and a premium level of retreadability

Another trend that could be contributing to the regionalization of fleets is the growth of e-commerce. Adjusted for seasonal variation, U.S. retail e-commerce sales for the first quarter of 2016 were estimated at $92.8 billion, an increase of nearly 4% from the fourth quarter of 2015. First quarter 2016 e-commerce sales jumped 15.2% vs. the same period in 2015, according to the U.S. Department of Commerce.

Regardless of size, vocation and configuration, trucking fleets are looking for ways to lower their operating costs while optimizing tire assets and investment. This is good news, as it can directly result in more opportunity for commercial tire dealers who leverage the trends to better serve their customers.

The Goodyear Tire & Rubber Co. is headquartered out of Akron, Ohio. The tiremaker provides tires for a variety of markets 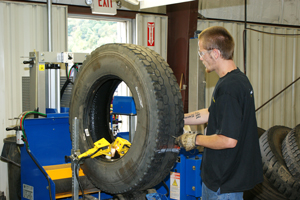 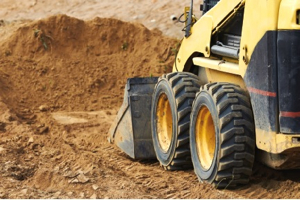 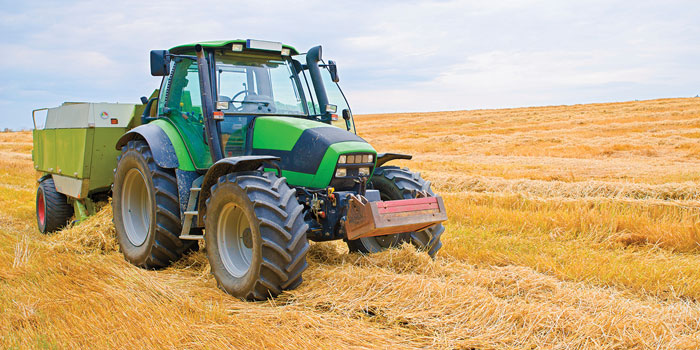 Ag: A Story of Emotions, Volatility and Risk 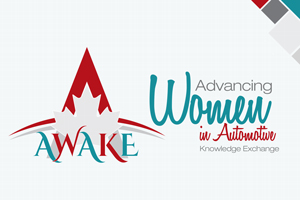 It’s an Industry Issue, Not a Women’s Issue 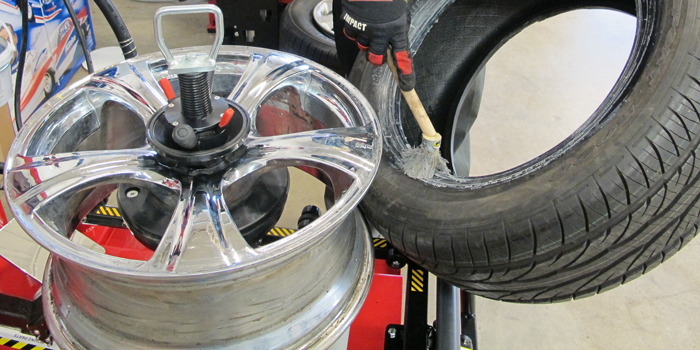 Twenty years ago, a young non-profit professional was tasked with convincing the truck tire and wheel service industry that they needed to train their employees in order to comply with Occupational Safety and Health Administration (OSHA) regulations. It’s just as absurd as it sounds. Employee training has been required by OSHA for almost 40 years so the objective was to make them compliant with laws they should have already been following. And, it still took some convincing!
Fast-forward to 2016 and OSHA training regulations are at the bottom of the list when it comes to the problems facing most of the commercial tire dealers in the U.S. Compliance is met on the first day and the technician receives additional training in order to become certified in most cases. It’s a crystal clear process and virtually guarantees that every technician is properly trained in the eyes of the law.
For the retail industry, the legal obligation is not so cut and dry. The OSHA regulation that requires technician training for truck tires specifically excludes passenger and light truck tires. As a result, a lot of retailers continue with the ancient and indefensible method of providing education with on-the-job-training, also known as OJT. OJT relies on an experienced technician to show the new employee how to do the job. It’s also called “Old Joe” training because Old Joe passes his bad habits to New Joe who eventually becomes the next Old Joe and passes two generations of bad habits to the next New Joe and so on.
While truck tires and wheels haven’t changed much over the past two decades, the passenger and light truck tire industry has experienced a revolution. Between size proliferation, low profile sidewalls, tire pressure monitoring systems (TPMS) and online sales, the technological impact by itself is a lot to digest. However, there are millions of millennials who need tires now or in the future, and the retailer that finds the sweet spot for this generation of tire buyers will be in a very good position.
The best place to start is with technicians. Future tire buyers know virtually nothing about their automobiles, but they are not going to tolerate mistakes. If they get bad service or think something isn’t fixed correctly, they are going to absolutely bomb you on social media. From ratings pages to your own Web page, isolated instances can appear to be standard business practices for the next generation. If the employees who are responsible for mounting and installing the tires are not properly trained, they are going to keep making the same mistakes, putting your reputation at risk.
I find myself using the online rating service occasionally, but I don’t believe everything I read online. However, the next generation of a tire buyer does.
Another unfortunate truth about the new marketplace is the sudden increase in the number of OSHA inspections that appear to be targeting retail tire dealers. Compliance with all of the applicable OSHA regulations is not something that happens overnight. The truck-tire dealers figured it out a while ago and many are compliant across the board. Retailers aren’t familiar with OSHA so it’s easy for little things – like fire extinguishers past the expiration date, dirty floors or a ground plug that is missing from an extension cord – to slip by and go unnoticed.
One lay-up for the OSHA inspector is hazard communication. By Dec. 1, 2013, every employer in the U.S. was required to train all of their employees on the new label elements and safety data sheets for hazardous materials in the workplace. This means every chemical used in the shop (oil, fluids, aerosol sprays, etc.) must have specific information on the label and correspond to a safety data sheet (SDS) at a designated location. The objective, and a good one, is to make sure that any accidental ingestion, inhalation, exposure or absorption is met with the appropriate medical attention immediately. It’s “Workplace Safety 101,” yet I’m willing to bet that an embarrassing number of tire dealers (both retail and commercial) will have difficulty producing records that show training, and even more difficulty producing an SDS for every chemical in the shop.
For a complete copy of the OSHA Hazard Communication Standard, visit osha.gov.
Next, it’s time to look at training for the sales counter. For the small percentage of people in general who pick up the phone and call a business to speak with a salesperson, that call has to be on the money every time. The phone sales consultants and trainers make some serious claims about how many sales are lost because people don’t know how to sell over the phone. When the phone rings, the person answering it – who either transfers the call or helps the caller – had better be trained to do it correctly or the phone might stop ringing altogether.
In the new passenger and light-truck tire marketplace, getting the customer in the door is the greatest challenge. That explains why our members are telling us that sales training is becoming more important. On the retail side, there is unlimited competition and it’s only growing, so the knowledge and ability of the sales associate has to make a tremendous impact on the tire buyer. Again, it doesn’t happen overnight, so sales training and coaching will become more important as the number of people who actually want to interact with a real person decreases.

Related Articles – U.S. Tire Demand Near All-Time High Within the auto care service industry, tire dealers are one of but two segments that show growth in the total number of outlets over the past eight years, up by 0.9% annually since 2007 to an estimated 19,851 locations in 2015. Even more impressive is the 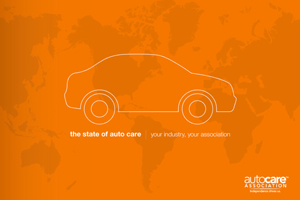 Once you eliminate the noise around the politics of a weak economy and look at the facts, it appears the U.S. tire market is ready to break records. The U.S. replacement tire business (which is greater than 80% of industry volume) is facing demand never before seen in the truck and bus radial (TBR) segment. 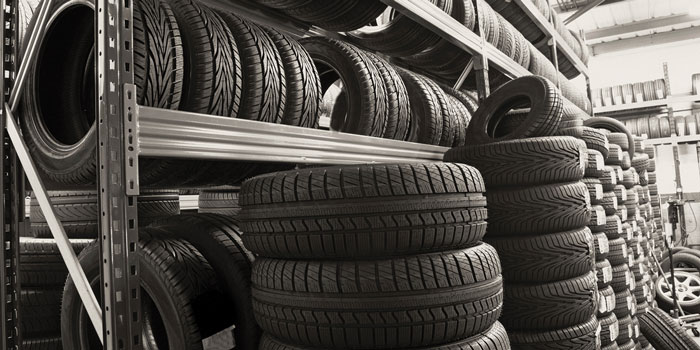