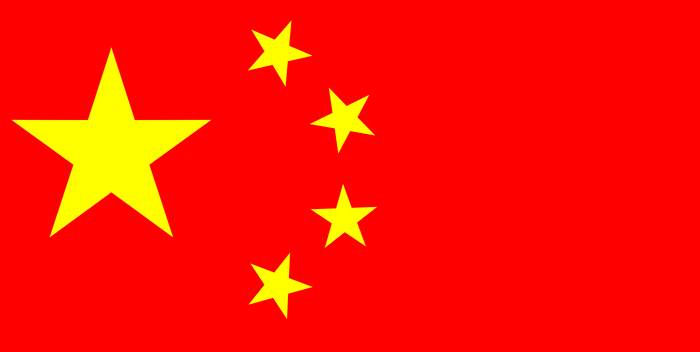 These days Chinese biking lovers are overwhelmed by a newly launched foldable electric bike called the Uma Mini, produced by Hangzhou-based tech start-up Yunzao Technology. The company has sold more than 2 million Uma Minis since the product was launched on June 24.

Similar enthusiasm is also given to the Ninebot electric self-balancing scooter by China’s popular tech company, Xiaomi, which sold more than 8,600 scooters in June alone on its online store at China’s largest B-to-C platform, Tmall.com.

More Chinese are buying electronic, smartphone-connected alternative transportation tools, and Jiangsu Seyoun Tire has caught on to the trend. The Suqian-based company manufactures tires for bicycles, motor scooters and motorcycles, and is now adding something new to its product line.

“In July, we plan to launch a batch of newly developed tires for balancing scooters and racing bicycles. We see more young people are adopting a healthy lifestyle and they like to ride rather than sit in a car,” said Qiu Shigang, Seyoun marketing manager.

Established in 2001, Seyoun is dedicated to the Chinese market with about 20% of its sales coming from outside of China, mainly from the emerging markets like India, Southeast Asia and South America. But, Qiu said the company expects to explore more opportunities overseas now that they are tapping into the lifestyle market.

“Westerners in general like to work out, go biking and all, so we think there are opportunities for us,” Qiu said.

Seyoun is keen to find new area for further growth as China continues to limit or ban the use of motor scooters and motorcycles in big cities like Beijing and Shenzhen to avoid accidents. The majority of Seyoun’s revenue, however, comes from tires for motor scooters.

“That’s why we really need a change,” Qiu said, adding aside from the policy, its business is also hurt by China’s slow economy, which has led to fewer scooter buyers. 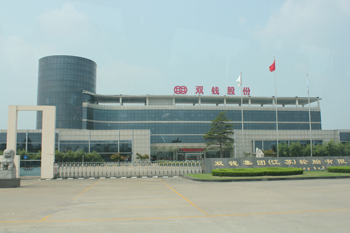 Chinese tiremakers, such as Double Coin who sell truck and bus tires to the U.S., will have to make changes due to pending anti-dumping and countervailing duties.

Other companies need to make changes too. Especially those selling bus and truck tires to the U.S., which on June 28 issued a preliminary determination, throwing countervailing duties ranging from 17.06% to 23.38% on imported TBR tires from China.

China’s largest tiremaker, Zhongce Rubber Group, is a typical example. The state-run company last year was forced to temporarily retreat from the U.S. market as it was imposed 107.97% of anti-dumping and countervailing duties by the U.S. government. But Zhongce already has strategies to exclude the U.S.

In May, it attended the Essen Motor Show in Germany, showing its latest tires under the brands Westlake, Chaoyang and Goodride to European visitors. The same month, Zhongce went to Dubai to discuss “new business strategies” with its local dealer, Al Rahala International.

Like many other export-oriented Chinese tiremakers, Zhongce did not give the Chinese market enough attention in the past decades; however, that has changed.

In January, the company added its Chaoyang-branded bicycle tires to its online store at Tmall, which also sells its full range of passenger car tires including those for SUVs and racing cars. Last year, it introduced an aftercare service brand “Che Kong Jian”, meaning “car space,” recruiting franchisers nationwide. Consumers can book services in any Che Kong Jian store in China through a smartphone app. According to the company, making the service brand “strong and big” to serve Chinese car owners is its major job in 2016.

For the manufacturers with extensive experience in developed markets that are more demanding on quality, focusing on the domestic market is a right move, said a director at Beijing-based China Rubber Industry Association (CRIA). He declined to be named, citing government policies.

“Chinese car owners are getting more sophisticated and they demand the high quality tires that these tiremakers have long been manufacturing,” he said. However, he added that branding could be a concern as multinationals have dominated the Chinese PCR tire market, especially in the big cities.

“Chinese brands need to learn how to do marketing from multinationals to win over Chinese consumers,” he said.

While acknowledging that China’s slow economy would affect tire sales, the director said it also provides an opportunity for manufacturers to grow beyond sales.

For example, in June the CRIA hosted a press meeting in Qingdao, Shandong province, to introduce a green tire label, meaning a safe tire with lower carbon emission. According to the CRIA, the label is a result of multiple discussions with its counterpart in Europe – the Belgium-based European Tyre & Rubber Manufacturers Association.

The CRIA president Deng Yali said at the meeting that the green label is necessary to improve the industry in accordance with China’s 13th five-year plan (2015 to 2020), which underscores sustainable development across manufacturing industries.

Right now the label is not mandatory, but the CRIA expects it will promote the green idea among consumers, who will eventually pressure the tire manufacturers into making more eco-friendly tires, the director said.

A recent example is Qingdao Doublestar, which in May signed the Swiss automation solution provider ABB to build a smart facility. Its rival, Triangle in Weihai, is one step ahead, churning out tires since February from its CNY6.7-billion-worth ($1 billion) smart facility. Other companies in the arena include Zhongce and Qingdao-based Sentury Tire.

These costly smart facilities are showing the world the next generation of Chinese manufacturers, said the director from CRIA. “They are the model of our industry. We hope more manufacturers will follow suit.”

Advertisement
In this article:China, SOTI, State of the Industry, Wang Fangqing

Retread Industry Update
Connect with us