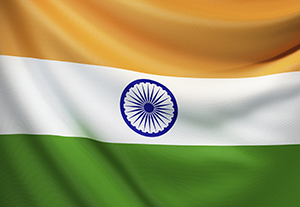 Huge momentum in the Indian automotive industry in recent years has led to a brisk growth for Indian tire production. With a population of more than 1.3 billion people and one of the fastest growing automotive industries, tire production in the country is expected to reach new heights in coming years. The following is an overview of the state of the Indian tire industry.

Supported by 39 companies and 60 manufacturing plants worth $7.5 billion, the Indian tire industry is going through one of its best periods overall; however, the last financial year (April 2015- March 2016) has not been strong.

After a robust volume growth of about 15% in 2014-15, the Indian tire industry has posted muted growth in the current financial year due to a meager 2-2.5% growth in the original equipment demand and 1-1.25% growth in the replacement segment. Besides a slowdown in domestic industry, huge imports of tires particularly from China have had an adverse affect on Indian tire production. Domestic tire production was affected by the deluge in tire imports (up 12-14% FY16 expected) and falling exports (down 13-15% FY16 expected).

On the raw material and input front, natural rubber and crude oil prices have continued to favor the domestic tire industry for the last two years. In a bid to stay competitive and achieve product diversification, Indian tire producers have invested a huge sum toward greenfield and brownfield expansions in the last several years.

Major technological changes have taken place in tire design from the conventional bias- or diagonal-ply of the past to the current steel-belted radial tires, tubeless tires, tires with low aspect ratios, puncture resistant tires, etc. Testing standards have also evolved accordingly to ensure high performance, mileage, safety, reliability and longevity of the tires. The Indian tire industry has been quick in adopting the latest technology trends through foreign collaborations.

Despite the rapid developments in India’s tire industry, the country has a very low penetration in terms of radial tires for the medium and heavy-duty commercial vehicle (M&HCV) segment. That said, the country has achieved an almost 100% radialization in passenger cars segment.

Most tire companies are expanding their radial tire capacities, as these tires are of better quality and priced 20-25% higher than cross-ply tires. Capital expenditure incurred on this expansion is expected to affect the profitability in the short term as manufacturing of radial tires is more capital intensive than their cross-ply counterparts.

There has been a huge influx of imported tires in the last few years in India, which has had an adverse effect on Indian tire producers. The import of truck and bus radial tires from China rose 65% to $123.22 million in the 10-month period of April to December 2015 from $75.53 million during the corresponding period the previous year, according to India’s Ministry of Commerce and Industry data.

Indian tire producers have been demanding higher duties on imported tires for some time. Most of the domestic producers were expecting the government to take some steps in the Union Budget 2016-17 (presented on Feb. 29, 2016) to impose an anti-dumping duty of about $25 per tire or raise the import duty from 10 to 30%; however, the Indian government did not take any action on the huge imports of tires.

Earlier, in December 2015, the Indian government had ruled out putting immediate restrictions to curb the import of tires from China, saying it is too early for such a step as imports increased only in May-June 2015.  According to a reply filed by Commerce and Industry Minister Nirmala Sitharaman in Indian parliament, the volume of imported tires from China had actually reduced during 2014-15 from a high of the previous two fiscals with the only increase being in May 2015-16.

Comparatively cheaper tires from China and Vietnam have edged out Indian tire producers from some of the strategic exports markets.

According to ATMA data, India’s total medium- and heavy-duty commercial vehicle tire exports declined 9% to 9,68,061 units in the April-September 2015 period, as compared to 10,63,938 units in the corresponding period a year earlier. Passenger car tires also nosedived 22% to 10,81,841 units in the first half of the current financial year, compared to 13,95,921 units in the same period last year.

The government acted after the Indian Rubber Growers Association called for an immediate government intervention, saying that domestic rubber prices had plunged to an eight-year low of $1.39 a kilogram. The association called for an additional safeguard duty on rubber imports beyond the amount required by Indian industry, seeking to drive demand to Indian producers. According to the association, imports of natural rubber had exceeded 400,000 metric tons in the first nine months of the financial year (April 2015- Dec 2015), compared with 442,130 metric tons during the preceding 12 months.

Restrictions on natural rubber imports, which account for up to 52% of India’s overall consumption, are likely to raise its prices. This increase will have a negative effect on the cost of production of tire companies.

In a recent investigation, the Competition Commission of India (CCI) has found five of the leading tire producers in the country guilty of cartelization. The Indian Ministry of Corporate Affairs had filed a complaint against Apollo Tyres, MRF, CEAT, Birla Tyres and JK Tyres. The investigation found the five above mentioned companies controlled 83% of the tire market.

“These five companies under the aegis of the Association of Tyres Manufacturers Association (ATMA) have from 2011-12 to 2013-14 indirectly determined the price of tires in the market,” read the report of the director general’s office of the CCI’s investigation wing. The preliminary report has not been made public.

The report further read, “Despite a significant decline in input costs, particularly in 2012-13 and 2013-14, prices were kept higher, which could not have been possible without an agreement among these companies.

The presence of conducive conditions in the market facilitated a cartel among the companies.”

Advertisement
In this article:India, SOTI, State of the Industry, tire market, Yogender Malik

Retread Industry Update
Connect with us