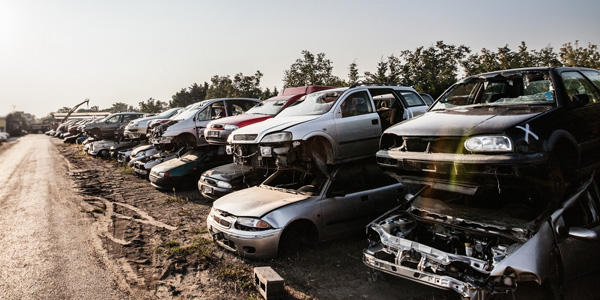 With the average age of the vehicle reaching 12 years, finding the right parts is becoming an issue and forcing shops to become sourcing and logistics experts.

I often receive calls from shops looking for specific parts, or they call to complain about parts. Most of the vehicles in question are mainstream domestic and import nameplates that range from five to 15 years old. The parts may include HVAC actuators, ride height sensors and various modules.

To purchase some parts, however, the dealer is the only game in town. Auto manufacturers are not obligated to support a product once it has exceeded the warranty period. There are exceptions for safety and emissions but, in most cases, they are under no obligation to keep all the possible parts available for 15, 10 or even five years.

But with the average age of the vehicle reaching 12 years, finding the right parts is becoming an issue. It is forcing shops to become sourcing and logistics experts.

In some cases, the only alternative is a salvage or recycled part. For some shops, there is a taboo about using a part that was not new or remanufactured. It can also be a tough sell to some customers. The best term to use in front of a customer is that it is a “recycled” part.

Most of the stigma comes from the salvage yards of 20 years ago, but things have changed. I remember when a call to a local salvage yard was just the start of a very frustrating transaction. Either the guy on the phone knew his inventory, or he had to send a guy out to the yard. Chances were good that the part wasn’t right or was damaged when it was removed. Today, ordering is online, and you can look at actual pictures of the part taken by the recycler. In some cases, you can use the VIN to order.

Most of the vehicles purchased by auto recyclers were involved in collisions. The market for these parts vehicles is substantial. The auction company Copart, which sells vehicles that have been totaled, reported that the average sales prices for “total losses” are up 35% in the past two years.

Some people predict that there will be fewer collisions due to standard safety systems like ABS and stability control – so fewer cars will be going to the graveyard. Some see an even bleaker future for “recyclers” because more vehicles come with collision avoidance and automatic braking. But, the reality is the number of police-reported crashes reached more than 6.4-million in 2018. This is up from 5.4-million in 2010.

Sourcing parts is not going to get any easier. Most late-model vehicles are packed with sensors, actuators, and modules. In the traditional aftermarket, these are not fast movers, and parts stores are hesitant to keep them in inventory. The same can be said about some new car dealer parts departments.

But, the one thing that will never change is our customer. They will always need their vehicle by end of day and they are usually on a budget.

Advertisement
In this article:Recycled Parts