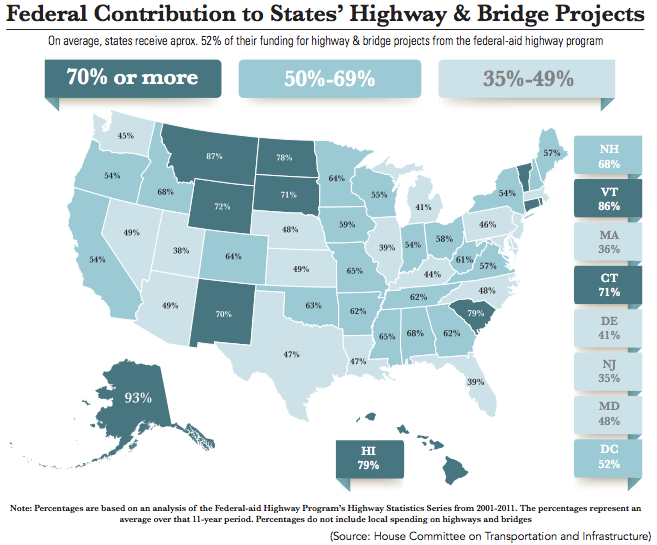 In Congress, I’m always looking for ways to find common ground with colleagues on both sides of the aisle. Constituents call and write me often, letting me know how fed up they are with gridlock in Washington. Trust me, I share the same frustration. 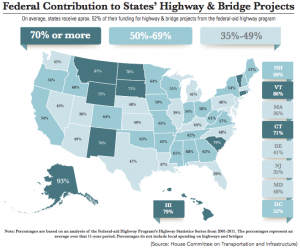 There are, however, some issues that truly bridge the gap. One that most everyone agrees on is the dire state of our nation’s infrastructure.

The American Society of Civil Engineers gave America’s infrastructure a ‘D’ grade on their latest report card. This grim analysis highlights the growing importance of making wise, necessary repairs to our roads, bridges and aging sewer and water lines.

One of the reasons our nation gained its economic edge was the ability to move products to market more efficiently than other countries. Now, in a global economy, it is even more crucial for us to maintain that competitive position. Unfortunately, we are falling behind because of our crumb­ling infrastructure.

Not only do infrastructure repairs – bridges, highways, city streets – improve our position among other global powerhouses, but they also have many positive impacts on our economy here at home. You cannot outsource building a road or bridge to China or India. We can put millions of people back to work with good-paying American jobs, but we first have to make the commitment to prioritize infrastructure investment.

When it comes to addressing this problem, questions about the future of the Highway Trust Fund have found their way into the spotlight. This fund is the primary lifeline for critical infrastructure projects that help build, maintain and repair our nation’s roads, highways and bridges.

The Department of Transportation collects the money to pay for the Highway Trust Fund through a number of excise taxes, including those on fuel and on commercial truck tires.

So why is the Highway Trust Fund in trouble? Tax re­venue flowing into the fund has remained stagnant for nearly two decades, which means the Fund’s buying power has declined. Put more simply, revenue has not been able to keep up with how quickly our infrastructure is aging and declining or with the true costs of maintaining and rebuild­ing roads and bridges.

Projections from the non-partisan Congressional Budget Office indicate that the shortfall between revenues and outlays will average roughly $15 billion annually from fiscal year 2015 through fiscal year 2020. As Congress considers surface transportation reauthorization, the funding shortfall is the major issue framing the debate.

The House of Representatives recently passed the Highway and Transportation Funding Act, which ensures funding of the Highway Trust Fund through May 2015. I was happy to support this short-term fix because a high-quality, efficient transportation system, and the many jobs it supports, is extremely important for the present and future of our nation.

But Congress now needs to address the long-term sol­vency of the Highway Trust Fund. We can’t wait for another crisis, and we cannot be pressed against the wall by waiting until the last minute to act.

It’s time for Congress to stop kicking the can down the road. These short-term solutions do not allow state departments of transportation and businesses associated with the infrastructure supply chain, such as tire manufacturers and their independent tire dealers, to ade­quately plan for the future. I am push-­ ing my colleagues to pursue an effec­tive long-term plan for future funding of the Highway Trust Fund, one that ensures continued invest­ment in our infrastructure and job creation in a fiscally responsible manner.

Members of both the House of Representatives and the Senate have many opinions about the best way to do this. Despite disagreements, mem­bers of Congress must be reminded that it is crucial to work in a bipartisan manner to address this funding issue and re-invest in America’s vital infra­structure.

Recently, I worked with Rep. John Delaney, a Democrat from Maryland, to introduce HR 2084, the Partnership to Build America Act. The goal of this legislation is to establish the American Infrastructure Fund, which would provide bond guarantees and make loans to states, local governments and non-profit infrastructure providers for investments in qualified infrastructure projects. This is just one example of how members from different sides of the aisle can come together to add­ress real issues facing American families and businesses.

I expect more bills like ours to be introduced in the House and Senate in the near future. It is important to recognize that no matter what part of the country we call home, however big or small, investment in our massive infra­structure is beneficial to the entire economy and to small business owners every­where, and is a smart use of taxpayer dollars.

Remember, we do not have Repub­lican roads or Democrat bridges in this country. America’s infrastructure is a bipartisan issue that must be prior­itized if we want to maintain our global competitiveness.

The Highway Trust Fund is an important catalyst for rebuilding our nation and putting Americans back to work. I will continue working toward a long-term fix that will provide the certainty that our state governments and manufacturers deserve.