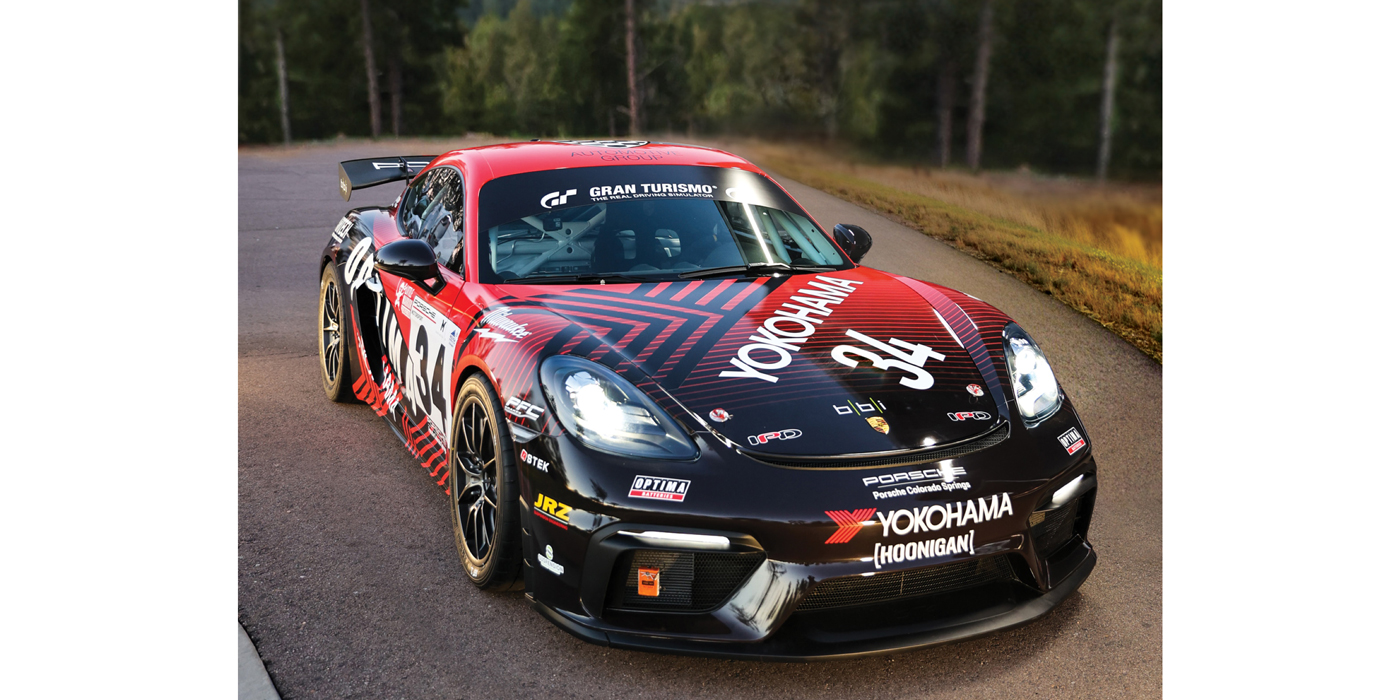 The 99th running of the “Race to the Clouds” is set for June 27 in Colorado Springs, featuring new Yokohama-sponsored drivers Tanner Foust, Codie Vahsholtz and Randy Pobst.

Yokohama is returning to the Pikes Peak International Hill Climb and for the fourth straight year as the sponsor and exclusive tire supplier of The Porsche Pikes Peak Trophy by Yokohama. The company says this year’s effort will be highlighted by the addition of several new drivers in multiple classes.

The 99th running of the “Race to the Clouds” is set for June 27 in Colorado Springs. The new Yokohama-sponsored drivers are Tanner Foust, Codie Vahsholtz and Randy Pobst.

According to the company, Foust, a Team Yokohama member and Rallycross/Formula Drift champ, heads the list of competitors in the five-car Porsche GT4 class. The company says all will continue to set records on Yokohama’s ADVAN A052 tires.

Veteran racer Clint Vahsholtz, who won the overall championship and the Open Wheel division on ADVAN A005 tires last year, is handing the reins over to his son Codie, a multiple Pikes Peak winner in the motorcycle division, the company says. Vahsholtz will be driving the 12.42-mile race in a 2013 Ford Open.

Pobst, who will compete in the Exhibition Class in the Unplugged Performance Tesla, will also be on A005 slicks.

Yokohama says it is also partnering with BBi Autosport, which is back for the sixth time at Pikes Peak, supporting three Porsche race cars in three classes, including Foust; 2019 class winner Raphael Astier driving the record-setting OPTIMA GT3 “TurboCup” in the Open Class; and David Donohue returning to Time Attack 1 in the Audrain Motorsport GT2 RS Clubsport. Yokohama is providing technical support and equipping the TurboCup and GT2 RS with ADVAN A005 slicks.

For livestreaming of the race, go to https://www.facebook.com/Mobil1/.