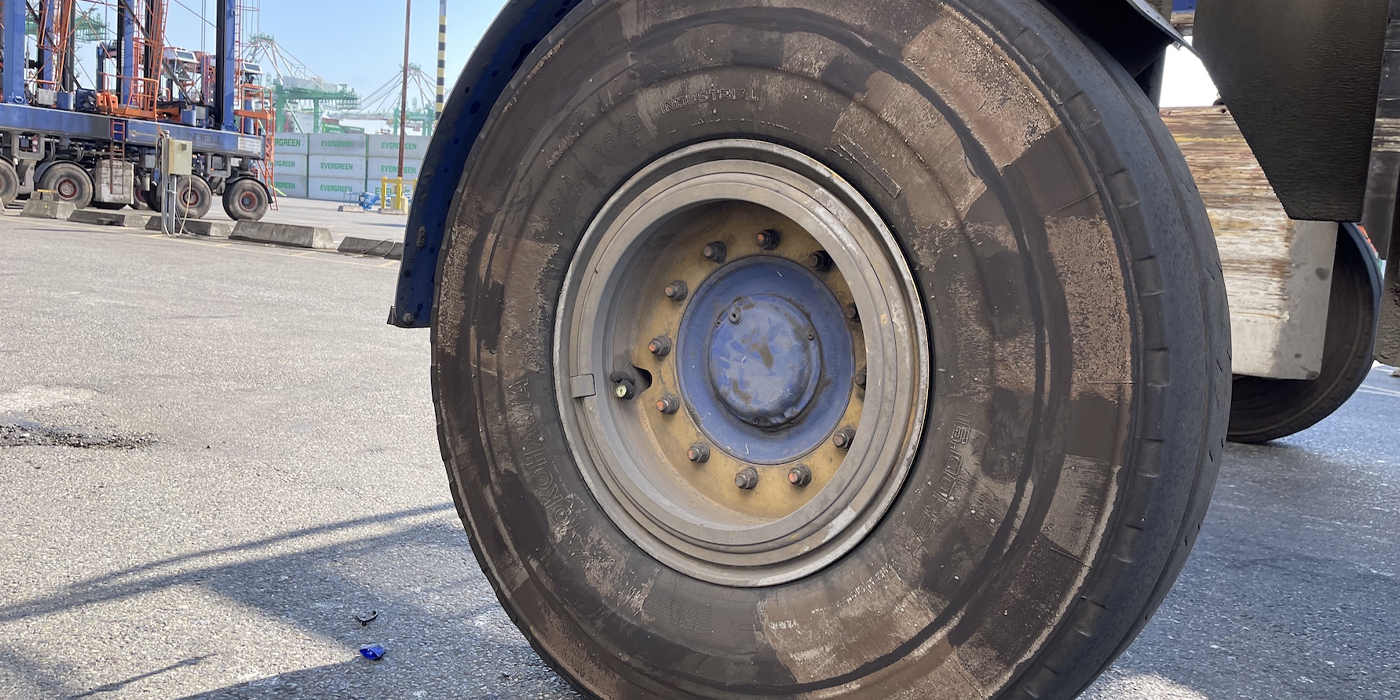 The larger size of the RR42 tire is built for the new class of straddle carriers that are increasing container handling efficiency, the company said.

Yokohama Off-Highway Tires has released its Yokohama RR42 IND-4 steel-belted radial in the 480/95R25 size. Capable of loads of up to 37,500 lbs. at 15 mph and rated for speeds up to 21.7 mph, the larger version of the RR42 is built for the new class of straddle carriers that are increasing container handling efficiency, the company said.

The Yokohama RR42 features carefully positioned, deep circumferential grooves that minimize vibration and reduce tread wear. Even after 80% of the compound has been worn, the grooves remain, maximizing tire life and performance, Yokohama said.

Between the circumferential grooves, smaller grooves dissipate heat, which allows the 480/95RR25 Yokohama RR42 to operate at higher speeds. Multi-layered, steel-belted construction enhances heat dissipation and traction, and a sturdy hexagonal bead adds strength and stability, according to the company.