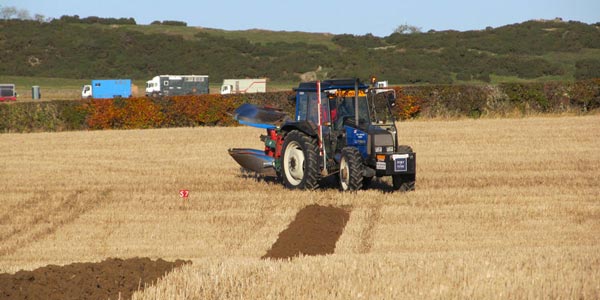 This year’s World Ploughing Championship will take place in Lake of the Woods, Minnesota from Aug. 30-31, where this contest was held for the first time in 1953.

At this year’s competition, British champion Peter Alderslade will once again rely on his 2004 Valtra A95 and a Kverneland two-furrow reversible plough. In 2018, Peter changed to Continental Tractor85 tires and has used them in his last four competitions, including his win at the British championships.

“The tires have a narrow profile, so they fit the furrows well. With one tractor wheel always in the furrow I have just made, it’s important that I don’t damage it as I plough the next,” he says.

The judges mark competitors down for any inconsistencies in the formation of the furrows, especially when there is compaction caused by the tires. Alderslade explains, “In the wet, the soil compacts more easily and if a furrow is broken you leave shiny and dull sides that are obvious to the judges. All of the furrows need to be even and look identical otherwise you lose points.”

The World Ploughing Championship takes place over 10 days – with an additional 10 days of practice beforehand. Alderslade will compete in ploughing a triangular space with sides measuring 100 meters, 16 meters and 12 meters. He will be marked on 10 variables, which include timekeeping, the straightness of his lines and the consistency of his technique.