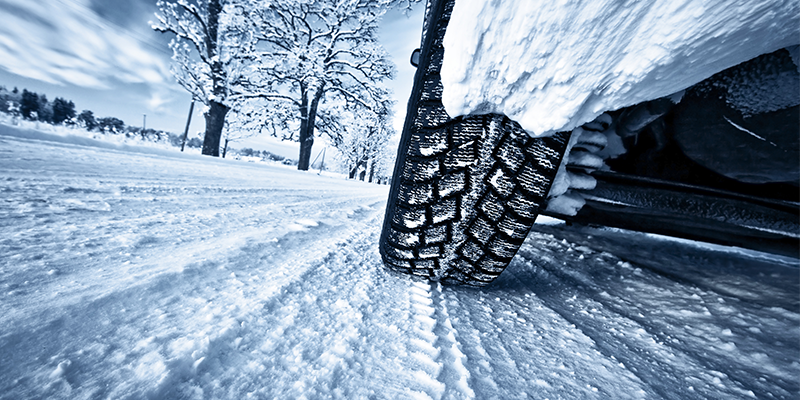 According to Smithers Rapra, the global tire market in volume for winter tires was estimated at 175 million units in 2015 with growth predicted at 3.3% per year through 2021.

The winter tires market, which provides products for seasonal wintery conditions and low temperatures predominantly in North America, Russia and Europe, accounted for $19.3 billion in global tire sales during 2015, according to Smithers Rapra data. In volume, the global tire market for winter tires was estimated at 175 million units in 2015 with growth predicted at 3.3% per year through 2021.

According to Smithers Rapra’s report, “The Future of Winter Tires to 2021,” winter tires are important in a number of end-use segments, chief among them passenger cars and light trucks, in geographic markets where weather conditions and government regulations may require their use. Worldwide, the winter tire market is dominated by passenger cars, which account for about three-quarters of winter tires sold, or 131 million, compared to almost 44 million for light trucks. Growth between the two segments on a global basis is expected to be balanced through 2021, with each growing at the same rate as the overall market in unit terms.

The winter tire market is overwhelmingly a European one (60%), particularly in size and growth in Scandinavia, and Central and Eastern Europe. Major global growth regions, such as southeast Asia, India and Brazil (assuming they all resume rapid growth), are not represented. Russia, another “emerging” economy that has stumbled of late, is often included in Europe, but when it comes to winter tires, it is large enough for separate treatment. The other markets are North America (mainly Canada and the northern snowbelt states of the U.S.), Japan and China. It is the currently unregulated China market that is most noteworthy for growth, gaining at over 13% per year, compared to 3.3% for the market overall. Winter tire pioneer Nokian sees China as having the potential to attain near-European scale in the future.

Generally, there are two types of winter tires – Nordic and Alpine – that are globally recognized based on the traction needed for the severity of the winter conditions. Each type of tire is tuned to the conditions with tread design and compounds. A new category does appear to be entering the mix in the form of the all-weather tire, and advancements in all-season tires, which are somewhat suited to many winter road conditions closer to those addressed by the Alpine category. 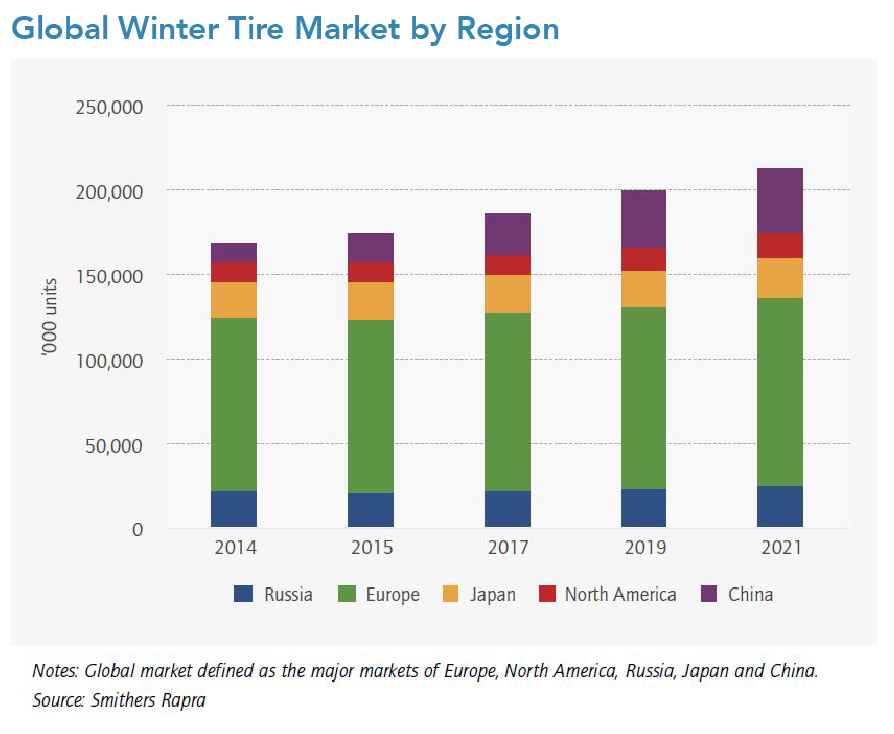 Among the key trends impacting the winter tire market, winter severity is the most obvious and can have a great impact on volume and timing of demand. Despite regulatory support, demand is still highly influenced by winter weather patterns, making it difficult for manufacturers, distributors and raw material suppliers to plan, which raises the prospects of periodic shortages or excess supply. Given the attractive margins though, and the important seasonal role the tires play, most major players have a significant involvement, subject to regional variations.

The growth of the winter tires market is also driven to a large extent by legislation. In those countries where winter tires are compulsory, this is limited to certain months of the year. For some countries, it is dependent on weather conditions. It can be indicated as mandatory with a road sign. Countries also often have set requirements for what the minimum tread depth of a winter tire should be.

The winter tires market is experiencing both incremental improvements and potential breakthrough concepts. Some research efforts have resulted in new winter tire categories, like all-weather and high-performance winter tires, which are expected to gain market share in the coming years. Meanwhile, studding – long disfavored and sometimes banned due to road surface damage – is an area of greater attention. Promising innovations such as retractable studs are now only in the concept phase.

New compound and tread patterns are improving both winter/ice traction and wet grip, depending what is most needed in the relevant climate. Rolling resistance reduction, a primary focus in many tire segments, particularly original equipment (OE) tires, is becoming more of a factor in winter tires. Even though many of the current and near-term innovations in winter tires seem incremental rather than revolutionary, taken together they will significantly improve winter tires relative to their current state, and relative to non-winter tire types, by 2021. 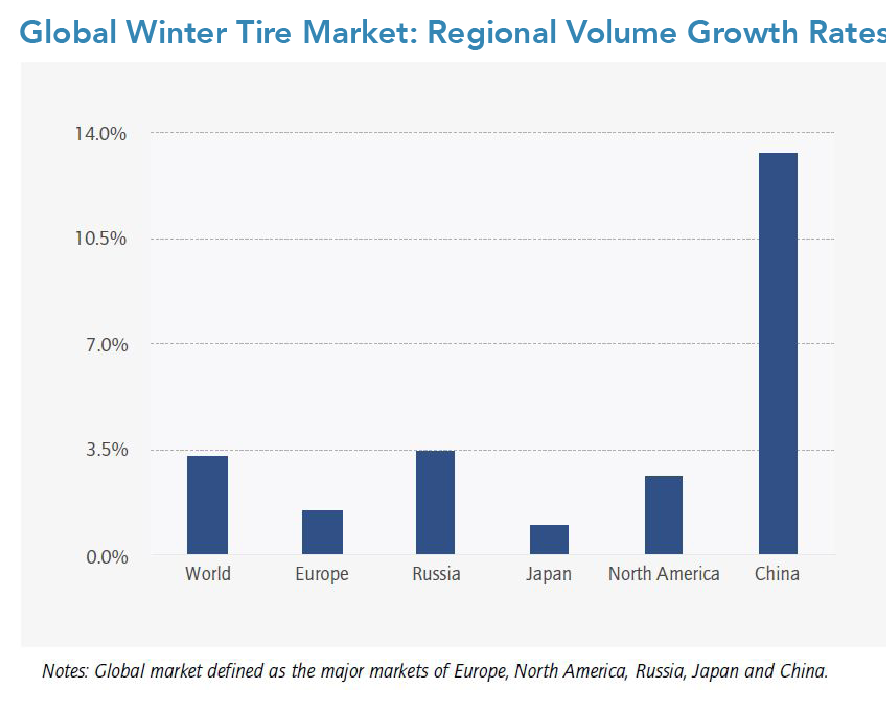 Advertisement
In this article:resources, winter tires