CTNA unveiled the Altimax powerline at last year’s SEMA Show, touting the H- and V-rated Altimax HP and the Altimax RT touring lines – a total of 80 sizes covering 13- through 18-inch diameters – that will hit the market shortly. In January, meanwhile, CTNA took the wraps off the Altimax Arctic, part of the new powerline and the very first General branded winter tire, according to CTNA.

The tire was introduced as part of a frosty, two-day program at Big Sky ski resort in Montana attended by tire and enthusiast media as well as key CTNA dealers.

Cold was, after all, part of the equation. Media and dealers put the tire through its paces on the frozen runways of Yellowstone Airport, which closes from October to June due to, you guessed it, the weather. The flat snow- and ice-covered pavement gave drivers an extra margin of safety as they put the tire through six stations, testing braking and maneuverability at both sane and slightly insane speeds. The 10ºF daytime high gave the tire a fair test.

A fleet of BMW 3-series sedans, Pontiac Vibes and VW Touregs weaved through and around the bright orange cones that outlined the various exercises: lane changes, slaloms, a skid pad and an autocross. Because some of the attendees see little winter weather in their hometowns, one exercise pitted the Altimax Arctic against a stock all-season and a summer tread, giving them first-hand experience in the tractive abilities of a dedicated winter tire.

The unique, multi-angled siping delivers 270 degrees of biting edges for sure snow and ice traction in virtually every travel direction. Natural rubber and silica are combined in a dual-tread compound that, CTNA said, provides “exceptional” cold-weather flexibility and wet traction. The 12/32nds deep tread – 2/2nds deeper than a standard all-season tire – adds to the tire’s traction and wear characteristics.

Common to all Altimax tires, CTNA’s “reactive contour technology” allows the tire’s footprint “to react to different road conditions for optimum road contact throughout the life of the tire,” the company said.

In addition, the tire is studdable. In fact, according to Tony Talbert, CTNA’s product and brand manager, the Altimax Arctic covers more than 72% of the Canadian market and 68% of the U.S. studdable winter tire market segment.

CTNA officials put the size of the North American winter tire market at around 10 million units, six million of which are in Canada alone, where winter tread is often not an option. All told, Continental claims to have sold 19 million winter tires worldwide.

Dr. Burkhard Weis, head of Conti’s tire development worldwide, said today’s winter tires are far different than models of even a few years ago. Where before, winter patterns and compounding were a “one size fits all” proposition, today’s winter lineups are being tuned to meet a variety of consumer requirements.

“Some want and need a tire that can meet extreme conditions all of the time, such as low temperatures and ice,” Weis said. “Some people only see periodic snow and ice but see a lot of wet or slushy roads. We have to address their needs differently.”

The Altimax is being produced in Germany and will hit North American warehouses later this year. It will be available to retail dealers in the third quarter, CTNA said, with 26 sizes covering 13- through 17-inch wheel diameters.

Video: What is the Biggest Challenge for Tire Dealers Right Now? 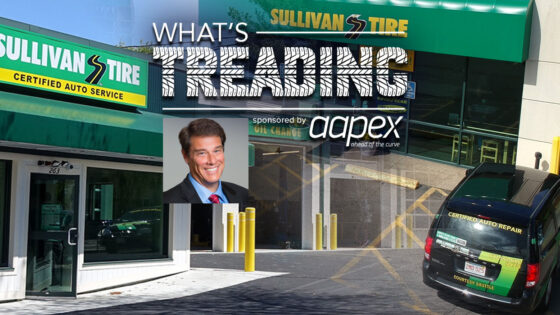