Years ago, a shop could consider its shelves well-stocked if it carrieda selection of single-viscosity oils in detergent or non-detergentblends. 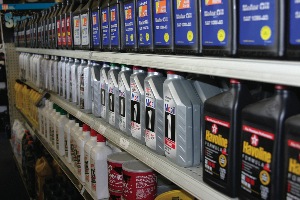 Although the number of oil viscosities currently available isbewildering, it’s also important to remember that the most importantfactor in selecting motor oil for specific applications is the qualityof the oil’s base stock and its particular blend of additives.

With that in mind, it’s also important to remember that motor oil mustefficiently perform at least six different jobs in the engine’scrankcase:

1. Reduce friction between moving parts
2. Seal piston rings against the cylinder wall
3. Cool pistons and engine bearings
4. Cushion bearings against shock loading
5. Clean sludge and varnish from engine parts
6. Prevent corrosion while an engine is parked or in storage.

In addition, application-specific oils might, for example, beformulated to prevent piston rings from sticking or the camshaft fromscuffing in particular applications.

Modern Engine Lubrication
Before we begin to understand the need for so many different engineoils, it’s necessary to understand the lubrication requirements ofmodern engine design. The primary differences between a modern engineand one of two or three decades ago are greatly reduced oil clearancesin bearings, pistons and piston rings, more precise machining andhigher power output per liter of displacement.

In all cases, viscosities have been reduced to allow oil to flowthrough tighter engine clearances during start-up and cold-engineoperation.

Because overall volumetric efficiency has been vastly improved duringthe past several decades, engines are designed to operate at crankshaftspeeds and bearing loads unheard of a decade ago. Unfortunately, manyof the additives used a decade ago to increase the load-bearing,anti-scuff and anti-shearing capabilities of conventional motor oilshave been reduced or eliminated from today’s oil formulations toprevent damage to the catalytic converter. Modern overhead-camshaften­gines don’t, however, require as much anti-scuff and anti-shear oilqualities to reduce camshaft wear as do older pushrod engines.

In addition, the oil change intervals of modern engines have doubled ortripled in length, so modern motor oil is required to have alonger-lasting additive package than ever before. Without adequateadditives, conventional oils tend to oxidize and lose their detergencylong before reaching the oil change interval. The result is the oilgelling from oxidation or a heavy coating of sludge being deposited inthe valve train and crankcase areas.

API uses a two-letter system, “S” and “C,” to rate oils. The “S” ratingis generally reserved for gasoline engines used in cars and light-dutytrucks, while the “C” rating is reserved for heavy-duty diesel enginesused in commercial vehicles. The next letter in the API system is anapproval rating pertaining to specific applications.

ILSAC uses a similar system, with “GF” indicating “gasoline-fueled” and a number indicating a qualitative or application rating.

Although most auto manufacturers specify oils using the API or ILSACratings, some manufacturers have designed engines with speciallubrication requirements. Many European manufacturers, for example,issue their own motor oil specifications and either supply their ownoil or approve oils that meet those specifications. In general, if anoil is approved to meet a special lubrication requirement, thatapproval will be listed on the container along with the API and ILSACratings.

When examining oil ratings, it’s important to understand that manyapparently lower-viscosity oils, such as 0w-20 synthetic oils, mightactually maintain their viscosity over a much broader temperature rangethan, say, a “heavier,” non-synthetic 5w-30 oil. In addition, lighteroil viscosities increase power output and fuel economy, which is a plusfor today’s fuel-sensitive markets.

At the other extreme, the 10w-30 and 10w-40 motor oils specified foruse in engines built 20 years ago simply can’t stand up to modern usagebecause they no longer have the base stocks nor the additive packagesto perform well in a modern engine. Does this mean that those oils areinferior? Of course not, because these oils serve very well in theengines for which they were designed.

What it does mean, though, is those are not the go-to viscosities anymore. You need to treat each engine separately and make sure you areapplying the right oil for the job.

Maintenance Issues
Although it’s impossible to X-ray an engine to determine if anypotential lubrication issues are present, several indicators can tell atechnician how well the engine has been cared for in the past. Toillustrate, if the oil filter looks old or dirty or if a sludgeaccumulation is visible inside the engine when the oil cap is removed,the engine might be suffering from lubrication issues.

As a natural consequence of combustion – especially at highway speeds –engine oil acquires a translucent tan or brown color. Blackened oilsuggests that the engine has been driven on short trips wherecombustion of the fuel is incomplete due to cold engine operation. Adark, ink-black appearance on the dipstick suggests that an over-richfuel control condition is depositing carbon in the oil.

If an engine is heavily sludged, using a flushing agent or solvent toclean the engine might, in fact, starve the engine for oil by allowingthe dislodged sludge deposits to clog the oil pump pickup screen. Mostauto manufacturers don’t recommend attempting to flush sludge depositsfrom an engine for this reason, and also because some of the flushingagent might remain in the engine to contaminate the new oil.

In most cases, more frequent oil changes are the only economicallyviable answer to a sludged engine. Even at that, the customer must beforewarned that catastrophic engine failure is an imminent possibility.

Lube Bay Issues
Obviously, the days of “generic” oil designed to fit all applicationsare gone. Service centers should be prepared to special-order oilsrequired by specific engine manufacturers. In some cases, anOE-supplied oil must be used to ensure that the manufacturer’s warrantyconditions are being met. The owner’s manual is usually the mostreliable source for determining engine oil requirements.

Customer education is also a major factor affecting today’s lube bayoperations. In too many instances, vehicle owners are attracted by thebottom-dollar, generic, “lube-oil-filter” specials that some dealersadvertise to attract new customers. If an owner has a car requiring,let’s say, six quarts of premium synthetic oil, the cost of that oilchange could well be triple that of a coupon special advertised bycompeting shops.

Because an oil change is no longer a generic service, service writersand advisors must explain in advance the lubrication and maintenancerequirements of the vehicle driven by the customer. It’s also importantfor the service writer to record the vehicle’s mileage and suggest thatthe inspections and maintenances specified by the auto manufacturer’sscheduled maintenance chart be performed. 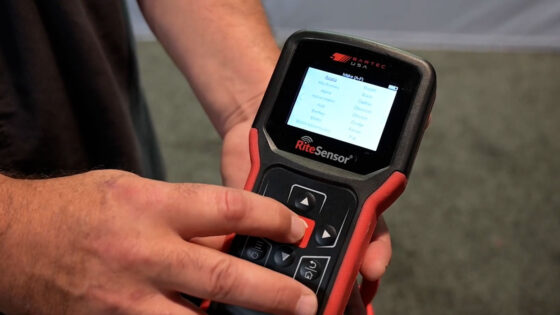 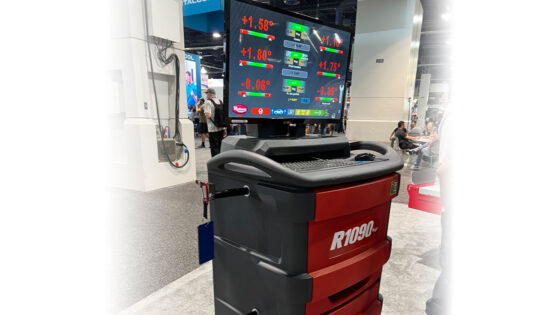