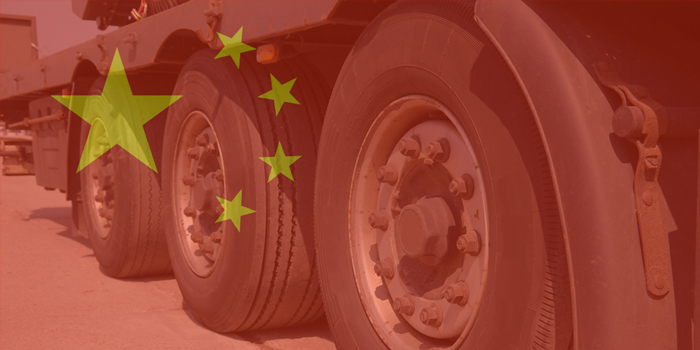 The United Steelworkers union filed a formal petition seeking relief from medium and heavy truck tires imported from China on Jan. 29, 2016.  The petition asks the United States International Trade Commission to “conduct an investigation under sections 701 and 731 of the Tariff Act of 1930 regarding the imposition of anti-dumping and countervailing duties on imports of truck and bus Tires from China.”

“Once again we are taking action to stop the unfair trade practices of China from damaging our members’ good jobs and the U.S. manufacturing base.  In a period of strong demand, American industry has seen all the growth in demand go offshore, with China being the biggest problem,” said  Leo W. Gerard, USW International president.

On the flip side, American truck and bus tire producer shipments declined by 7.8%, despite demand for those tires expanding during the 2012-2015 period, the USW claimed.

A preliminary injury determination for the truck and bus tires trade case has been scheduled for March 11.
Tire Review reported earlier in the day Friday that the petition against Chinese-made truck tires was imminent.