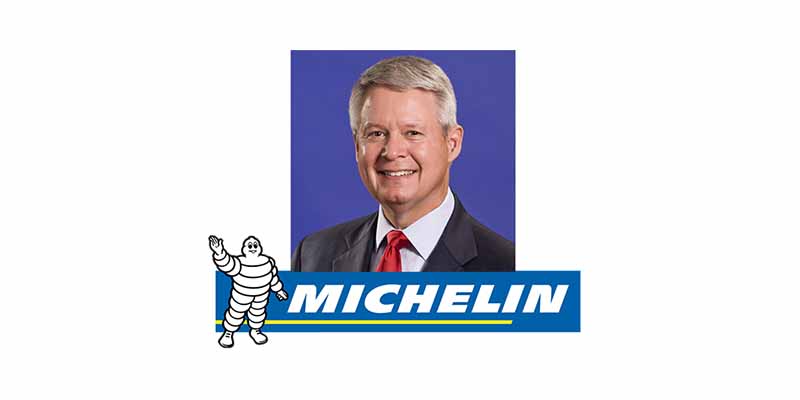 Last week Michelin North America announced the retirement of Chairman and President Pete Selleck, effective Dec. 31, 2017. His impact on the industry is praised and recognized by the USTMA here. 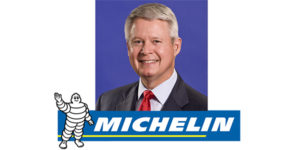 On November 16, Michelin North America announced the retirement of Chairman and President Pete Selleck, effective Dec. 31, 2017, after six years in that role. His impact to the industry is praised and recognized by the USTMA among others.

Selleck is known for his dedication and service to the tire industry. Anne Forristall Luke, president and CEO of the U.S. Tire Manufacturers Association (USTMA), say Selleck “leaves a lasting legacy of visionary leadership” in the industry.

Selleck served as USTMA chairman when the organization developed and executed important safety and industry provisions in the Fixing America’s Surface Transportation (FAST) Act – public policy work that will continue to impact the tire manufacturing industry for years to come, she said. He was also influential in the strategic vision and rebranding of the organization, from the Rubber Manufacturers Association to the USTMA, earlier this year.

“Pete’s commitment to the highest values and an industry that makes a better society will never be forgotten,” Forristall Luke said. “We will miss his strong presence and keen insights from his three decades of industry experience at Michelin. We offer our very best wishes to Pete as he begins a new chapter.”

According to the release from Michelin citing “ongoing plans for the Company’s global reorganization project,” Selleck’s replacement will be named in January 2018. Though he’s stepping into a new phase of his career with retirement, he will continue to make himself available during the period of transition to new leadership within North America. He and wife, Nancy, are planning to stay in the Greenville, S.C. area.

As chairman and president for Michelin Group’s largest global operating unit, Selleck was responsible for coordinating Michelin North America’s business activities across the United States, Canada and Mexico, which comprise more than 22,000 employees. He entered the role in October 2011, serving previously for more than five years as the president of Michelin’s global heavy-truck tire unit based at the company’s headquarters in Clermont-Ferrand, France. He also served as a member of Michelin’s Group Executive Committee. Selleck presided over Michelin North America in a period of dynamic growth, in which Michelin Group has invested nearly $4 billion in its North American operations.

“Pete’s leadership of Michelin North America has represented many of the best ideals of our culture at Michelin,” said Jean-Dominique Senard, CEO of Michelin Group. “With a spirit of humility and kindness, Pete has left an indelible mark on the lives of many people, even as he has inspired them to raise performance, innovation, quality, safety and so many other measures to exciting new heights.”

Selleck started his career with Michelin in 1982 as an industrial engineer at Michelin’s first U.S. plant. He eventually became the plant’s manager, a role he consistently described as “my dream job” in the years after. Subsequent chapters of Selleck’s career included various roles in the passenger-vehicle tire units in North America and Europe followed by global responsibility for the heavy-truck tire product line, before accepting his final assignment as chairman and president of Michelin North America in late 2011.

“I’ve only had two jobs in my entire life — Michelin and the U.S. Army,” said Selleck, an engineering graduate of the U.S. Military Academy at West Point, N.Y., with 26 years’ active and reserve Army service. “The company has given me the most outstanding professional journey I could ever have imagined, and I feel a debt of deepest gratitude to every person who has played a role in my career.

“My plan for several years has been to retire at this time, and my family and I are excited about the next chapter in our lives. I’ll remain available to support the business as needed, and I look forward to the success that I know will follow on the path set by the new leader for Michelin in our zone.”

Outside the company, Selleck has proven strong leadership in the community, in business, and across local, state and national levels. In addition to his service to the tire industry, in recent years, Selleck played a key role advocating for road improvements across South Carolina; advocating for fiscal reform in the federal government; promoting dialogue and understanding on matters of diversity and inclusion; developing technical education to support industrial careers in South Carolina; and active support for the community of West Point alumni, the Boy Scouts of America and the United Way.