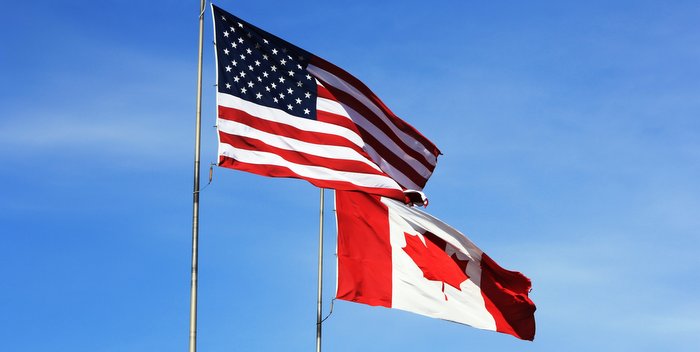 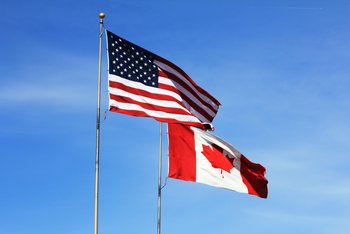 The Canada-U.S. tire price gap, long a headache for Canadian retailers thanks to a lack of legislative support by their government, has tightened in recent months, and Canadian tire stores are thrilled.

The story is similar across the North-South border.

The other common problem has been so-called “country pricing” by tiremakers, which “forces consumers across Canada to pay anywhere from 30% to 50% more for the same tires selling in the U.S.,” the CBC reported.

For some reason, perhaps pending legislation that would effectively end price favoritism, the over-the-counter differential between the U.S. and Canada has tightened in recent week.

The result, according to the retailers polled by the CBC, was a sales increase of 15% to 20% for Canadian retailers.

The CBC reported that new legislation being considered in Parliament would give the country’s Competition Bureau the power to investigate cases of “geographic price discrimination” – a quaint euphemism for “price gouging” – in Canada.

Some detractors claim the reasons for the price differences include labor costs, tariffs and transportation costs, but the bill seeks to force producers to prove those costs.

With retail tire sales coming in stronger than a year ago – regardless of the season – Canadian tire sellers are thrilled to see the gap closing. “A lot of the tire manufactures have really listened to our complaints and they have brought their pricing a lot closer to the U.S.,” Tammy Meye, general manager at Heritage Tire, told the CBC. A year ago, there was a 20%-25% price gap between prices at her shop and U.S. competitors. This year that gap has closed to around $1.

Friend of the show Harvey Brodsky, the long-time head of TRIB and now founder and managing director of the RTA, points out that the group now has more than 360 members from 39 countries.

These companies and retreaders “have joined us and although a few have left, most have stayed and we are proud to state that we have an extremely high retention rate when it comes to having their annual memberships renewed.”

We are happy to hear that the RTA continues to grow. If you’re in the retreading spectrum and haven’t joined RTA, please do so today.

Some readers in the South have been getting an eyeful and earful about supposed fatal accidents caused by “old” tires on local school buses.

These are the kind of stories that local TV news directors salivate over, especially in November, a sweeps month for TV networks and stations. The louder and more life threatening the better!

Gratefully, one station – KSLA-TV in Shreveport, La. – kept its powder dry and did some actual reporting, though it was a bit after the fact.

In a news update on Dec. 4, the station reported: “We have an update on the special report about the age of local school bus tires.

“While researching that story we were promised some statistics by the National Highway Traffic Safety Administration regarding bus crashes but those numbers could not be produced immediately.

“Some of the experts say that bad tires have caused some bus crashes but they’re rare. Most of the tires we checked ranged in age from one-year to about five years old.

“Some Raycom stations in other parts of the country investigating school bus tires as we did, found some tires to be more than a decade old. We found one that was nine years old.

“So how often does a school bus crash because of a tire?

“The NHTSA provided the number of fatality crashes where tires were noted as a contributing factor.

“From years 2003 through 2010 there were no fatal school bus crashes related to tires.

“In 2011 there was one school bus crash with a fatality.

“The report also included other types of commercial buses, and when you add those up since 2003, there have been 15 total fatal bus crashes. “

So Raycom stations – and surely others – got sucked into the glaring headlines put out there by special interest groups, but if they had done any actual reporting grunt work, they would have found a non-story. Parents would have been relieved, but station managers would be angry.

At least KSLA-TV had the guts to fess up and correct the errors.