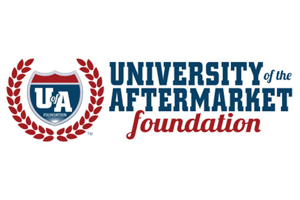 The University of the Aftermarket Foundation has appointed Larry Sills, chairman and CEO of Standard Motor Products (SMP), to serve a one-year term on the board of trustees. Sills, winner of the prestigious “Jack Creamer Leader of the Year” award by the Automotive Warehouse Distributors Association (AWDA) on Nov. 1, will be filling the lifetime trustee seat established in Creamer’s name.

“The University of the Aftermarket Foundation congratulates Larry on his well-deserved award and welcomes him to our board of trustees,” said Tim Lee, chairman of the University of the Aftermarket Foundation. “Larry’s knowledge, passion and commitment to the auto care industry are well known and I’m sure Jack would be pleased to know that Larry will be part of an organization that meant so much to him.”

In October, the Aftermarket Auto Parts Alliance, Automotive Distribution Network, Federated Auto Parts and National Pronto Association contributed $100,000 to the University of the Aftermarket Foundation in honor of Creamer, the former vice chairman of the foundation who passed away in March. It was decided the “Jack Creamer Leader of the Year” award recipient would fill the seat established in Creamer’s memory since the donation reached the Lifetime Trustee contribution level, the foundation said.