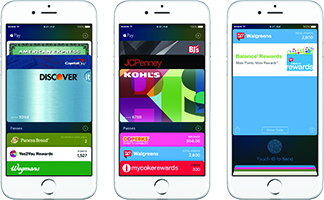 As further proof that “mobile everything” is here to stay, today’s tech-savvy consumers are buying into the mobile payment concept, making purchases at retail stores with a wave of their phones instead of a swipe of their credit cards.

Services such as Apple Pay, Android Pay and Samsung Pay allow users to make secure purchases at participating retailers by holding their phones near a contactless point-of-sale terminal (equipped with near field communication, or NFC, technology).

According to an October 2015 Fortune article that cited a survey by Accenture, 52% of North Americans were “extremely aware” of mobile payments, but only 18% used them on a regular basis. At that time, millennials and higher-income households reported the highest numbers, with 23% and 38% using contactless payments at least once a week, respectively.

If that’s not convincing enough for you to consider updating your shop’s POS terminal to accept mobile payments, consider this: We are nearing the end of 2016, the year in which eMarketer forecasted a 210% growth in the total value of mobile payment transactions – to $27.05 billion, up from $8.71 billion. 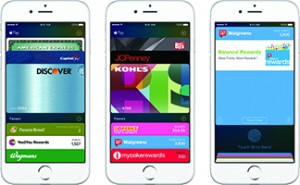 With the trend toward mobile payment on the rise, let’s take a look at the similarities and differences of the most popular systems available, as well as the benefits to both consumers and businesses.

Many similarities exist between the three most widely used mobile payment systems currently on the market, which is a good thing for retailers as it removes some of the complexity of different options.

In 2014, Apple Pay was first on the mobile-pay scene – which may be one reason behind the platform’s widespread use as compared to its counterparts. Apple Pay is available only on Apple devices, starting with the iPhone 6 through the most recently released models. By using the iOS Wallet app, users load their credit/debit card data by capturing them with the iPhone’s camera. Once this information is stored, users just need to place the iPhone in close proximity to the NFC terminal. The transaction is authenticated by using the iPhone’s TouchID fingerprint sensor.

Google’s current mobile payment system, Android Pay, established its roots in its peer-to-peer payments service with Google Wallet back in 2011. Today, Android Pay is available on devices running Android 4.4 or above. Similar to Apple Pay, users store credit card information via their phone’s camera, place the phone near the NFC terminal, and the transaction is authenticated by fingerprint sensor.

Samsung Pay is available only on the company’s phones, starting with the Galaxy S6 and Note5. This program has one main difference from its counterparts – while Samsung Pay works on NFC terminals, it also offers magnetic secure transmission (MST), in which a magnetic coil embedded inside of the device generates a dynamic magnetic field. This mimics the magnetic strip found on credit/debit cards and allows it to work with traditional card terminals.

Each system works with major credit cards and, with the exception of Samsung’s MST capability, requires a contactless payment-capable POS terminal, which can be acquired by calling your shop’s payment provider.

Benefits to Consumers and Retailers

For consumers, the ability to mobile pay at checkout mainly boils down to convenience. They no longer have to search through their wallets to find a credit or debit card, swipe and wait. Credit card information is stored within the app, so all information is transferred when the phone is swiped near the contactless POS terminal. Apple Pay and Android Pay also work with compatible mobile apps and websites, so in-app and online purchases also can be made using the systems. Both companies offer support for businesses interested in adding mobile payment options to their websites and/or apps.

For retail businesses, in addition to staying relevant in an increasingly mobile-dominated marketplace, the payment systems offer added security. Every transaction on your customer’s smartphone or tablet requires fingerprint authentication (or a passcode for older phones that do not offer fingerprint identity sensors). When accepting mobile payments, your shop doesn’t receive a customer’s actual credit or debit card numbers, with further minimizes security risks since this information is not stored in your systems.

Processing returns is not any more complicated for mobile device payments, either. Returns through Android, Samsung and Apple programs are performed similarly; Apple offers the following information to businesses.

“Use the Device Account Number to find the purchase and process the return, just like you would with a traditional credit or debit card payment. To see the last four or five digits of the Device Account Number, ask the customer to go to Wallet, tap the card, and tap (the information icon) on the lower-right corner of the display. You can also have the customer hold their iPhone or Apple Watch near the reader, select the card they used to make the original payment, and authorize the return with Touch ID or passcode.”

Finally, each company offers help for businesses when it comes to spreading the word that mobile payments are accepted. Downloads, logos, signage and decals are available at no cost for retailers.

While chances are the majority of your shop’s customers still prefer to pay via good old-fashioned ways – credit card, check or cash – the predicted growth of mobile payment system use and the ease with which your store can adapt to a compatible POS system makes this worthy of consideration.