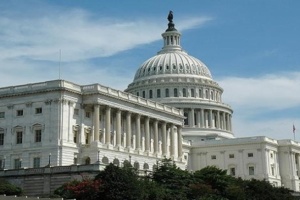 The U.S. House Committee on Small Business held a hearing on June 9 to address the repercussions of the U.S. Department of Labor’s (DOL) recent overtime rule on small businesses.

The Department of Labor’s final rulemaking on overtime pay regulation will be in effect Dec. 1, 2016, and increases the salary threshold for overtime eligibility to $47,476.

During the hearing, entitled  “Damaging Repercussions: DOL’s Overtime Rule, Small Employers, and their Employees,” Rep. Steve Chabot, R-Ohio, committee chairman, voiced his concerns with the rule in an opening statement.

“Countless small employers, including small businesses, small nonprofits and small local governments, do not have the profit margins or the budget flexibility to increase currently exempt workers’ salaries to the new salary level… This means that many workers – particularly entry-level managers – will have reduced flexibility, reduced paycheck certainty and reduced benefits, as well as fewer opportunities for career advancement,” he said.

Albert F. Macre, general partner of Payroll + Services, testified on behalf of the National Federation of Independent Business and stated the new rule will affect approximately 40% of small businesses. According to Macre, the Department of Labor said the rule would affect more than 4 million employees.

“Instead of increasing wages for certain employees, as the DOL might project, the rule will force small business owners to take more control of employee hours and benefits to keep costs in check,” Macre said. These controls could ultimately result in employees taking home less money annually. And don’t underestimate the impact on employee morale, as affected employees are told they must now punch a time clock for the first time in their careers.”

Prior to the hearing, the Auto Care Associated submitted comments against an overtime increase and was outspoken about its disappointment with the Department of Labor’s decision. The association also held an interactive webinar on the overtime rule, on June 15.