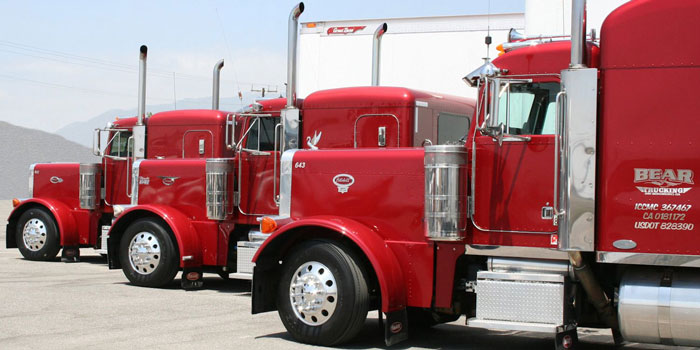 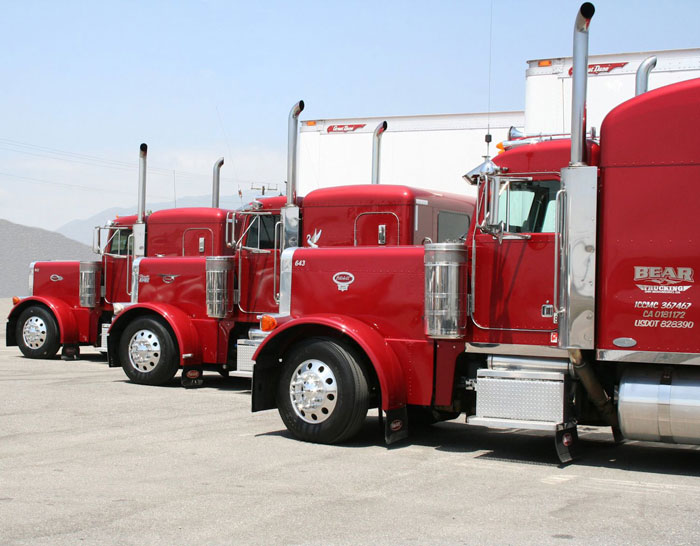 The U.S. heavy-duty truck and trailer markets will both have a near record year in 2015.  However, the demand for commercial vehicles is expected to peak later this year, so there is concern in the industry about sales activity in 2016 and beyond.

Both markets experienced record or near-record order years in 2014, with trailers coming in at an astounding 360,000, and Class 8 trucks at 302,000. The fourth quarter was particularly strong with trailer orders registering the three highest monthly totals in history. This was surprising considering overall U.S. economic growth continues to be moderate.

There were several factors behind this increase in orders:

• Freight Growth: Freight has grown at a steady pace since the recovery began and is expected to continue to grow between 3%-4% next year. Freight is growing faster than the general economy and has been for the last several years. It is expected that freight levels will exceed its pre-recession peak later this year. It is unusual for freight growth to exceed economic growth for this long, but the service sector of the economy is still lagging. Freight would be even stronger if the housing recovery were more robust.

• Tight Freight Capacity: Fleets have downsized and right-sized due to the devastating impact of the recession. As freight levels increased, fleets were slow to expand because they were concerned about economic instability and wanted to manage their risk better in case of a pull back. This caused hauling capacity to tighten with both truck and trailer utilization levels getting above 90%. There were periodic equipment shortages in various markets, so fleets began ordering new equipment in anticipation of more freight and more revenue.

• Increased Government Regulation: The Hours-of-Service regulations decreased existing truck and trailer productivity, which meant more trucks and trailers were needed to haul the same amount of freight. While HOS has been pulled back some for now, several new regulations are slated to begin in 2016, which will further decrease productivity.

• Driver Shortage: There is a huge shortage of truck drivers in the U.S. Older drivers are retiring, and there are not enough younger workers choosing trucking as a desirable profession. While this could impede equipment demand sometime in the future, it is a stimulus in the short-term as fleets utilize more equipment to compensate for lack of drivers. This is more pronounced in trailers than it is in trucks.

• Fleet Profitability: Because fleets are right-sized, productivity and utilization are high. Freight rates have improved due to increased freight demand and tighter hauling supply. This results in higher profits for the fleets, translating into having more money to spend on new equipment. 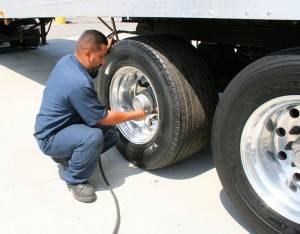 Those factors and a few others have translated into several different types of demand for new equipment all trending in a positive direction:

• Replacement Demand – This is your standard, baseline demand, which is always present unless economic conditions are very poor.

• Expansion Demand – Fleets are expanding due to the favorable freight environment. There were many trucking fleets that went bankrupt due to the recession and now freight is at its highest level since 2006. Therefore, business is good and growing, and money is available to spend on additional equipment.

• Pent-Up Demand – Fleets were hesitant to replace old equipment after the recession because the economic recovery was weak and inconsistent. Fleets ran their equipment longer, or for fewer miles because of less business, and now, due to better business conditions or equipment wearing out, they are replacing it. In addition, even after conditions improved, some fleets held off expanding to reduce risk in case the economy sputtered. They are now confident enough to buy additional units.

• Technological Demand – The model 2015 trucks provided unexpectedly better gas mileage. This resulted in some fleets shortening their trade-in cycles to take advantage of better payback periods based on lower fuel costs. Even some smaller fleets took advantage of this cost savings.

• Structural Demand – The driver shortage caused some fleets to buy more units to recruit drivers and to make their operations more efficient in using the drivers they have. The use of more trailer drop-and-hook runs could also be factored into this.

• Speculative Demand – Truck and trailer OEMs reduced capacity after the recession when demand cratered. They were very careful in adding back capacity. Again, the industry was very risk-averse after going through tough times. When the orders started rebounding in late 2014, the OEMs had to ramp up production as fast as possible. Because it was perceived that build slots were very limited, big fleets started ordering trailers for delivery out nine to 12 months. There is no guarantee all these trailers will be needed. However, at this point, freight demand appears strong enough to justify these orders.

There are some concerns for the remainder of 2015. Even though there were record Class 8 orders at the end of 2014, there has been a lack of urgency for fleets to actually put the new units into service. It was expected that the market would be very “hot,” with pressure on the OEMs to deliver equipment quickly. That has not happened. Production is at high levels, but actual retail sales have lagged.

This has caused inventories to spike, increasing for five consecutive months. This brings the truck inventory to within 7,000 units of the all-time high. The inventory-to-sales ratio value, which is used to compare inventory levels to sales volume, is currently 2.5 (representing 2.5 months of inventory). This number is at the high-end of the good range. So inventories are not excessive right now. However, any disruption or pull back in sales activity could cause an issue that could hinder future production. 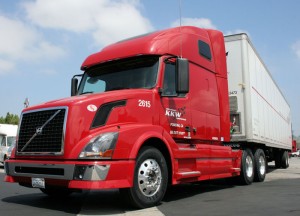 Class 7 trucks have not enjoyed the spike in demand like Class 8 trucks. Class 7 owners have opted to run their equipment longer than normal in this risk adverse environment. This has put a damper on the demand for new trucks despite economic growth. The 2015 U.S. forecast is 35,500 trucks, a 10% increase over 2014. The 2016 forecast is 34,200 units, a 4% drop.

The 2015 forecast for used Class 8 trucks is 31,000 unit sales, a 2% increase over the 2014 total. Sales have not been as strong as expected. There have been a tremendous number of trade-ins over the past two years. Even with this increase in supply, prices have held somewhat firm during average sales demand. Next year, prices should fall due to high wholesale inventories. Demand should increase accordingly as smaller fleets look to take advantage of the lower prices. The 2016 forecast calls for 33,000 units.

In 2015, the U.S. heavy-duty commercial vehicle market may have reached the peak in this up-cycle, but it is poised to have its third consecutive robust year in 2016. There is enough positive momentum to keep production at historically healthy levels next year.