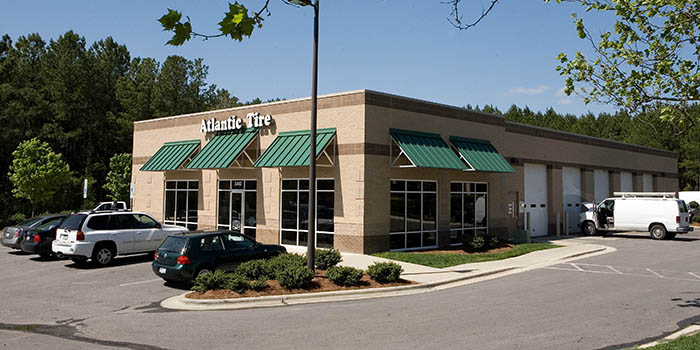 Cary, North Carolina-based tire dealer Atlantic Tire & Service was named the Winner of the 2015 Tire Review Top Shop Award. For Atlantic Tire, it was the second time in nine years that the three-store tire dealer has taken the prestigious honor, presented by Ammco/Coats and Tire Review magazine.

Atlantic Tire & Service is owned by Anthony Blackman, and has been in business since 1998.

The Tire Review Top Shop Award, presented by Ammco/Coats, seeks to honor the “best of the best” independent tire dealers in the U.S., Canada and Mexico. This is the ninth consecutive year for the award, and Atlantic Tire is the first two-time winner.

With three retail stores in Cary, Raleigh and Durham – known collectively as the Research Triangle – Atlantic Tire reported gross sales of approximately $8.5 million for 2014. Atlantic Tire claims 29% of its business from tire sales and 71% from vehicle service. It has approximately 50 employees.

“To win this honor the first time was absolutely fantastic, but to do it twice is unbelievable,” said Blackman. “I really think this is a tribute to what we believe in, how we treat our customers and community, and the tremendous people who put that in action every day. We are people-first, and we deeply believe that helping people is the best way to succeed in business and as members of the community. I am so excited for our entire team who bring this attitude with them; they are the reason Atlantic Tire is successful.”

In addition to the Top Shop winner, three Finalists were also honored this year. This year’s Finalists include:

“I’ve had the honor of knowing Anthony Blackman and Atlantic Tire since the dealership won the Top Shop Award in 2008, and I cannot think of a better tire dealership to be the very first two-time winner of this honor,” said Jim Smith, editor of Tire Review. “Atlantic Tire has become so engrained in the community because of its customer focus and the countless ways it reaches people throughout the region.

“Every year tire dealers across this continent affirm that this is the most prestigious honor any active tire dealership can earn, and we certainly have to thank Ammco/Coats, our presenting sponsor for nine fantastic years. We could not have a better partner supporting the Top Shop Award, and as we head into our 10th year in 2016, I can promise you that with the help of Ammco/Coats the Top Shop Program will be bigger and better in every possible way,” Smith said.

As the Top Shop winner, Atlantic Tire receives a Coats APX90 tire changer, a $1,500 cash prize, airfare and hotel for two (2 nights/3 days) to the 2015 SEMA Show/Global Tire Expo in Las Vegas, a feature story on their business in the October 2015 issue of Tire Review, and a specially designed trophy to display in their stores.

The three Finalists will each receive a Coats 1250-3DV tire/wheel balancer, a $500 cash prize, a feature story on the dealership in the October 2015 issue, and a specially designed finalist trophy.