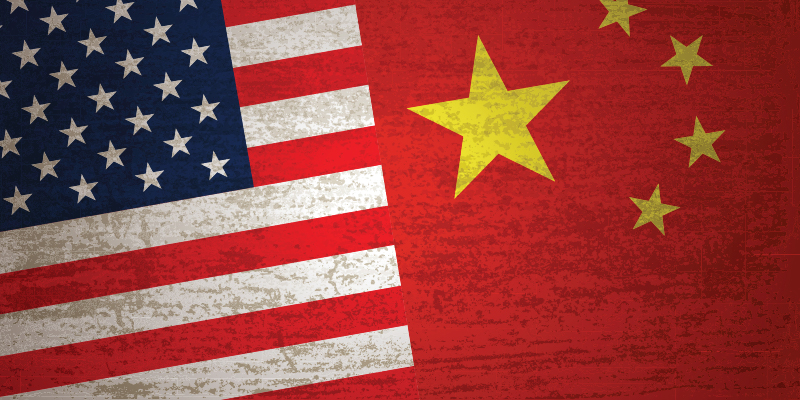 The U.S. and China are at odds over trade. President Trump proposed up to $60 billion in tariffs on Chinese good related to technology after China said plans to tax select American goods, worth up to $3 billion.

On Thursday, President Donald Trump has ordered more tariffs, specifically on Chinese goods. And China has struck back.

On Thursday, Trump took the first steps in imposing tariffs on Chinese goods that could amount to $60 billion dollars. Politico reported that Trump directed his administration to take action that will likely result in tariffs on a proposed list of 1,300 products. The tariffs come as punishment for Beijing’s intellectual property practices with many set to focus on technology China is accused of taking from U.S. companies.

Within 15 days, a proposed list of products to be hit with tariff increases will be announced, the Washington Post reported. After a public comment period, the final list, will be made public. The White House said the tariffs on good should have little impact on consumers.

The Auto Care Association issued a statement in response to the proposed tariffs that said while it supported the White House “addressing China’s unfair trade policies and practices,” it urged the Trump administration to find better solutions to address China’s “protectionist policies.”

“As a manufacturing hub and an important source of imports, China is a critical player in our industry’s supply chain,” said Bill Hanvey, president and CEO of the Auto Care Association. “Imposing import restrictions and trade barriers will have unintended negative consequences on the U.S. economy and our industry’s global supply chains, likely causing discrimination against U.S. products and pricing out U.S. exporters in the global marketplace.”

In response to Trump’s actions, China’s Ministry of Commerce issued a list of U.S. goods it imports that it plans to slap with tariffs, which included fruit, pork, wine, seamless steel pipes, modified ethanol and American ginseng. The list totals about $3 billion in America goods that China imports. The New York Times reported that China is planning a 15% tariff on these items in response to Trump’s 25 percent tariff on steel and 10 percent tariff on aluminum. Chinese businesses have until March 31 to submit their views on the proposed tariffs, meaning they would take effect only after that date, according to The Times.

China’s commerce ministry said in a statement that more tariffs on American goods may be on the horizon.

Trump Proposes Retaliatory Tariffs on China Worth $60B