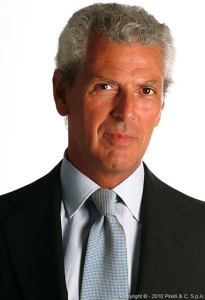 Pirelli has reached an agreement with Lorenzo Sistino, general manager of the company’s Industrial business, for the “consensual resolution” of his “existing work relationship,” according to a report by Tyres & Accessories.

Upon the close of his employment on Dec. 30, Sistino, who was appointed to the role on Aug. 6, will be paid – beyond the termination compensation required by law – a gross sum of 800,000 euros as an exit incentive and as a general and novation transaction, as well as an amount of 337,500 euros for entering into a 12-month non-compete agreement for the heavy vehicle, agricultural vehicle and OTR tire sectors that covered the main geographical areas where Pirelli operates.

Yokohama to Increase prices on Consumer, Commercial Tires
Connect with us