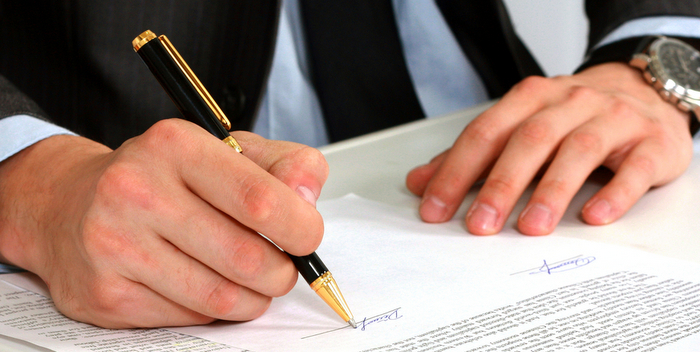 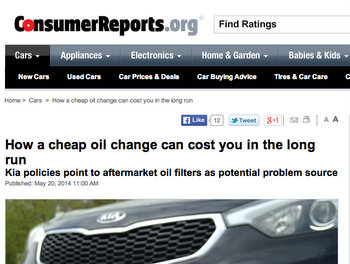 Four trade organizations wrote a letter to the editors of Consumer Reports rebutting a May 20th article – “How a Cheap Oil Change Can Cost You in the Long Run” by Jon Linkov.

Below is the associations’ letter to Consumer Reports:

“Consumer Reports has essentially validated an unlawful and anti-competitive premise and urged readers to follow it. This errant premise will unnecessarily cost readers of Consumer Reports more money in the purchase of parts and services when alternatives are available that are as good as or better than the original equipment option. Under the MMWA, tie-in sales – branded products a manufacturer tries to tie to warranty coverage – are illegal. A manufacturer can only void warranty coverage for using an aftermarket version of a product, like an oil filter for a car, if they first prove the aftermarket product caused damage, not that it “can be tied to” damage, as stated by Mr. Linkov.” The letter to CR also states: “Kia is attempting to circumvent the MMWA entirely by asserting that the mere presence of an aftermarket oil filter automatically voids warranty coverage for the oil change parts and services as well as any damage Kia says ‘relates’ to oil filter function. In fact, if Kia could prove its proprietary filter was the only one capable of operating properly in its vehicles, then it would have already obtained a MMWA waiver from the Federal Trade Commission (FTC). But, of course, they haven’t, and neither have any of the other automakers using similar egregious scare tactics to manipulate consumers into buying their expensive proprietary products and services.”

The four associations already submitted a complaint to the FTC regarding this Kia technical bulletin in 2012. In light of the new article, the associations sent another complaint to the FTC demanding again that they address Kia’s technical bulletin, they said. The organizations said the bulletin is a clear violation of the Magnuson-Moss Warranty Act and is misleading to motorists.