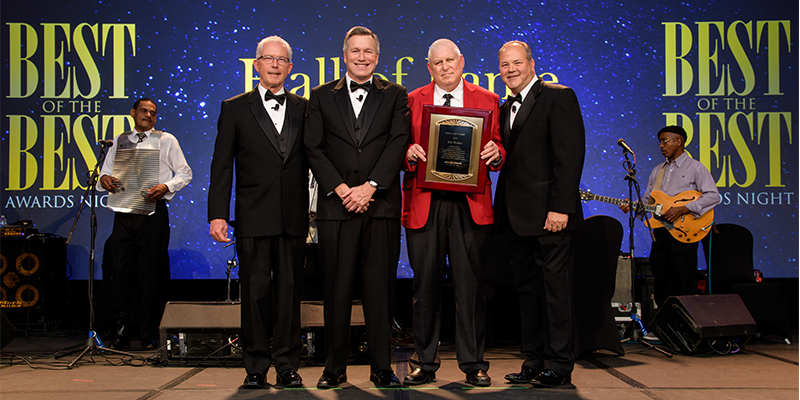 Big O Tires franchisees, store managers and corporate staff got busy in the Big Easy at their 2019 Convention themed “Together Toward Tomorrow” held April 29-May 1. More than 800 attendees, representing 91% of the Big O Tires franchisee network (now with more than 460 independently-owned and operated locations in 25 states), gathered in New Orleans to participate in seminars, engage in networking, celebrate milestones and successes, share best practices and generate big ideas to take their businesses to the next level.

The underlying theme was to rev up attendees for another successful year and accelerate efforts to get them there, in the spirit of working together with their teams to ensure tomorrow’s successes.

Kicking off the event was a welcome reception and dinner held the first evening at Mardi Gras World, followed by a keynote address the next day by Ben Nemtin, the New York Times bestselling author of “What Do You Want to Do Before You Die?” and star of MTV’s “The Buried Life.” Nemtin provided an authentic and inspiring message to empower attendees to make an impact — in both their career and their personal life.

Later that afternoon, Big O franchisees attended a trade show, where they could meet with vendors, check out new products, network with fellow dealer attendees and participate in a raffle to win prizes from an abundant number of prize giveaways — all generously contributed by the exhibiting vendors.

Three breakout sessions were held the morning of the event’s third day — ”It’s All About the Customer” (a data-driven marketing session designed to drive more cars more consistently through dealers’ doors by inspiring trust and creating confidence); “Unmask Your Profit Potential” (best practices shared by dealers for dealers to improve their profitability); and “The Future of Fleet Powered by Technology” (detailing the opportunities in providing services to fleets) — all of which proved resourceful in educating attendees on key facets of building their business and increasing profits.

Following the breakouts, a Buyer’s Fair commenced where $205,000 was raised from participants for the Big O Tires’ scholarship fund; yet another increase compared to last year when more than $120,000 was raised. Another highlight of the Buyer’s Fair was the awarding of a brand new, fully wrapped, custom Jeep Rubicon, fitted with 37-in. Nitto tires, to Jared & Derek Edwards — brothers who own two locations in Salt Lake City, Utah, through a fun and entertaining random drawing and a mock “fishing expedition” that took place on stage.

The group reconvened after lunch to display their philanthropic spirit, yet again, during a “stuff the backpack” event which will benefit more than 800 students in four area public schools — Big O’s way to say thank you to the host city for their hospitality during the convention.

During the evening awards ceremony and dinner, franchisees and team members were recognized for their outstanding efforts. Kicking off the accolades was the induction of Bill Walker, a multi-store owner in Indiana and Kentucky, into Big O’s Hall of Fame this year. In addition, several dealers who hit milestone sales achievements in 2018 were also recognized.

Other “Best of the Best” awards given at the event included: