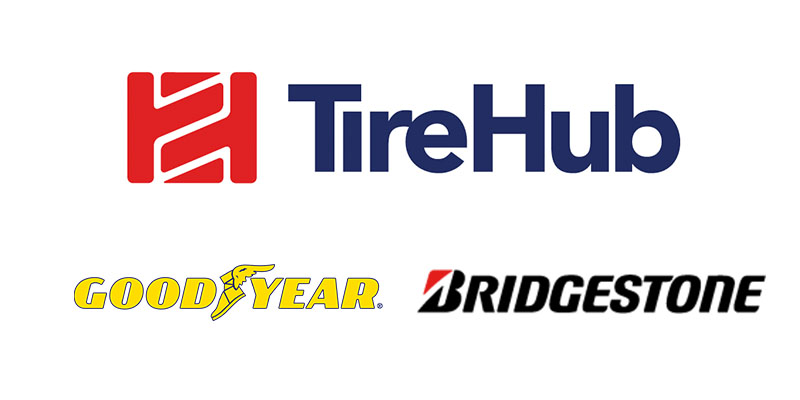 Here’s what we know so far about TireHub, ATD and what the future of distribution looks like for Goodyear and Bridgestone.

TireHub, a joint distribution venture between Goodyear Tire & Rubber Co. and Bridgestone Americas, Inc., is launching the first week of July after it received clearance from all required regulatory authorities earlier this month.

Goodyear and Bridgestone announced their distribution alliance in mid-April, which forms one of the largest tire distribution joint ventures in the United States.

While some were surprised that two traditional competitors decided to do business together, others saw it coming with the proliferation of SKUs among other market factors.

Below is an overview of what’s happened leading up to the company’s launch to catch you up on what we know:

TireHub, LLC, will provide U.S. tire dealers and retailers with passenger and light truck tires from Goodyear and Bridgestone. The deal hopes to satisfy demand for larger rim diameter premium tires. The joint venture, headquartered in Atlanta, initially will have more than 80 distribution centers and warehouse locations nationwide. At launch, TireHub will be made up of Bridgestone Tire Wholesale Warehouse and Goodyear facilities.

Upon the initial announcement, Moody’s Investor Services placed its ratings for American Tire Distributors (ATD) and Dealer Tire, LLC under review for a downgrade. The review reflected Moody’s view that, subsequent to the Goodyear-Bridgestone joint venture formation, both companies’ fundamental creditworthiness is likely to weaken to a level that may be inconsistent with its current ratings.

Goodyear touted the TireHub deal as continuing its “aligned distribution strategy,” which was discussed at its 2018 dealer conference. Its president of consumer tire sales even focused at the dealer meeting on the need for change and innovation within Goodyear to remain competitive. As those speeches were being polished, little did we know Mattel exec Peter Gibbons was starting a new phase of his career as the newly hired CEO of TireHub.

From Bridgestone’s point of view, the TireHub deal was beneficial with the amount of SKU proliferation happening in the market. “I think all industry participants have been seeing this trend for a period of time. So, no, the Michelin-Sumitomo deal did not surprise us, but we had been working on this for many months in advance of that [announcement]. [Bridgestone and Goodyear] were already in conversation well in advance of that deal,” said TJ Higgins, president of Bridgestone’s North America Integrated Consumer Tire Group.

Just days after TireHub was announced, Goodyear dropped ATD as one of its distributors. “We are disappointed by Goodyear’s choice, given the investment ATD has made in building the Goodyear family of brands, and supporting its products, over the last decade and the effect it will have on all of you.” said Stuart Schuette, ATD’s president and CEO.

Goodyear confirmed that its distribution changes were limited to ATD in a statement to Tire Review.

“Upon questions raised about how the loss of Goodyear products will affect its distribution, ATD issued another letter to stakeholders saying it is “taking steps to meaningfully offset the potential impact of Goodyear’s actions.  We are working with several other original equipment manufacturers (“OEM”) to develop enhanced customer support programs.  We have also reached out to a number of our customers and have received substantial support from both large and small customers who appreciate the value of ATD’s full suite of offerings.”

The impact of the TireHub deal was also on the minds of investors during Goodyear’s announcement of its first quarter financial results. The company said it expects to transition volume of about 10 million units of annual sales – primarily to TireHub, but to other aligned distributors as well –  during the second quarter of 2018. Given the temporary disruption associated with the start-up of TireHub, Goodyear is expecting a near-term reduction in volume of up to 1.5 million units in 2018.

A major element of that volume reduction results from Goodyear’s decision to no longer partner with ATD.

Just after the deal passed required regulatory authorities earlier this month, Bridgestone also pulled the distribution of its passenger and light truck tires from ATD.

Shortly after, Moody’s put ATD’s credit rating on review for a downgrade for the second time in just a few months.

Starting this week, TireHub is expected to begin serving customers. “The joint venture immediately will have the scale to reach the vast majority of retail locations in the U.S. daily,” according to a press release. “As a new distribution company, TireHub will complement both companies’ networks of existing third-party distributors and provide a superior, fully integrated distribution, warehousing, sales and delivery solution.”

TireHub Recap: What We Know So Far About Bridgestone and Goodyear's Joint Distribution Venture