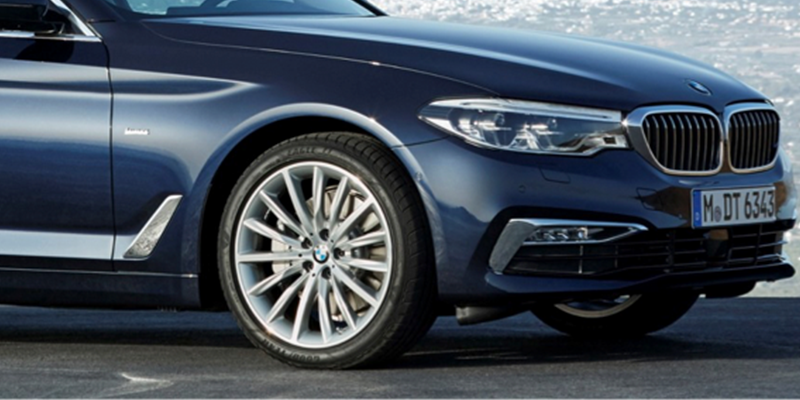 As automobile manufacturers introduce more of these tires as original equipment, HP tires further penetrate the market and draw the interest of buyers looking to replace tires.

Goodyear and Dunlop high performance tires were approved as original equipment fitments
for the BMW 5 Series in Europe in 2018. For summer use, seven sizes Eagle F1 Asymmetric 3, all run-flat fitments, have been approved, along with three sizes of Dunlop Sport Maxx RT2.

The high-performance (HP) tire sector has been the fastest growing part of the passenger car market over the last several years, and it is on pace to surpass general tire sales over the next seven years. As automobile manufacturers introduce more of these tires as original equipment, HP tires further penetrate the market and draw the interest of buyers looking to replace tires.

HP Tires by End Use

Together, passenger cars and light goods vehicles along with trucks and buses accounted for an estimated $55 billion in HP tire demand in 2017. About 56% of the total global HP market value is accounted for by light vehicles, and that is also where the growth is and has been. However, in unit terms, light vehicles account for nearly four-fifths of the volume and most of the historical and forecast growth. Key trends by segment follow the market data figures. 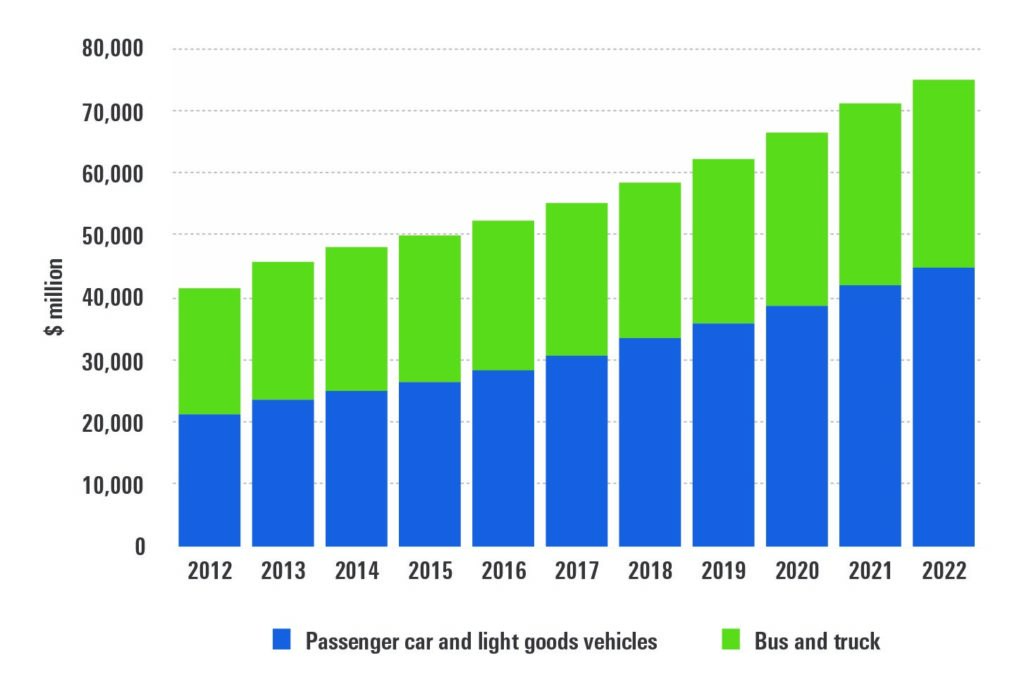 Drivers of sales in the high-performance tire market are employment, growing disposable income and the middle classes, which help boost luxury car and sport utility vehicle (SUV) sales, many of which are fitted with the latest HP tires.

Following vehicle purchasing trends, HP tires add to the prestige of a vehicle and help manufacturers showcase their vehicles to prospective buyers under the most favorable conditions. On the showroom floor and during the test precision handling, responsiveness, safety and ride comfort. Other properties are now also impacting the general tire market. These are mainly environment-related and include fuel efficiency, sustainability of raw materials, longevity and recycling. These traits will be increasingly seen in new HP tires.

Maximizing the speed and grip properties of HP tires often means a reduction in wear resistance and fuel efficiency. Traditionally, this has been acceptable to the market, but attention is now being focused increasingly on fuel efficiency. These pressures will only increase with the introduction of tire labeling – informing drivers of the fuel efficiency of their tires – and with increasing regulations on vehicle emission reductions.

Part of what drives the tire trend at the OEM level is the demand for greater precision vehicle performance, resulting in the continued growth of the V and Z (149 mph and higher) market as greater precision is expected in the vehicle’s ability to go, stop and turn. OEMs continue to increase wheel diameters from 15- and 16-inch to 17- and 18-inch, and many now offering 20-inches or more. They are also providing increased performance and handling capabilities. The vehicles that come equipped with ultra high-performance (UHP) tires at the OEM level are in a state of flux, and many truck-based SUV models continue to evolve to a crossover utility vehicle (CUV) base. A shift has been created from touring tires to HP tires in formerly “mainstream” applications. The trend is even taking hold with light trucks intended for street and highway use. 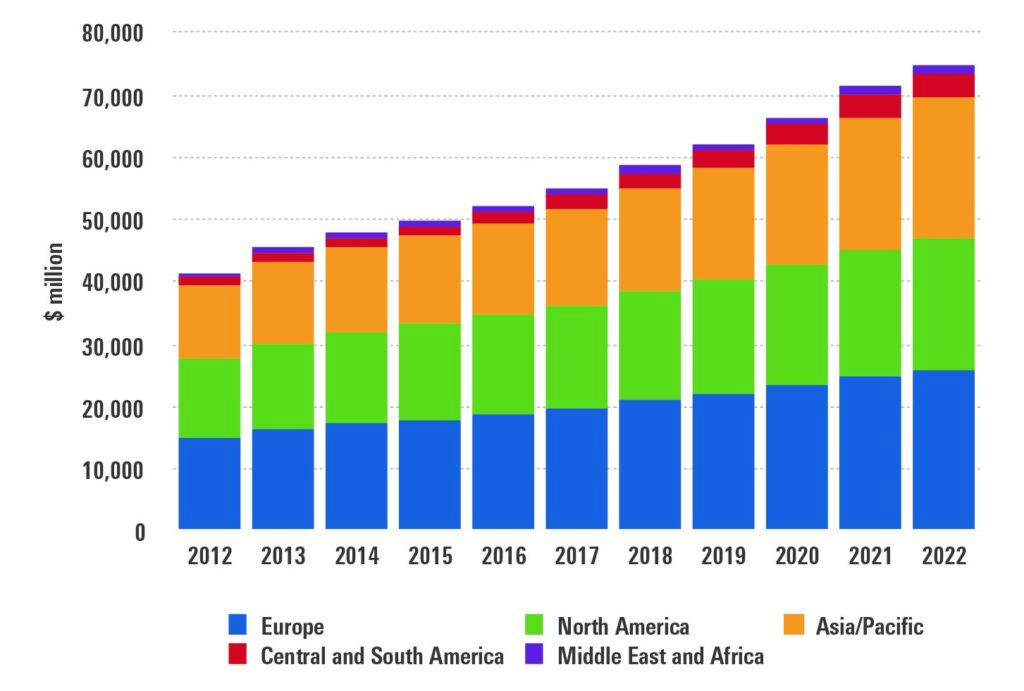 Replacement customers are different. Although some car drivers (especially in Europe) and performance enthusiasts continue to fit the same type of tire that the vehicle was supplied with, this probably only amounts to 20–25% in the U.S., while the remainder choose a different one based on other factors such as cost or performance. However, this is changing to some extent with the ongoing rollout of tire-labeling schemes in many of the major markets. Europe’s pioneering work with tire labeling is helping to raise awareness of tire properties and drive improvements in research and development (R&D), materials and manufacturing, as well as customer awareness about tire properties and performance.

HP Tires in the Replacement Market

The replacement market can be more problematic for manufacturers. One reason a driver might not replace an HP tire with the same kind is that they got less mileage (tread life) than they had expected. An original HP replacement for those tires could also be expensive. Particularly in the U.S. market, tire companies are now also offering alternatives for the customer who maybe didn’t need all the performance of a true HP or summer tire but still wanted high performance and valued a smooth, quiet ride and a 60,000-mile capability. They may have had a pure summer tire, which would be expected to last only 12,000 to 15,000 miles with a somewhat harsher ride and faster cornering.

Since many motorists do not need that kind of performance, most seem willing to trade it for a smooth, comfortable ride and a longer tread life. Replacement UHP buyers fall into two basic categories. There is the traditional enthusiast that fully understands the importance of using the right tires on their vehicle and appreciates the technology that goes into the making of a top-tier HP tire. But now HP tire buyers are no longer just performance-oriented enthusiasts. The new HP driver is becoming the norm as a result of what the OEMs put on their cars. This means, among other things, that the expectation of precise handling and stability of the past is now competing with an expectation of ride comfort, quietness and all-season capability.

From Track to Street: How Racing Affects Tire Development

Nexen Awarded OEM Fitment on 2022 Wagoneer
Connect with us 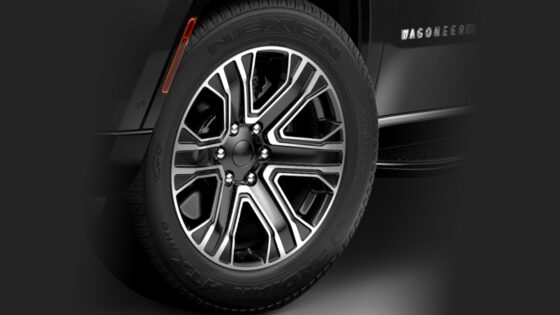 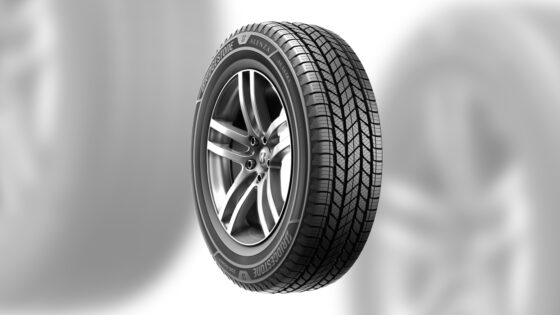