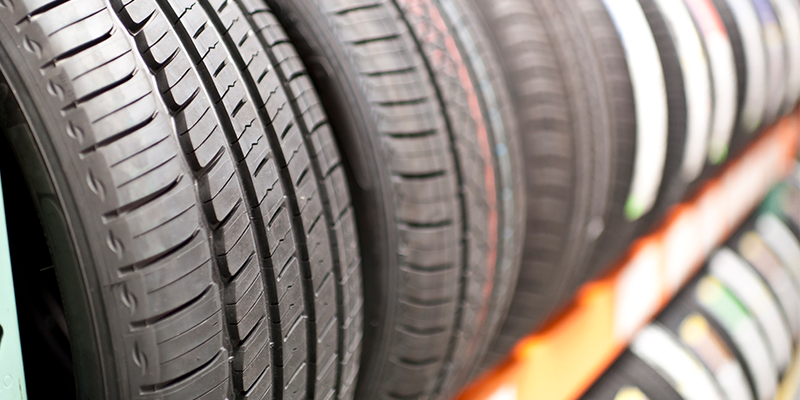 Manufacturers are considering base price realignments in response to higher than expected raw material costs.

Tire manufacturers continue to expect low single-digit volume growth expectations for 2018. Year-to-date (YTD) replacement shipments in the U.S. are up about 1%, which is consistent with our view of YTD sell-out trends in the U.S. Specifically, our survey work has shown U.S. consumer sellout demand at the retail level tracking flattish during 2Q18 as well as YTD, while truck and bus (TBR) sellout is in the 3-4% range for 2Q18 vs. -1% in 2Q18.

Feedback on U.S. inventory conditions have been mixed on our end with some industry participants compelled to pre-buy ahead of potential price increases, while others say inventory is in decent shape and won’t pre-buy because they view price hikes as unlikely due to subdued sell-out, growing supply in the North American market and the recent memory of manufacturer share loss from price inflation seen during 2017. Overall, we wouldn’t be surprised to see inventory build in 4Q18 based on the recent raw material trend (see below) and the associated risk of procuring higher cost inventory in the future.

Goodyear recently lowered its global volume outlook to 1.0-1.5% from 2% due to a softening market in China compared to expectations at the end of 1Q18. Michelin reiterated growth in line with market. Continental lowered their global 2018 passenger and light truck (PC and LT) replacement outlook to +2% from +3% previously due to 2% lower units in the Asia market. Positively, Conti’s North America PC and LT replacement and commercial replacement outlooks are solid at +2% and +4%, respectively.

On the raw material front, we believe manufacturers are considering base price realignments in response to higher than expected raw material costs. Our latest spot price checks for 2Q18 vs. 1Q18 revealed a -5% change in natural rubber costs, which was more than offset by an 8% jump in oil prices and carbon black, a 16% jump in China/SE Asia butadiene (U.S. is +41%), as well as wire rod inflation well into the double-digits. We’ve seen Goodyear increase their 2018 raw material inflation forecast to 4% from 1% previously due to these 3Q18 and 4Q18 headwinds, which will carry into 2019 (we are modeling 3% inflation for Goodyear in 2019).

Continental’s 2018 raw material outlook is a bit worse with -€50 million in expected headwinds vs. the prior expectation for “minimal impact.” Conti expects natural rubber to decline by 13% (-4% prior), butadiene to rise 6% (flat prior) and carbon black and chemicals to rise 10%+ (unchanged vs. prior outlook). Price increases during the back half of the year are expected to offset the recent raw material price development for 2018, but we think higher prices can carry negative volume consequences as we saw in 2017. Therefore, we are unsure who will lead the U.S. market in terms of the first price increase announcement.

Goodyear and Bridgestone are shaking up the distribution network with the creation of TireHub. Goodyear indicated in their earnings call that shipments in the wholesale channel are running ahead of transition plans, which is consistent with feedback we’ve received. Additionally, there are no signs of the deal impacting Goodyear’s customer base, as there has not been any defection or loss of a customer of any significant magnitude. ATD continued to sell Goodyear inventory during the quarter, helping smooth transition volume headwinds lower than originally expected. The original temporary volume impact of -1.5M tires is lowered 0.5M to -1M for 2018, of which all the volume is expected to reverse in 2019.

Michelin’s commentary surrounding the TireHub JV was that it further justifies their initial move for TBC with Sumitomo. Michelin’s recent commentary suggests they won’t exit the ATD relationship. They recently stated, “given the number of retail point of sale in the U.S. market, there is no way that we can satisfy all these points of sales with only one wholesaler.”

Goodyear’s Americas segment tire shipments increased 1% in 2Q18, which was lower than USTMA 2Q18 shipment reports of +3% year over year. U.S. consumer replacement volume was up 2% but was up 8% once adjusted for volume related to the transition from ATD to TireHub, which is above the 3% industry growth rate. Goodyear truck and bus OE and replacement volumes were up 21% and flat, respectively. This compares to the USTMA average of +11% in the OE channel and +5% in replacement channel. Sell-out of Goodyear products is robust with back-to-back quarters of mid-single-digit growth. The price/mix vs. raw material spread stayed negative, but the company is expecting a flattish result in 2H18, which we view as highly optimistic.

Michelin’s global 2Q18 demand rebounded to flat vs. -2% in 1Q18 due to comparisons, mainly as early buying occurred ahead of the price increases announced in late 1Q17. The year-over-year price/mix growth was 3% during 2Q18 and 1H18, helping to generate a positive price/mix vs. raw material spread. However, the 2H18 price/mix vs. raw material outlook is “slightly negative” and the medium-term outlook though 2020 was reaffirmed as “neutral” to earnings, which runs contrary to Goodyear’s optimism to generate significant profitability gains on price/mix above raw material costs through 2020.

Continental’s PC and LT replacement demand in North America was up 1% during the quarter. Continental experienced positive 3.5% price/mix growth. In terms of the OE channel, 2Q18 North American PC & LT production came in ~4% lower than Conti was anticipating heading into the quarter, but they raised their 3Q18 and 4Q18 outlook as they expect some of that missed production to simply be delayed production. TR

If you would like to participate in Longbow Research’s industry reports and receive free research, please contact Deem at [email protected]