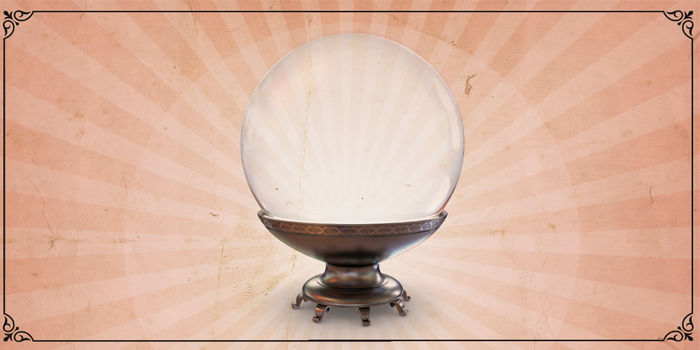 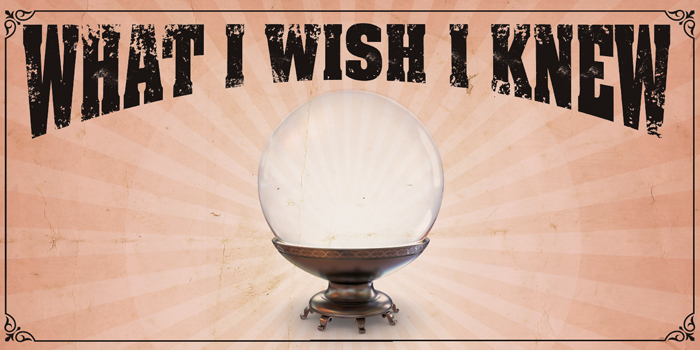 They say hindsight is 20/20. It’s a sentence that’s easier to complete than it is to accept. Yet it’s the rare businessperson who can say that he or she has never made a mistake in the early days of business development.

While Tire Review strives to inform tire dealers about all aspects of the tire business, possibly preventing them from making the mistakes that countless dealers have made before them, sometimes the best advice comes from those who have the first-hand benefit of hindsight. So, we asked dealers willing to admit the errors of their ways to discuss their most-wanted “do-overs.” If they knew then what they know now, what would they change, improve, do again?

Unfortunately, there’s no such thing as a do-over. But the first time around can be a bit easier for those who find windfalls in the wisdom of their more experienced peers. Take heed of their advice and watch your foresight get just a bit closer to 20/20.

Back What You Sell

Tom Hofmann, president and CEO of Freedom Tire Distributing in Corona, Calif., says he’s not the kind of guy who dwells on the past. He prefers working toward the future.

By the time Hofmann started his company, he’d been in the tire business for more than 30 years, having started by busting tires for $1.90 an hour in high school. He stayed with that dealership for 20 years and spent the next 12 with TWI, helping to convert the company from retail to a major W/S distributor.

When he went out on his own, he says he thought he knew the business well and understood how to be successful. Now, Freedom Tire is a rapidly growing regional W/S distributor. Yet even he admits that he has regrets to this day.

“In our early days, we were really trying to watch expenses. I had a dealer in San Clemente with whom I had a great relationship, and he had always supported me at my previous employer and was beginning to at our new company. He had purchased a set of low-cost Chinese tires. I still remember the size: 205/70R14. His manager sold them to someone with a high-end car – I believe a Mercedes. Not surprisingly, his customer was not happy with the ride. They had to take the tires off and put a better brand on. Well, the manager wanted me to warranty the tires. Instead of just handling it, I questioned him on why he would put a low-end tire on a high-end car. What did he expect? I told him nothing was wrong with the tires and he should re-sell them.”

In hindsight, Hofmann said he sees that he should have just handled the situation rather than question the dealer. Today, Hofmann says they still do some business together, but not a lot, and he doesn’t think the relationship is as strong as it once was.

Learning from that experience, Hofmann has made some business changes. The dealership now takes care of tire issues themselves, whether the tire manufacturer backs it or not.

Hofmann also has learned to take care of a customer’s problem no matter what.

“If a dealer’s order gets mis-shipped or left off the truck and he has a customer waiting, we figure out a way to fix it. We will send someone from our order desk if necessary. We have had our bookkeeper deliver tires before to make sure we stand behind our commitment to our dealers.”

Hofmann learned another lesson after trying to add a delivery charge on small orders, like some larger distributors did when fuel was high. He found it’s more important to focus on service and customers and less on price.

“We found out fast that part of our appeal to the independent dealer was that we were more service-oriented than the big guys and didn’t nickel-and-dime them,” he says.

“I’m not saying you don’t have to be competitive, but long-term, you will build a stronger business with return customers who give referrals, which is the best and least expensive advertising you can get,” Hofmann says. “Make sure you and your employees always put the customers’ needs first and do it better than your competitor. When this happens, price will become less of a factor.”

Tom Huls, president and CEO of the Big O Tires location in Yucca Valley, Calif., came to the dealership in 2002. In 2004, he bought-in as store partner, but says he soon was running the shop with little support from his partner.

“In the later part of 2007, I could see that the store was going downhill at a pretty rapid pace. My partner wasn’t paying rent or suppliers, and paychecks were bouncing on employees,” Huls shared.

In November 2007, Huls contacted Big O and told them he’d like to buy out his partner. The Big O organization helped Huls navigate the purchase of the store as well as negotiate with suppliers on money that was past due.

In 2008, Huls secured an SBA loan that helped him buy the store outright, fund its operation and equipment, and buy inventory.

“When I finally closed escrow on the store in March 2008, there were 50 tires in the whole store and not one set of four to sell. We were negotiating with suppliers all the way up to the last minute,” Huls remembers. “A supplier put in a payment request at 4:15 p.m. the day we were closing and we had to negotiate with them. We were able to close at 4:59 p.m. with a minute to spare, or else we would have had to start the funding process of the loan all over. The next day, inventory and supplies came in and we haven’t looked back since.”

Since fully acquiring the location, the store has become a successful franchise in the Big O chain, Huls says.

Looking back, Huls wishes he had done more research on his partner, including credit history, how they paid their bills and what they expected of him. He also would clearly outline the business responsibilities for himself and his partner and work with an attorney to come up with an agreement.

This lesson could be applied to employees at a tire dealership, too, Huls shares.

“Hiring the right employees is a similar key to the future of your business. Interview and use whatever research you can do to make sure you’re getting top-notch employees,” he suggests. “Learn by your mistakes through exit interviews with each and every employee. You can learn a lot. Don’t be afraid to upgrade an employee if it’s warranted. Unless you’re a one-person operation, you’ll always need people. Make sure they compliment your business and tell them up front what you expect. Make sure you hold your employees accountable for their actions.”

Huls overcame his partner misstep by bringing his family into the business, something he also wishes he had done in the beginning.

“It has worked out for me, my crew and my family just fine,” he says. “We continue to grow by doing grassroots marketing in our community and getting involved in its betterment through the Chamber of Commerce, Rotary Club, BNI and various charities for which you and your employees can volunteer.

“My son is retiring from his job and is going to join me in the business, which will be a big blessing for me,” Huls adds. “We’ll be able grow a couple of stores in the very near future in high-growth areas. With my practical sense and his education and business experience, we will compliment each other.”

Remember the Importance of Facilities and Location

Mark Moore is the second generation owner of G. L. Moore Tire Pros and Automotive in Springfield, Mo., an independent tire and auto shop started in 1971 by his uncle. Now, Mark’s daughter, Whitney, is working at the dealership, representing the shop family’s next generation. Business is good – except for the small matter of space.

If he knew then what he knows now, Moore “would have looked at another location, where we could have more working bays and parking,” he shares.

“I believe, with our reputation and the quality of work we do, we would have only gotten bigger,” Moore says.

Despite being landlocked into a smaller location, the challenge has pushed Moore and his business to work harder, smarter and faster, he says, which has allowed them to be comfortable in the business as it stands now.

Moore’s advice to other dealers who still have time to go bigger: “Plan ahead, and don’t be satisfied to stay where you are. Always think of growth and react.”

Jay Moore is president of SafeWay Tire & Auto Center in St. Charles, Mo. The location has been in business for 51 years, currently employs 14 people, and in 2014 was the St. Charles Retail Employer of the Year. But things might not have been quite so award-winning.

Moore notes he wishes he had sought out business coaching and training much earlier than he did.

“We always did okay, like most shops, but just never seemed to accomplish what we envisioned despite all of our hard work,” Moore says. “It wasn’t until a chance conversation with a shop owner from another state that I realized there really was help out there that could move us forward. In fact, I had unwittingly missed an opportunity to get that help almost 20 years ago. I sent a key employee at the time to training conducted by Bob O’Connor on a weekend that I could not attend. The employee came back and told me that what Bob was ‘preaching’ just wasn’t realistic for us. I trusted him, so I just moved on. Big mistake.”

Moore adds that if he had started learning from others and attended training earlier, he probably would be closer to retirement than he currently is.

Ultimately, Moore went on to contact Bob O’Connor in 2001 and joined one of his Bottom Line Impact Groups.

“It was one of the best steps that we ever took,” Moore says. “It didn’t take long for us to make a number of changes in our business that led to rapid growth and increased profitability. I ended up being in a group for more than 11 years. During that time, I made some of the best friends that I have in the industry. These are people that I can call anytime to get an opinion, express a frustration or seek advice on just about anything. It also made me much more open to outside help and coaching. I am lucky to have been able to call Bob O’Connor a friend and mentor (before he passed years ago). I miss him dearly.”

“Every shop owner needs to be open to training and mentoring,” he adds. “There are a lot of really great trainers and training methods out there. You just have to find one that is a good fit and go for it.”

Moore notes, however, that just having a great mentor isn’t enough.

“There will be a lot of tough and gut-wrenching decisions along the way. There will still be lots of missteps. You just have to keep going despite the obstacles. You have to keep your eye on the end result,” he shares.