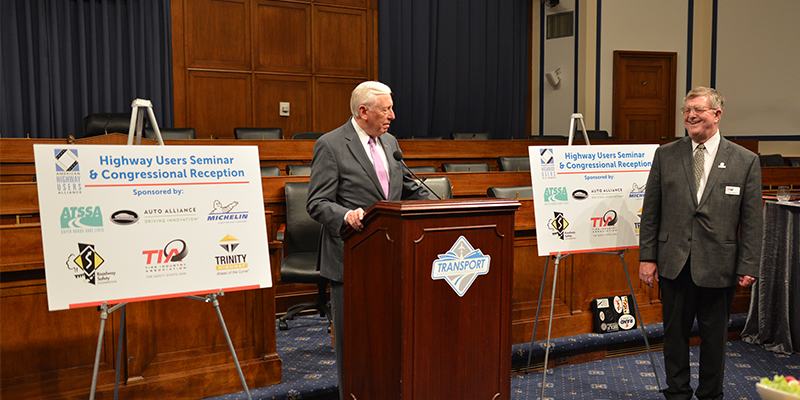 Tire Industry Association (TIA) members descended on Washington, D.C. on Tuesday to make their voices heard on Capitol Hill. The event, designed to help Washington insiders understand the issues that affect the lives of TIA members and to emphasize that real people are impacted by Federal policies, featured briefings from government officials, policy updates and meetings directly with members of Congress and their staff.

The event kicked off with a briefing from Department of Transportation and National Highway Transportation Safety Administration. DOT and NHTSA officials highlighted the current state of highway policy, including the standing desire of the White House to pass a significant transportation infrastructure bill, though reiterating that a bill is not imminent at this time.

A luncheon inside the Capitol Building featured speakers that highlighted topics important to TIA members, including the estate tax, the Magnuson-Moss Warranty Act and the current state of the upcoming mid-term elections.

In between an Industry Issues Seminar that featured several members of Congress and a reception at the Rayburn House Office Building, TIA members were in the offices of key members of Congress to help them better understand the issues that face the tire industry and remind them that tires aren’t just a business– they are the lifeblood of many hard-working American business owners. Throughout the day, TIA members met with at least 16 members of Congress (nine Republicans and seven Democrats) to share the positions that TIA members see as crucial for the future of their industry.

Information and a detailed look at TIA’s position on these and many more issues can be found on the TIA website.