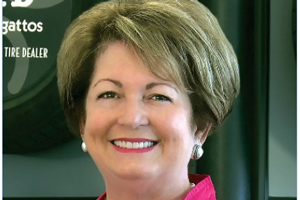 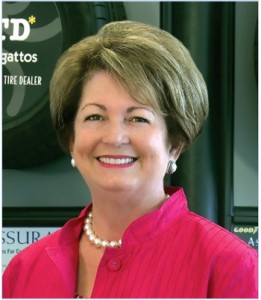 Pamela Gatto, president of Gatto’s Tires & Auto Service, has won the Car Care Council Women’s Board’s 2015 Female Shop Owner of the Year award. She will be presented the award during the Women’s Board press conference and receptions Nov. 3 at AAPEX.

The Female Shop Owner of the Year award is given to an auto care shop owner in recognition of her involvement in the industry and commitment to the advancement of women.

“Pamela is an inspiration to me and the many female shop owners across the country,” said Amy Mattinat, president, Car Care Council Women’s Board. “Not only does she run six locations of Gatto’s Tires & Auto Service, but she still finds time to be involved in the tire industry and give back to her community. This award is truly a well-deserved tribute to her leadership abilities and commitment to the advancement of women within the auto care and tire industry.”

Gatto is president and owner of Gatto’s Tires and Auto Service, with six locations in Brevard County, Fla. Early in her career she joined the family business and in 1994 became president of the company. Today, she oversees the company with her sons.

In 1997, Gatto became the first female president of the Tire Association of North America, now TIA. She is also a past president of Florida Independent Tire Dealers and Retreaders Association. In 2001, Gatto was inducted into the Tire Industry Hall of Fame and Gatto’s business was the first ever Tire Review Top Shop winner in 2007.

In addition to her work in the industry, Gatto is active in the community. In 2010, she was the Founders Forum’s Entrepreneur of the Year and in 2014, she was inducted as a Laureate to the Junior Achievement of the Space Coast Hall of Fame. She has also served as president of Junior League of South Brevard and chairman of the board of the Brevard Workforce Development Board, Space Coast Tiger Bay Club and Brevard Art Museum Board.